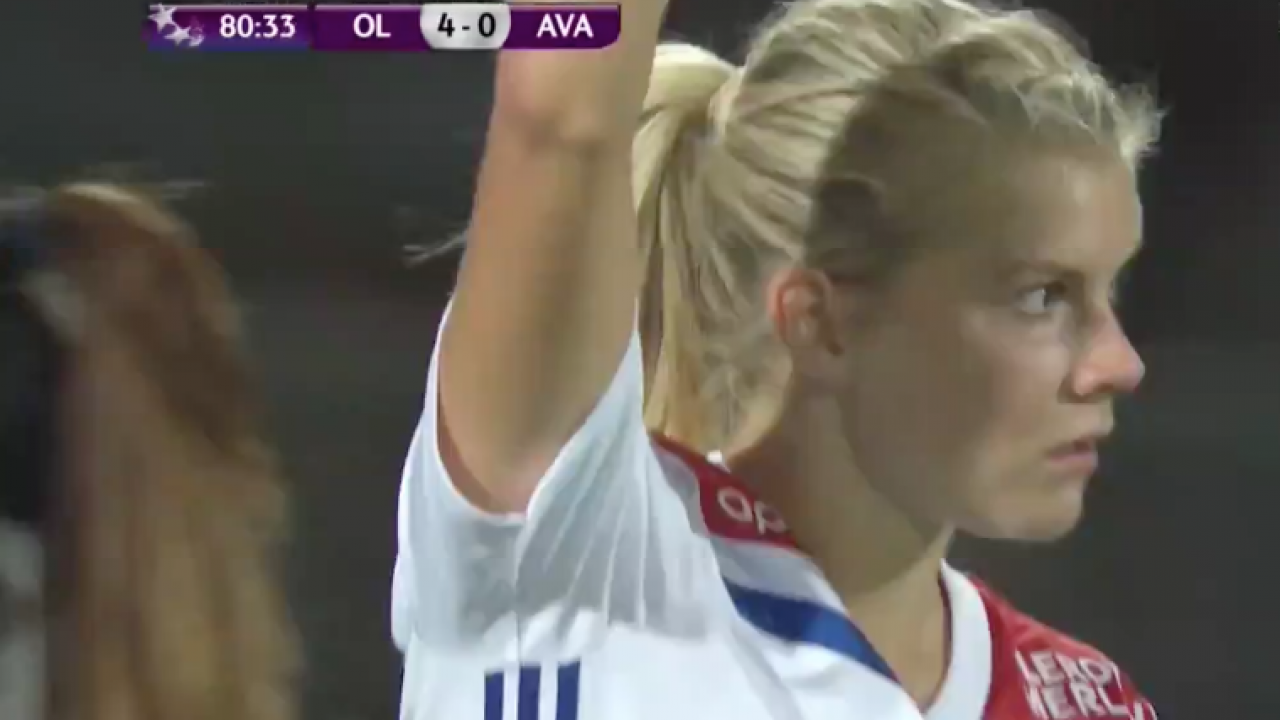 Ada Hegerberg may be the best women’s footballer on the planet right now. Sadly, FIFA awards don’t really know how to recognize talent in the women’s game. But this Hegerberg goal vs Avaldsnes in the Champions League on Thursday recognizes.

Hegerberg, a Norway international who plays for European champion Lyon, finished third in voting for The Best FIFA Women’s Player of 2018 behind Brazilian Marta and Germany’s Maroszán Dzsenifer, a teammate at Lyon. Marta, while perhaps the greatest women’s player of all time, has not had the same type of season as Hegerberg, who scored a record 15 goals in the prior Champions League campaign.

She’s off to a cracking start in the 2018-19 Champions League campaign, scoring twice in Lyon’s 7-0 aggregate win over Nordic side Avaldsnes. The second Hegerberg goal vs Avaldsnes was pure class.

Hegerberg is so good she doesn’t even celebrate a worldy like that, simply raising her arm as if to give the middle finger to FIFA for giving Marta The Best FIFA Women’s Player award.

You can probably put Hegerberg, who was named UEFA Best Women’s Player in 2016, down for a few more Champions League goals as Lyon is expected to make another deep run as the three-time defending champion.

And yes, you could argue there are a handful of other players who were also more deserving than Marta to be named The Best FIFA Women’s Player — Sam Kerr jumps to mind — but this Hegerberg goal is just a little reminder of the Norwegian striker’s ability.

(Random aside: I wish the women would use the obnoxiously blue Champions League ball, which the men use. It's awkwardly brilliant and unnecessary at the same time.)