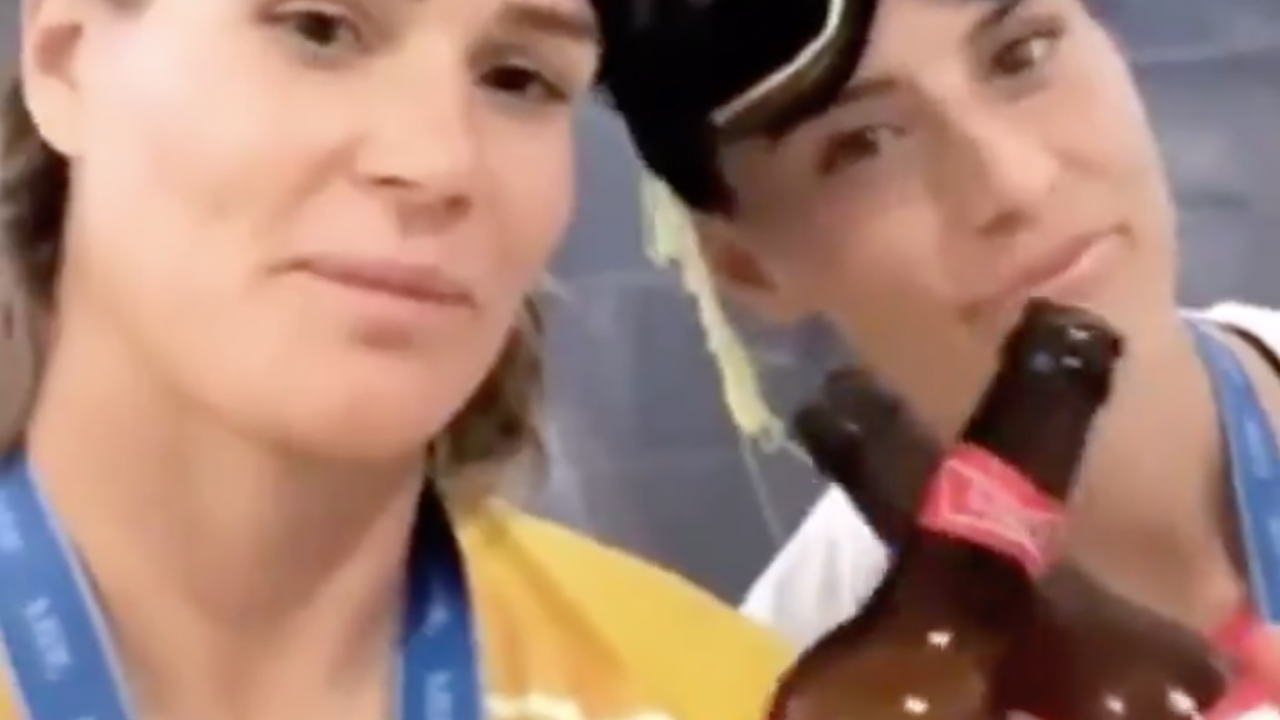 The Super Bowl is around the corner, a time when all Americans gather around a TV to shovel nachos into their mouths while drinking copious amounts of beer, all under the guise of watching that abating sport called American football. Of course, all anyone really cares about, besides the food and beer, is the commercials, and we got our nacho-covered hands on the latest 2020 Budweiser Super Bowl ad on Thursday.

Budweiser released its 60-second Super Bowl commercial more than a week before the big game to A) give viewers who won’t watch the Super Bowl a chance to see and B) secretly ensure there’s no outcry over its content before it’s shown to 100,000,000 people on live TV.

This year Budweiser went the inspirational patriotism route, because nothing sells beer like ’Murica. But instead of typical patriotic bullshit like tractors and American flags, the Budweiser Super Bowl ad focuses on using American stereotypes to show Americans at their best.

So of course the U.S. women’s national team was included.

Late in the commercial, as the rousing music reaches a crescendo, the narrator says: “Typical Americans, always celebrating with their typical American beer.”

And hey, that’s the USWNT, celebrating its Women’s World Cup title in France last year with, you guessed it, typical flavorless American beer! But it wasn’t just the USWNT featured; the NWSL champion North Carolina Courage were shown first, celebrating their 2019 title.

America, look beyond the labels. You might be surprised by what you find.

The USWNT also shared the spotlight with the Washington Nationals. This was a curious choice for Budweiser, as the two teams have one thing in common besides being champs: neither team’s supporters appreciate the work being done by the current U.S. president. Also, neither team likes Houston, as the Nats beat the Astros in the World Series and no USWNT player wants to play for the Dash.

It should be no surprise, however, to see women’s soccer featured so prominently in the Budweiser Super Bowl ad. Last summer, Budweiser became a chief sponsor of the NWSL. While it would’ve been nice for Budweiser to show its financial support to the league before the U.S. won the Women’s World Cup, the beer giant is still one of the few corporations willing to support women’s soccer, so kudos to them for that.

Now, I’m not going to tell you to go out and buy Budweiser just because it actually supports women’s soccer. That would be cruel to people who like good beer. But if you’re going to a party and need to pick something up for other people to drink, by all means grab a 12-pack of Buds for your friends (along with a secret stash of something good for yourself).

Part of the USWNT video appears to be ripped from Ashlyn Harris’ Instagram Stories. Both Harris and her teammate and new wife Ali Krieger took to social media to tout the new Budweiser Super Bowl ad.

Let’s Go! The @budweiserusa Super Bowl commercial is here. Every time I watch, I get to relive one of the best moments of my life with @Ashlyn_Harris. CHEERS! https://t.co/S3npWnhrTg

The @budweiserusa Super Bowl commercial is here! Can’t believe @alikrieger and I get to add this to our long list of memories together. Cheers!

The best part of all of this? I’ve now saved you from having to watch the Super Bowl, since you’ve already seen the best part. We all know devoted Sporting KC fan Patrick Mahomes is going to walk all over the 49ers in Miami.