Zlatan (Goal, Assist) Cheered At BC Place And Vancouver Players Weren’t Happy About It 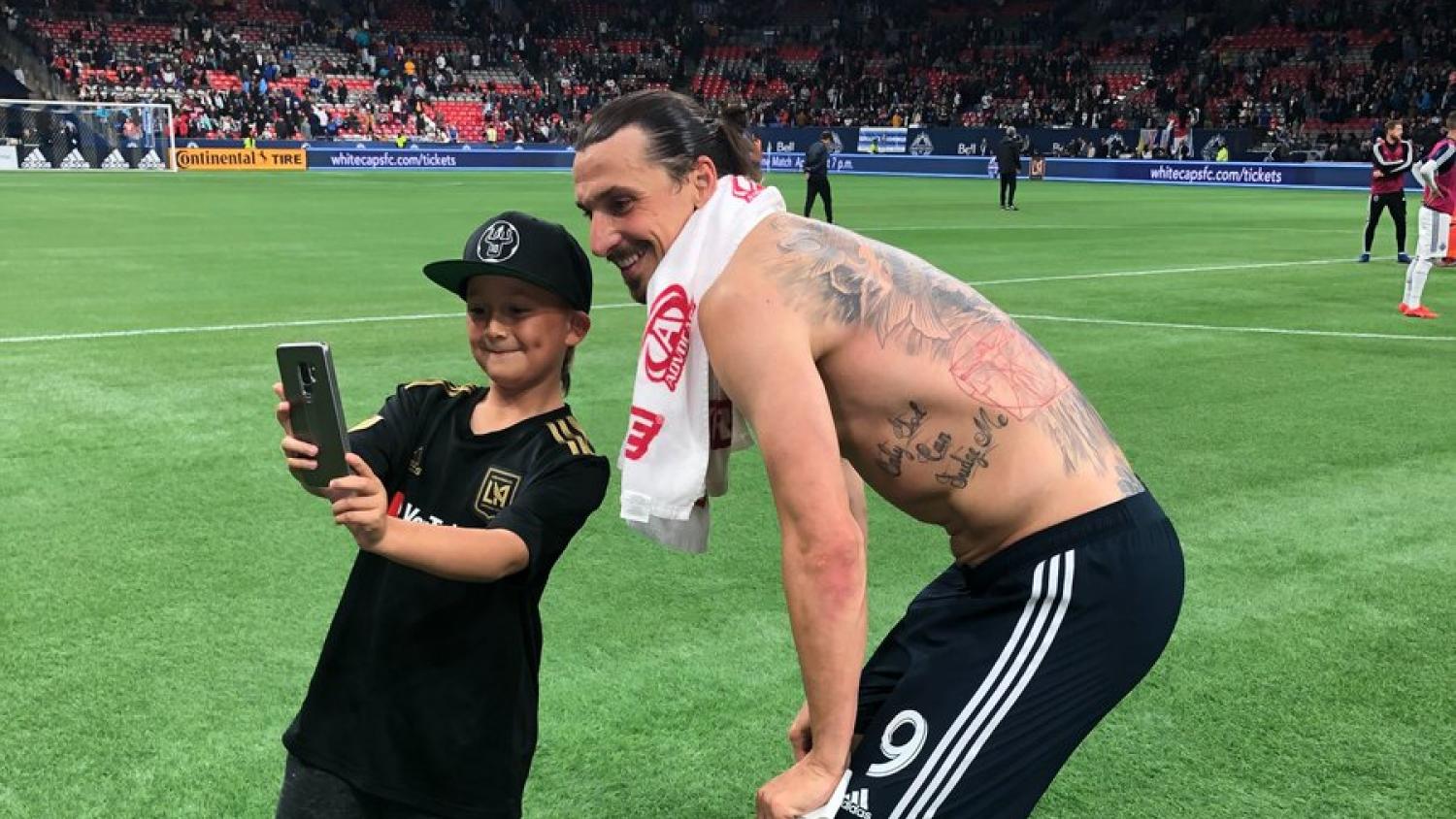 Zlatan Ibrahimovic, perhaps spurred on by the visiting fans, led the Galaxy to a 2-0 road win.
@LAGalaxy | Twitter

It hasn’t been a good start to the season in Vancouver. Still without a win, the Whitecaps welcomed the LA Galaxy to BC Place on Friday night.

The match actually started well for the home side, which was immediately awarded a penalty kick. But left back Ali Adnan’s awful Panenka attempt failed and the Canadian fans began to turn on their team.

Before the game and in the first half, Vancouver fans cheer for LA Galaxy star Zlatan Ibrahimovic. During an interview at halftime, Whitecaps midfielder Felipe Martins wasn’t happy about it.

Felipe Martins not too happy that the BC Place crowd is cheering for Zlatan. "I think this is kind of sad." #VANvLA pic.twitter.com/xMnGF2DgB1

It’s easy to understand where Felipe Martins is coming from. Players should expect to have their home fans cheer for them, not the opponent.

But this is no normal opponent. This is Zlatan, the closest thing to a god that exists.

Zlatan, probably inspired by the opposing fans’ adoration of him, carried the Galaxy to a 2-0 win, assisting on the first goal and scoring the second.

Less than 10 minutes later, Zlatan put the game to rest with some great chest control and another assured volley finish.

Just what the sell-out crowd came to see...

You’ll want to watch that above highlight with sound. Note how wildly the BC Place fans (again, Vancouver’s home field) cheer for Zlatan.

While you can sympathize with Felipe Martin, you can’t really blame the fans. The Whitecaps finished eighth in the Western Conference last year and have missed the playoffs in two of the last three years. Now Vancouver has one point five matches into the season.

Also, who can resist cheering for another goal from Ibrahimovic, who played to the crowd, blowing kisses after the goal.