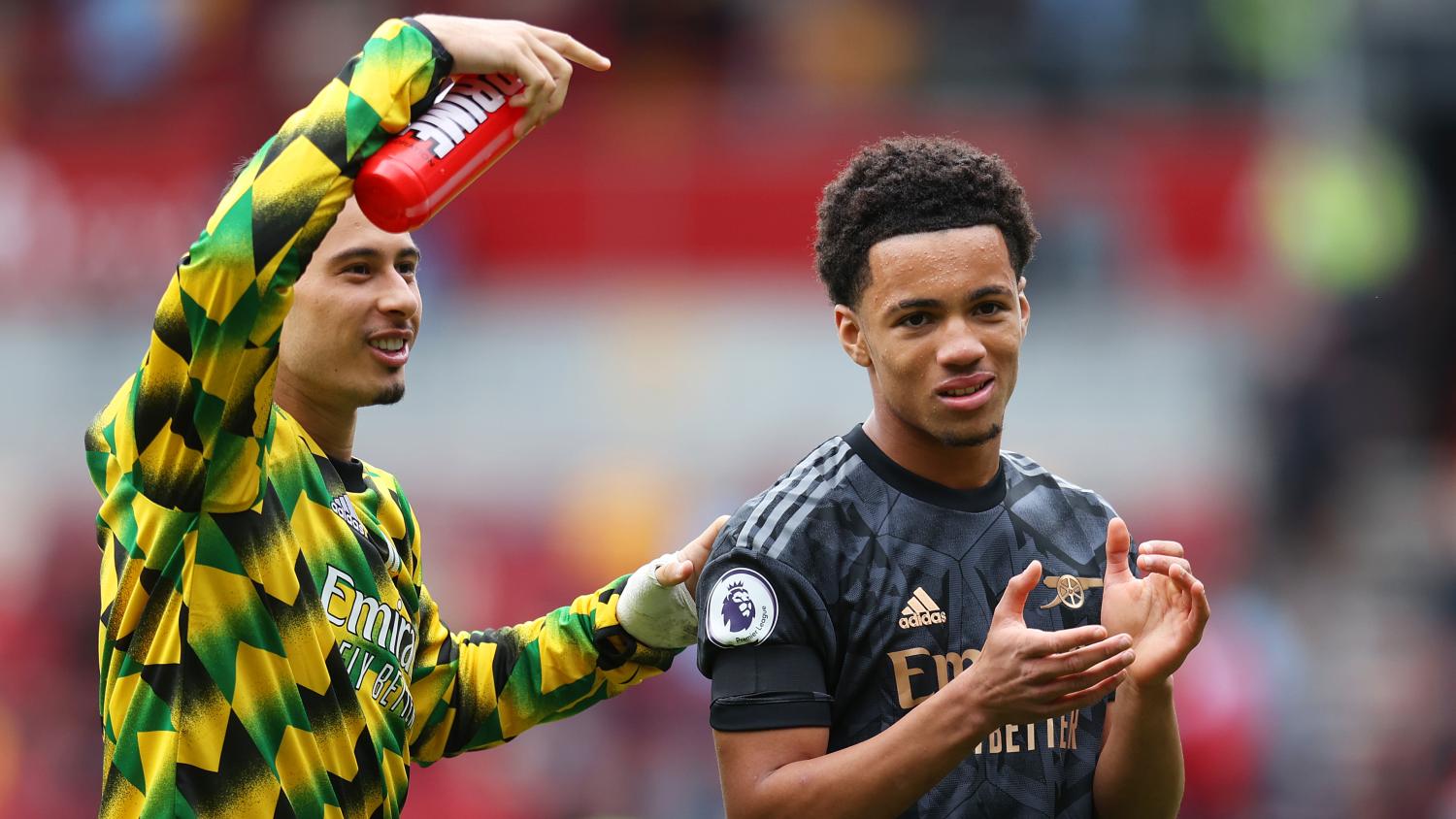 LONDON - Fifteen-year-old Ethan Nwaneri became the youngest player in Premier League history when he came on as a substitute for Arsenal as they returned to the top of the Premier League with a comfortable 3-0 win at Brentford on Sunday.

Goals from William Saliba and Gabriel Jesus gave Mikel Arteta's side a 2-0 lead at the break before Fábio Vieira completed the win in the 54th minute.

Nwaneri, who is 15 years and 181 days old, came on as a substitute for Vieira in the second minute of stoppage time, the first player under 16 to play in the competition. The previous youngest player to feature in the league was Harvey Elliott, now of Liverpool, who was 16 years, 38 days old when he made his top flight debut for Fulham.

What were you doing at 15 years old?

Ethan Nwaneri is 15 and playing for the league leading Arsenal. #MyPLMorning | #AFC pic.twitter.com/wHBKanV1Br

Arsenal had suffered their first defeat of the season in their last outing, at Manchester United, but never looked in danger, controlling the game from the outset.

Saliba got things under way, heading the visitors in front in the 17th minute, rising to angle a corner from Bukayo Saka in off the far post.

William Saliba scores and the the away end is singing! #AFC

Another header, 11 minutes later, doubled Arsenal's advantage with Granit Xhaka picking out Gabriel Jesus with a perfectly floated cross from the left which the Brazilian met powerfully.

Do your dance Gabby Jesus!

The game was put beyond Brentford in the fourth minute after the break thanks to a wonderful strike from outside the box by Portuguese midfielder Fábio Vieira, which rattled in off the post.

What a way to mark your first @PLinUSA start Fabio Vieira! #AFC

"We have a different mentality this season. We kept going and are training like we play and have class with the players that can make a difference," said Arsenal midfielder Xhaka. "More than happy we are in a good way but a long way to go."

Arsenal are on 18 points from the opening seven matches of the season with defending champions Manchester City a point behind and North London rivals Tottenham Hotspur also on 17 points. The defeat leaves Brentford in ninth place on nine points but manager Thomas Frank said they had lost to genuine title contenders.

"We lost 3-0, to the number one in the Premier League. I said before they are a top side. I think we performed quite well, not 10 out of 10 but if you want to win or get something out of a team (that are) flying, you cannot concede the first from a set piece and then the second one," he said. "We lost the game, I hate losing (but) they are top of the table so you cannot argue with that, they have done brilliant. Looking at the quality, they must be title contenders."