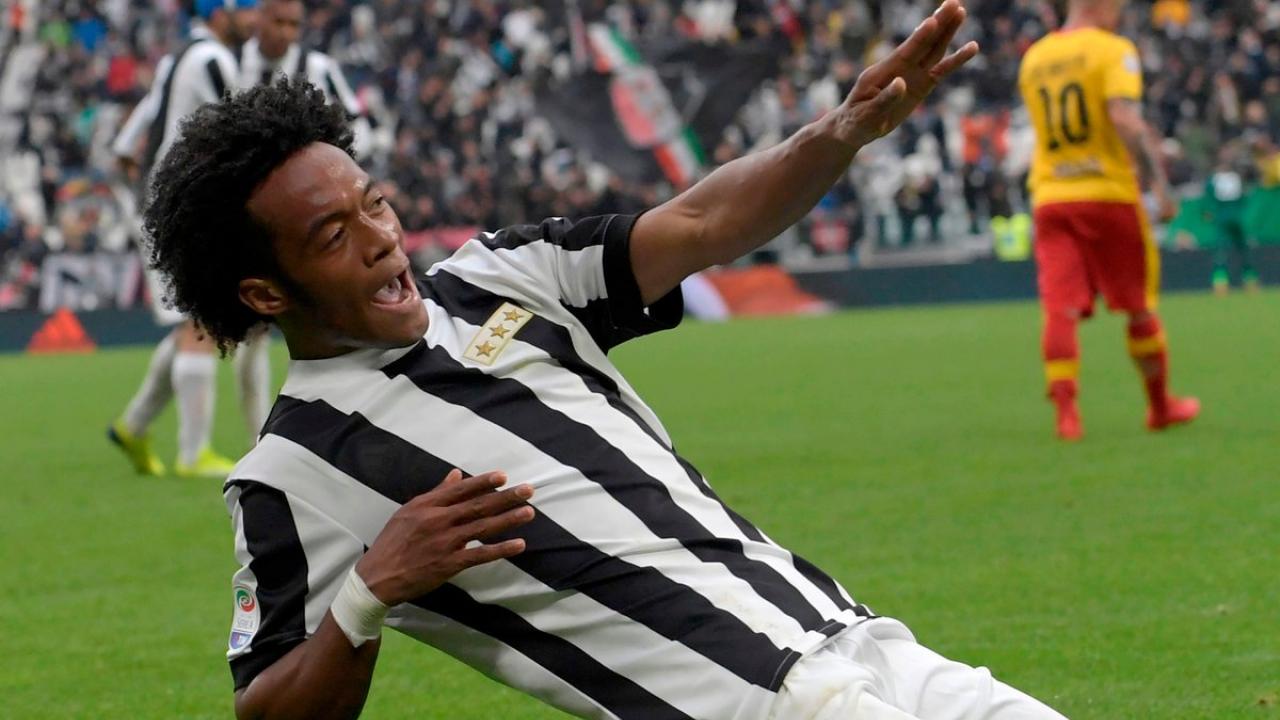 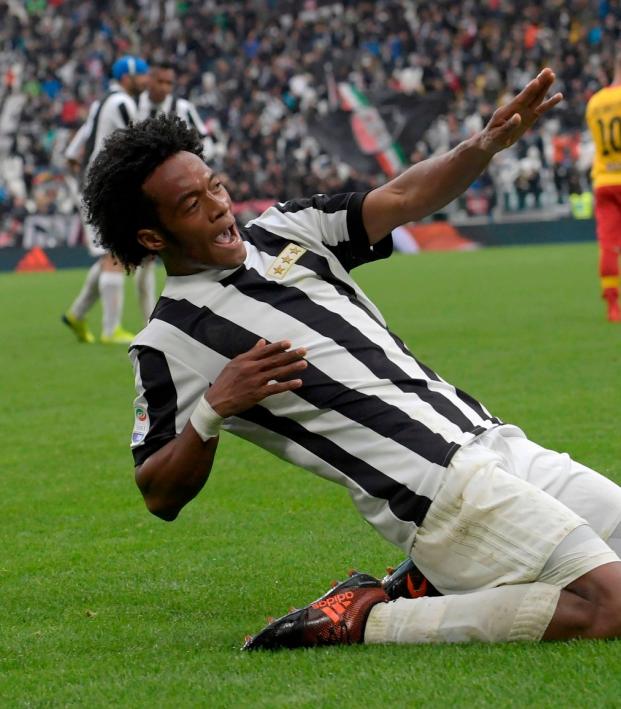 Without A Doubt, Serie A Is The Most Exciting League In Europe

Huw Thomas November 7, 2017
The question of who will win Serie A is on everyone’s lips. With Juventus, Napoli and Inter all in contention, we take a closer look.

Down at the bottom, Benevento are approaching comical levels of awfulness. Even after going a goal ahead at the champions this weekend, order was soon restored. Zero points from twelve games. Benevento might actually be able to go the whole season in single digits. Meanwhile, Genoa, Verona, Sassuolo and SPAL aren’t much better.

Nevertheless, we’ve had a week of stumbles. At the top of the table, the points gap tightened this weekend. The bigger teams are still not being beaten but they are beginning to look mortal. The effect has been to illustrate what an exciting season this could potentially be. Let’s look at a few of the major contenders.

First up, Juventus. You know them. I know them. Everyone knows them. The big bad. The best supported, most hated team in the country. The team who just keep winning championships. Even now that they’ve set their sights on higher goals – winning in Europe – they’re still a force to be reckoned with.

As mentioned, they went a goal down to Benevento on Sunday. Juventus almost never lose at home, but they let their guard down against the worst team in the league. After the first goal, they hit the woodwork numerous times before clawing back to a 2-1 victory. Grinding out results when not at their best: exactly what Juventus do so well.

After traveling to Portugal to play Sporting in the week, the champions clearly had their minds elsewhere — the Juve hierarchy has made no secret about their true aim being to win the Champions League. Amid that glitz and glamour, dropping points to relegation fodder in the league is a matter of concentration and focus. If Juve are going to slip up, it’s fixtures like this which will cause them problems. Not every team is as bad as Benevento; other teams will capitalize and take all three points.

The current league leaders had their own troubles. After being beaten on two occasions by Manchester City, they’ve ground out bore draws in each of the following league fixtures. Last time it was against fellow challengers Inter, this time against Chievo.

In truth, Napoli look tired. Playing against the best team in Europe and emerging with their pride intact should be commendable. Pep Guardiola’s post-match hagiography of the Napoli playing style should also warm the hearts of the manager, players and fans. But the typically lightning-fast passing that’s been their hallmark under Maurizio Sarri has noticeably slowed recently.

The problem here is rotation. Injuries to the squad – rather than the first eleven – have made rotation hard. Though they enjoyed nearly 75% possession on the weekend, they failed to turn this into a goal. Players such as Arkadiusz Milik would have provided not only fresh legs but an alternative approach when breaking down defensive teams. Napoli are in the lead after a blistering start but this game showed the monumental task which awaits their already-leggy squad.

Lastly, we come to Inter. What’s there to say about Inter? Typically, we would fill these paragraphs with jokes about clown cars and comments about that ‘same old crazy Inter.’ But the team who have spent so much of their history shooting themselves in both feet have finally learned some trigger discipline. Somehow, Inter have become a sensible side. A competent side. A good side.

Credit for this must be given entirely to Luciano Spalletti. After leaving Roma in the summer, he seemed a fairly boring choice for an Inter project looking to go right back to the top. But Spalletti has steadied the ship. And this is Inter, the ricketiest, silliest ship in the league. The defense is solid, the midfield robust and Ivan Perisic and Mauro Icardi are becoming truly lethal outlets. 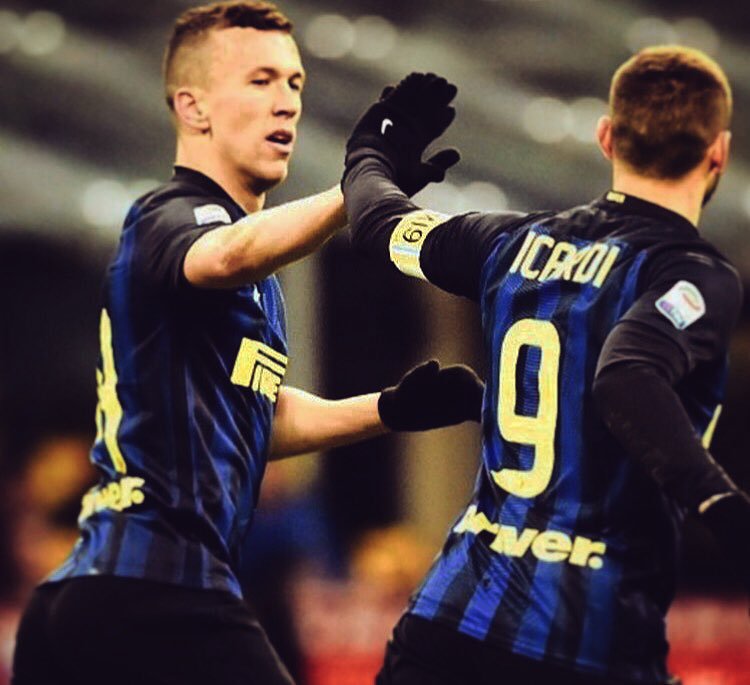 Inter are not really entertaining. Few would even bother comparing their somewhat-drab football to the thrilling rollercoaster produced by Napoli. But, damn, it’s effective. Inter are unbeaten. They drew at the weekend against Torino (who welcomed Andrea Bellotti back) but also forced Napoli into a draw.

Right now, they’re a force to be reckoned with, especially as they don’t have European games. Each week, Spalletti can drill his players and rest them for the challenges ahead. When thinking about the title, this could be essential.

Here we have three teams with a very legitimate chance to win the title. And that’s not even mentioning the two Rome teams, Lazio and Roma, who have produced some of Serie A’s most impressive European results this season and are lurking in fourth and fifth, respectively.

It all points to the fact that Serie A is shaping up to be the most competitive league this season. The Premier League looks all but wrapped up. A Messi-led Barcelona are being dragged kicking and screaming to the top while the Madrid teams struggle. PSG and Bayern are their usual dominate selves. If you want a week-in, week-out title chase, Italy is the best option.

The situation is strange. There’s Juventus, the consummate champions who would rather win in Europe. There’s Napoli, who’s European exploits are damaging their results in the league, which is what they really care about. And there’s Inter, who don’t have a choice in the matter as they only have the league as an option due to their previous poor performances. Yet all three could win.

But who will win Serie A? The smart money would be on Juventus, simply based on historical precedent. They’ve been in more difficult positions than this, they have the best squad and the most money. They could win the title on autopilot.

The romantics would say Napoli. They’re the team to whom it would mean the most. The chance to win the first title since Maradona left the club? The chance to vindicate Sarri’s swashbuckling style and dedication to attacking football? The chance to deliver a title to the city of Naples, whose residents are dedicated to the game like few others? Napoli want the title the most and – if footballing aesthetics were in any way important – they would, perhaps, deserve it the most.

But there’s something to be said for Inter. This isn’t quite a Leicester City story. Inter have not only won titles in the last ten years, they’ve also won a Champions League in that time. They’ve spent big and performed poorly in the aftermath. They’re not minnows or outsiders, but they are the long shot. Without European football and with such a competent manager, they do have the potential to go all the way.

As ever with Inter, their biggest enemy will be themselves. As long as they don’t go ‘Full Inter,’ they have a chance.

Picking a winner is difficult. But it doesn’t really matter. Watching them get there could result in the best title chase this side of the millennium. If you want excitement in your football, the tightening at the top this week in Serie A showed exactly which league you need to be watching.