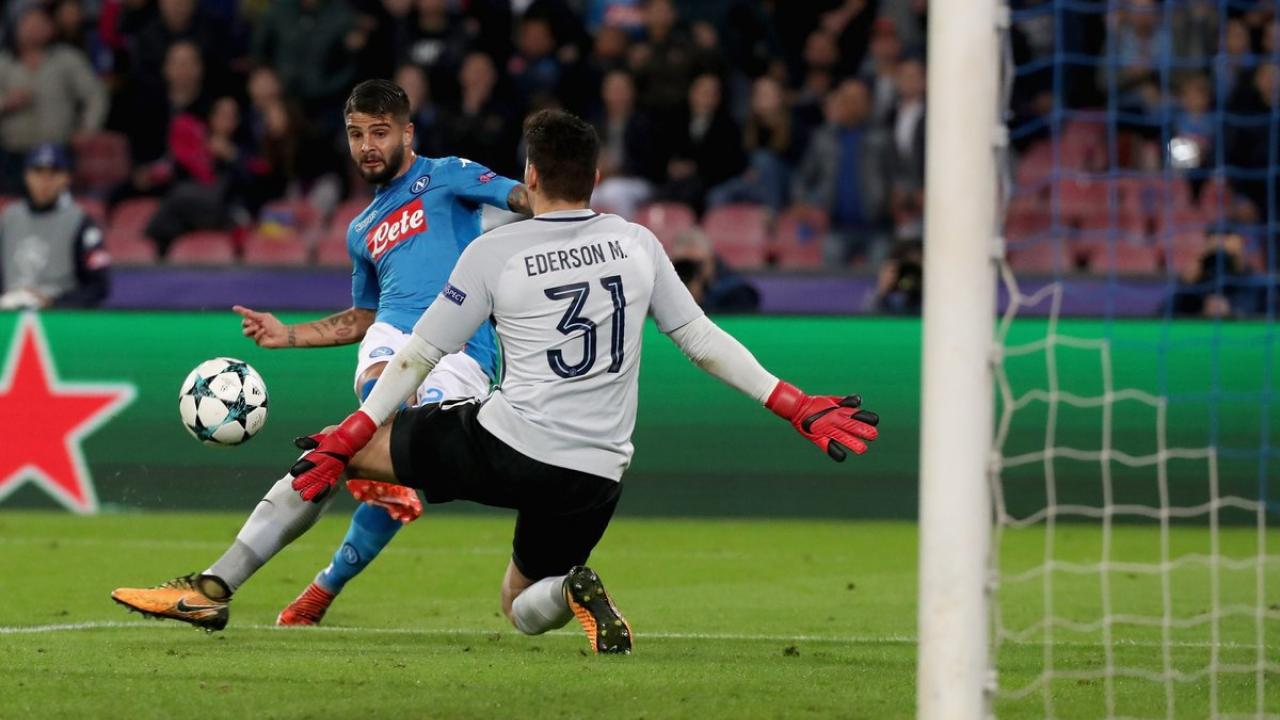 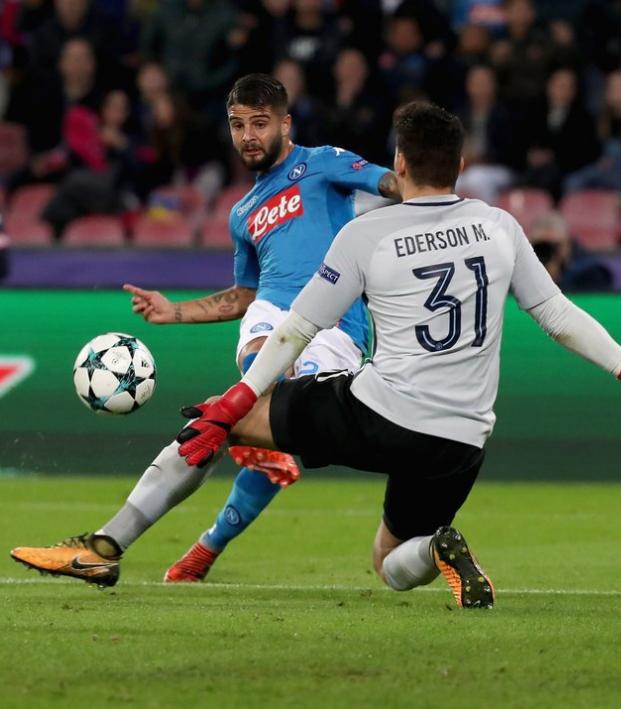 Napoli, Arguably Europe’s Most Exciting Side, On Verge Of UCL Disaster

Connor Fleming November 1, 2017
Manchester City defeated Napoli 4-2 in Naples, putting the Italian side on the brink of UCL elimination.

For a half-hour inside the Stadio San Paolo in Naples, Napoli didn’t just look like the best team in Italy — a statement backed up by their current position in Serie A — they looked like the best side in Europe. An opening period of dominance was stamped by a sensational goal in the 21st minute for the Neapolitans, and everything appeared rosy for the home side before defender Faouzi Ghoulam had to be substituted in the 31st minute with an apparent knee injury.

Then it all went to hell. The breathtaking match ended 4-2 in favor of the Citizens, and City secured passage to the Round of 16 with the victory. In Group F’s other match, Shakhtar Donetsk defeated Feyenoord 3-1, meaning that Napoli’s hopes of progressing are now on a knife edge.

From a neutral’s perspective, that’s trash. Napoli are a joy to behold with their high press, electrifying breaks forward and the individual brilliance of Jorginho, Marek Hamsik, Jose Callejon, Lorenzo Insigne and Dries Mertens.

It was the man of the hour Dries Mertens who pulled the strings for Napoli’s opener. The winger-turned-God provided a brilliantly angled one-touch pass for Insigne to finish, and the Stadio San Paolo rightly had visions of a famous night for their side.

But the injury to Ghoulam inexplicably changed the momentum of the match immediately. Both Kevin De Bruyne and Ilkay Gundogan had been invisible throughout the match’s opening period, but it was Gundogan who turned provider for City’s equalizer.

The German collected a short corner before rifling a cross at Nicolas Otamendi. The center half sent a powerful downward header just inside the far post.

City spent the rest of the half in control, and they got their second shortly after the break. Leroy Sane hit the perfect corner and John Stones rose to thunder a header off the crossbar and down over the goal line. Goal-line technology confirmed the latest effort from the reborn Stones.

Napoli were given a lifeline in the 63rd minute after Leroy Sane went full-on mad lad in the area, swinging his leg around like he was felling trees in the Pacific Northwest. Jorginho stepped up and buried the penalty in extravagant fashion.

It was game on, and Napoli should’ve grabbed the go-ahead goal in the 68th. Mertens played in Callejon, but his effort was somehow tipped over by Ederson. On the resulting corner, City scored their third. Yes, on Napoli’s corner.

A preposterously quick counterattack ended with basically every City player inside Napoli’s box, and Sergio Aguero provided the finish, making himself the club’s all-time goalscoring leader in the process.

It was an extremely depressing goal from a Napoli perspective and the game’s final 20 minutes reflected that. Napoli looked sad, and while their players individually began digging their own graves to lie down in, Raheem Sterling cropped up to slap a little slapper into the net.

It was a brilliant advert for sports on the whole — the kind of match that makes you want bring a soccer ball home to your parents, but not in a objectophilia way, you know?