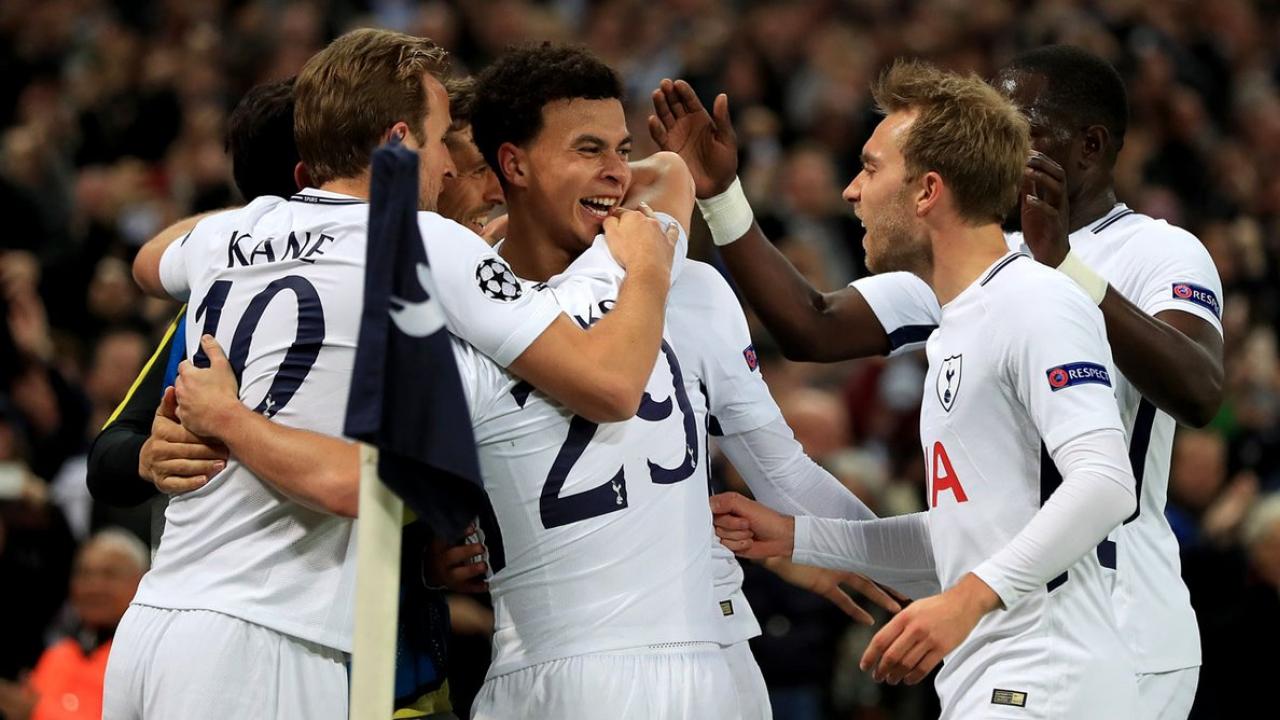 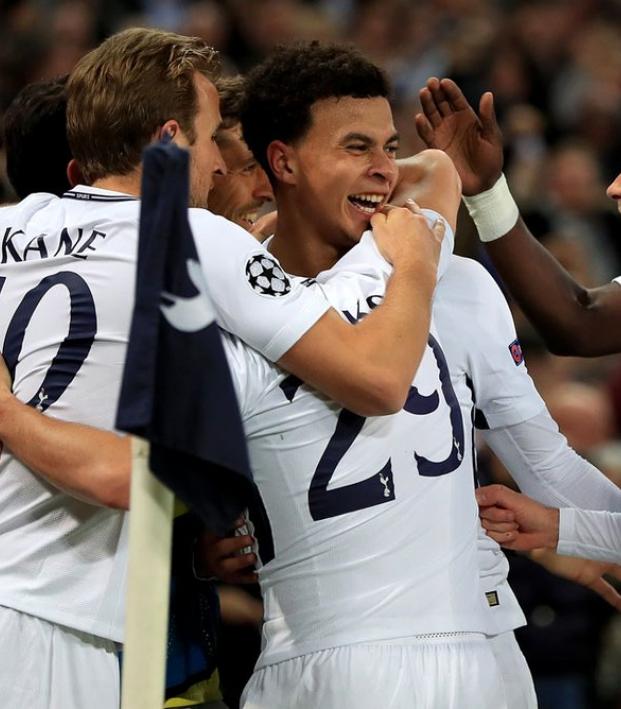 With 20 minutes left in the match, Londoners were shouting “Olé!” for every touch of the team in all white, which held a commanding three-goal lead. The two-time defending champions were chasing ghosts.

Tottenham crushed Real Madrid 3-1 in a Group H Champions League match at Wembley Stadium on Wednesday, staking a claim as one of the best teams in Europe and a legitimate contender for the Champions League crown.

Spurs clinched qualification through to the Round of 16 and with the inside track to winning a group that is objectively the toughest of the eight. Tottenham leads Group H with 10 points followed by Real Madrid with seven. Borussia Dortmund and APOEL are both on two points and all but eliminated.

Dele Alli, coming off a three-match suspension for a red card picked up last season in the Europa League, scored two goals and helped set up another as Tottenham enjoyed one of its greatest nights in the Champions League, soundly thrashing Real Madrid and making the Spanish side look pedestrian and out of sorts. 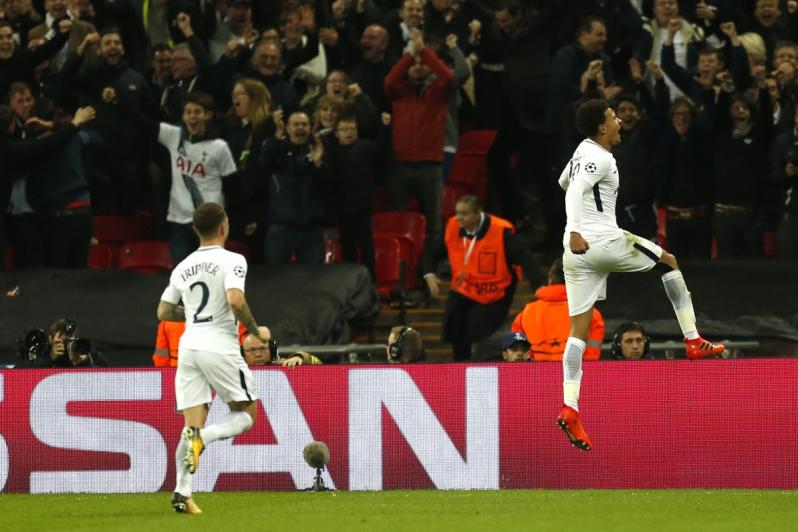 With Alli, Harry Kane and Christian Eriksen leading the offense and Jan Vertonghen and Davinson Sanchez manning the defense, Spurs looked like world-beaters. Whether it was naivety or lack of organization, Real Madrid’s defense rarely got close to Tottenham’s attackers. The opposite was true on the other end, with the attack of Cristiano Ronaldo, Karim Benzema and Isco dulled like a 200-year-old butter knife.

Tottenham has scored three goals three times in four matches in Champions League play this season. Spurs beat Borussia Dortmund 3-1 at Wembley, won 3-0 at APOEL and drew Real Madrid 1-1 at the Bernabeu. As impressive as Paris Saint-Germain and Manchester City have been thus far, it would be hard to argue against Tottenham having performed the best of any team in the Champions League.

Alli put Tottenham on top in the 27th minute, getting on the end of a cross from Kevin Trippier, who may or may not have been offside in the buildup.

Earlier in the match Alli did not make a back post run to reach a Trippier cross. This time he took a chance and was rewarded by becoming the first Spurs player to score against Real Madrid (their goal against Real Madrid two weeks ago was an own goal).

Dele Alli is making the most of his return from suspension!

He puts Tottenham up 1-0 on Real Madrid. https://t.co/lzaWfskb6p

In the 56th minute, Alli doubled Tottenham’s lead when he was given huge tracts of land in which to roam and pick out a shot that deflected off Sergio Ramos and past Kiko Casilla into the back of the net.

Real Madrid did everything but score in the 62nd minute off a corner, which included a Ramos shot being blocked by Ronaldo. Three minutes after that, Los Blancos were punished by the Lilywhites with a devastating counter attack.

Alli picked up the ball well inside his own half and fed it forward to Kane. The striker then found Eriksen wide open with no Real Madrid defenders back and the Dane made no mistake in his finishing.

Ronaldo smashed home a goal in the 80th minute, but it was much too little, much too late. Tottenham saw out the match with relative ease.

Real Madrid may be down big, but Ronaldo isn't about to give up. https://t.co/8ta61Ko0BE

Real Madrid, which like Tottenham came into the match in third place and eight points adrift domestically, was not good on Wednesday night. Toni Kroos and Luca Modric, both typically more accurate than a calculator with short- and long-range passing, both sprayed balls straight out of bounds at times. The back line of Marcelo, Sergio Ramos, Nacho and Achraf Hakimi looked clueless in dealing with Tottenham’s attackers.

Casemiro embarrassed his team with this little piece of embellishment that aptly summed up how Real Madrid performed as a whole.

All this came despite Tottenham having to completely change tactics in the 24th minute when Toby Alderweireld pulled up with a hamstring injury. Mauricio Pochettino switched from a back three to four at the back but Spurs didn’t lose a step.

No doubt about it, this was as impressive a performance from all levels — players and coaches — as you’re likely to see at this level this year from an English team. So is Tottenham good enough to win the Champions League?

Any team that can demolish a team of Real Madrid’s caliber has the potential to win whatever it wants. Yes, Real Madrid wasn’t at full strength (with injury prone Gareth Bale in their side, they’ll never get there), but this was a comprehensive spanking. 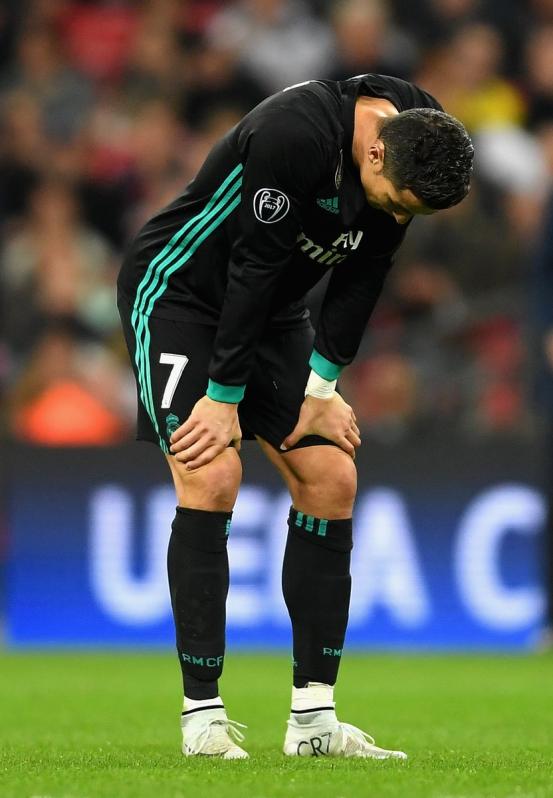 It’s a bit early to say Tottenham is a favorite, let alone the favorite. It’s not unusual for teams accustomed to advancing deep in the Champions League to take struggle in the group stage. Last year alone, Real Madrid, Bayern Munich, Manchester City and PSG all finished second in their groups. Real Madrid, of course, won the tournament. Of the teams that finished ahead of those group runners-up (Borussia Dortmund, Atletico Madrid, Barcelona and Arsenal, respectively), only one reached the semifinals.

Tottenham showed on Wednesday they are a force to be reckoned with in the Champions League. Few teams have been able to embarrass Real Madrid in the fashion Spurs just did; they set the bar for every other team in Europe this year.

Pochettino’s work isn’t done. Things will heat up in the knockout stages, where Tottenham has been only once, in 2011. But for now, Spurs look like one of the best teams in Europe.