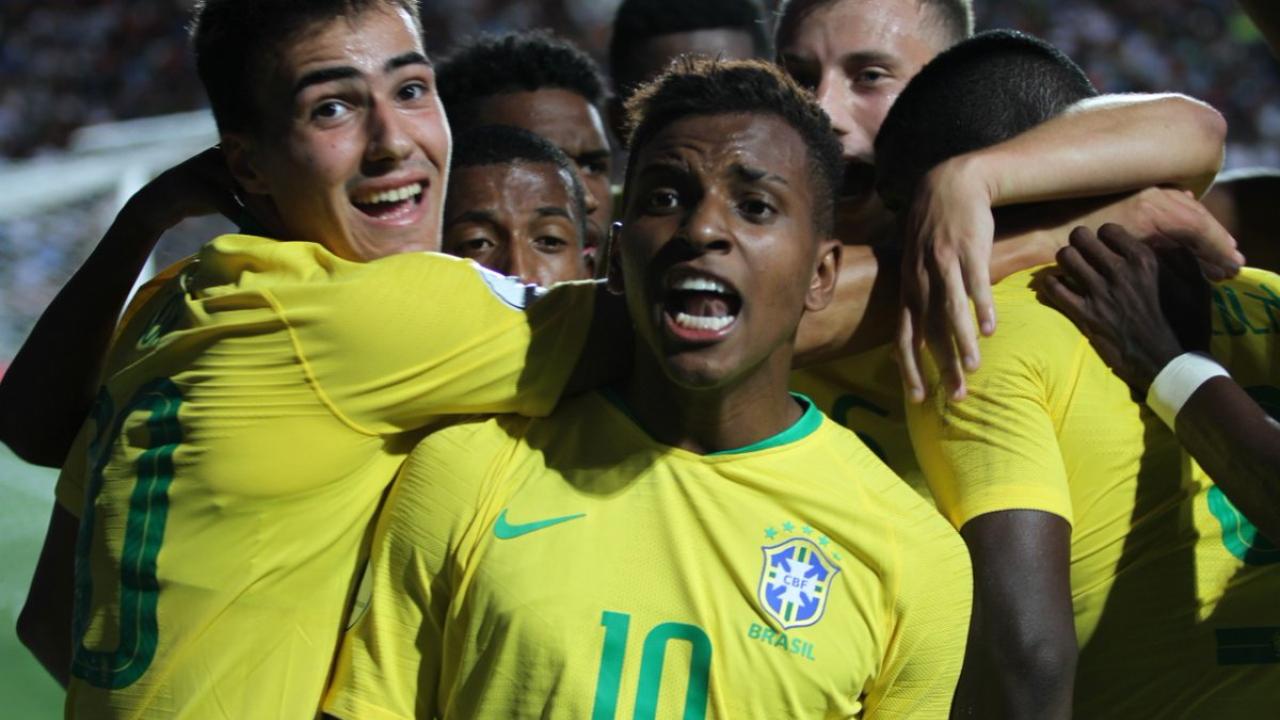 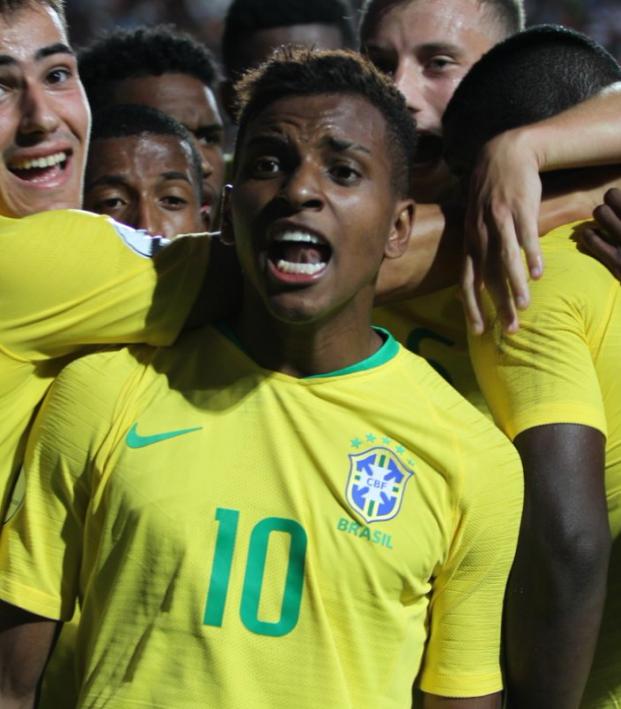 As 11-time winners of the competition, all eyes are traditionally on Brazil. The most hyped talent on the roster is 18-year-old Santos forward Rodrygo. The teenager is the youngest Brazilian to ever score in the Copa Libertadores, he finished joint-fourth in 2018 Kopa Trophy voting and he’s already agreed to join Real Madrid in June for a fee of $51 million.

Brazil began play with a 0-0 draw against Colombia, but then rebounded with a 2-1 win over Venezuela on Monday. The scorer of both goals for Brazil was, of course, that Rodrygo boy. His control and finish on the second goal is pretty special.

Marcos Bahia, who plays his club ball for Estoril in Portugal, is another 18-year-old Seleção talent who’s easy on the eye.

Brazil U20 midfielder Marcos Bahia showing his skills. He's been their best player so far at the #SudamericanoSub20 #SeleçãoSub20 pic.twitter.com/nGgeh3zd9p

And although Venezuela lost to Brazil on Monday, la Vinotinto’s youth team (it should be remembered that the senior side has never qualified for a World Cup) began the competition with victories over Colombia and Chile.

The victory over Colombia was secured with a free kick by Samuel Sosa. Back in 2017, Venezuela shocked the world when making an improbable run to the final of the U-20 World Cup. Sosa was on that team as a 17-year-old, and he made a name for himself when scoring an injury time equalizer against Uruguay in the semis with an incredible free kick.

Now 19, not much has changed in the life of young Sammy. Here’s the free kick against Colombia.

And the lone goal Venezuela scored in the defeat to Brazil was a free kick from Sosa at the death.

Venezuela has also earned plaudits for this finish against Chile.

And for this brilliant bit of crunching.

Down in Group B, it’s Uruguay (eight-time winners) and Argentina (five-time) that usually make the most noise, and you can’t look at Uruguay without wondering where the next great Celeste forward is at.

It might be 20-year-old Nicolás Schiappacasse, who’s currently on the books at Atletico Madrid but on loan at Rayo Majadahonda. His numbers for Uruguay’s youth sides are absurd, and he wrapped up the scoring in the 3-1 victory over Ecuador.

Argentina’s gotten off to a rough start with a draw against Paraguay and a defeat to Ecuador. Maxi Romero, who plays for PSV, has scored his nation’s lone goal at the tournament.

Gol de Argentina! Maxi Romero! Great cross by Facundo Mura and the PSV man nods it in at the back post. Argentina 1 x 0 Paraguay #SudamericanoSub20 pic.twitter.com/YnTnBoPUOT

Unfortunately for Argentina, Agustin Almendra — a Boca Juniors 18-year-old who’s been tabbed as the next Juan Román Riquelme — was ruled out of the tournament with a knee injury.