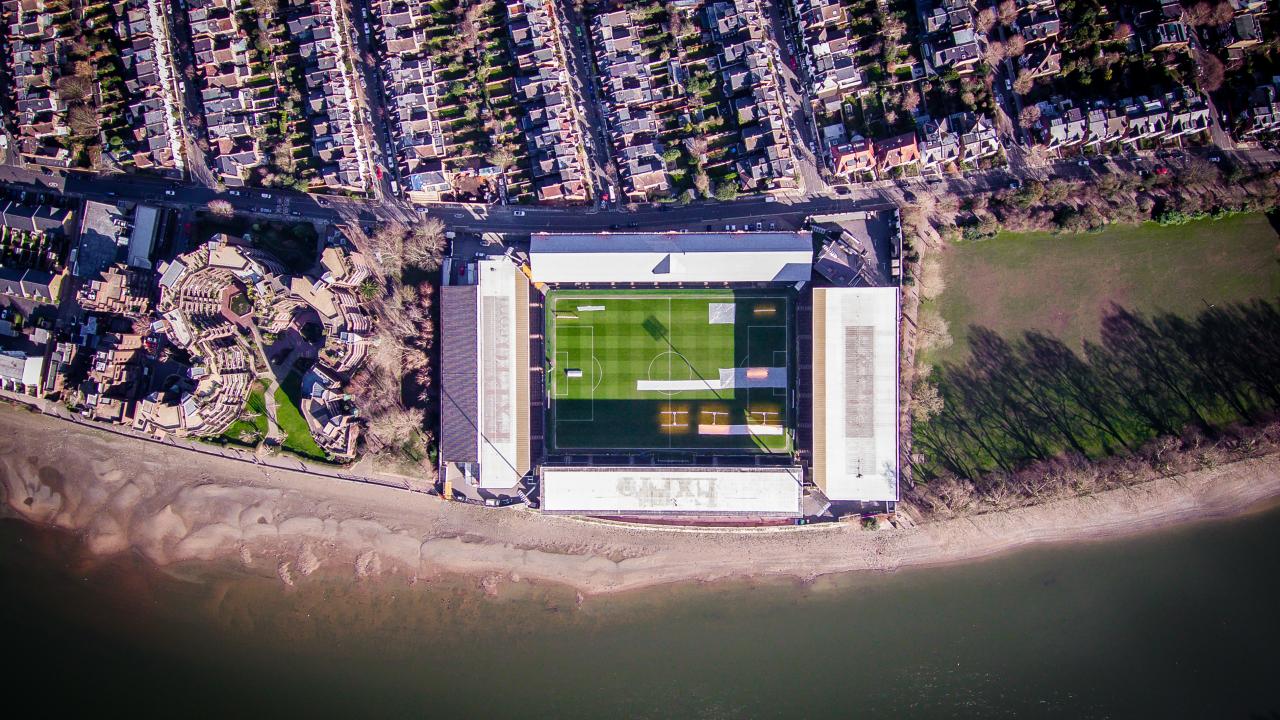 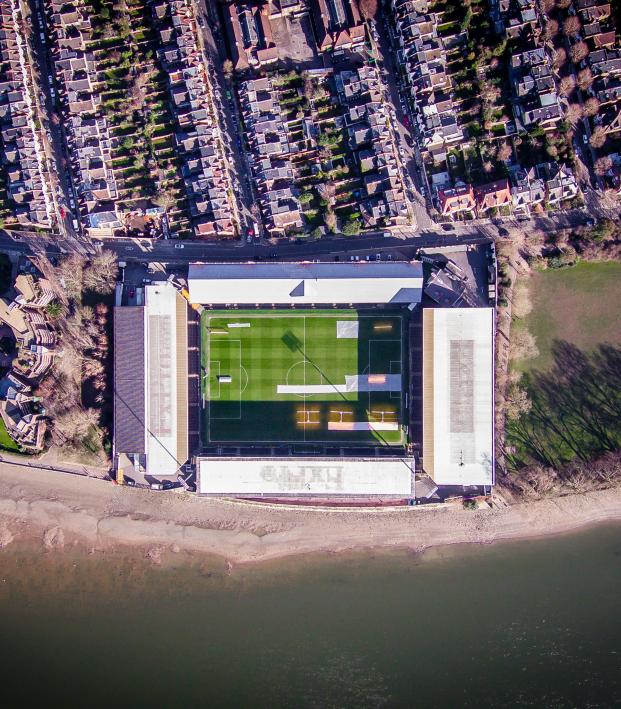 Which Newly Promoted EPL Side Has The Best Chance Of Staying Up?

Yousef Alshammari July 26, 2018
The Wanderers, the Bluebirds and the Cottagers enter the grand stage. Which one will you root for?

The new English Premier League promoted clubs are Wolves, Cardiff City and Fulham. The three new kids on the block replace the relegated teams of Swansea City, Stoke City and West Brom. The newly promoted clubs climbed up the ranks from the EFL Championship, and we’re here to let you know what they’re all about. Plus, why you should cheer for each one.

After all, they’re playing with the big boys now.

Wolverhampton Wanderers, or simply Wolves, was established 141 years ago in the West Midlands of England, and it was originally known as St Luke’s FC.

During the 2017-18 season, Wolves emerged as the Championship winners. Finishing with glory is nothing new to Wolves. As their motto goes, “Out of Darkness Cometh Light”. The Wanderers have cometh out with various championship and title victories.

And Wolves' Ruben Neves certainly knows a thing or two about glorious goals.

The club's achievements include:

Wolves fans celebrate promotion to the EPL with a 0-0 draw with my team Sheffield Wednesday pic.twitter.com/L2zWxPemsO

The almost century-and-a-half old club has produced prominent, even legendary players in addition to their silverware. Most notably, Billy Wright, who captained England’s national team a record 90 times and was also the first player to earn 100 international caps. Wright spent his entire 20-year professional career playing for Wolves. He later managed Arsenal in the 60s.

The great Robbie Keane, Ireland’s leading scorer with 68 goals, started his professional senior career with the Wolves in 1997.

The current team is packed with talent as well as a trio of Portuguese players. The attack consists of Ivan Cavaleiro, Helder Costa and Diogo Jota while the mostly English defense is captained by Danny Batth. And with the newly signed Joao Moutinho from Monaco, who in the EPL is ready to stop four Portuguese players?

We are delighted to confirm that @JoaoMoutinho has signed for Wolves on a two-year deal. #BemVindoJoão

Manager Nuno Espirito Santo is doubly celebrated as the Wolves won the EFL and gained entry to the EPL while their main rivals West Brom were relegated. Plus Espirito Santo, “Holy Spirit” in English, is both an awesome and terrifying last name.

Wolves last Premier League season was in 2011-12, but with Diogo Jota’s 17-goal record and the sturdy defensive line of Santo’s formational managing, this club isn’t to be taken lightly. If anything, Wolves seem like a more stable and promising club than Arsenal right now.

Also known as the Bluebirds, Cardiff is also over a century old. Founded in 1899, the club’s initial name was Riverside AFC, and it isn’t located in England. Cardiff is in Wales (it's the capital). Wales is a sovereign country and also part of the United Kingdom…it’s a wee bit complicated, so don’t worry about that.

The promotion excitement, however, is not that complicated:

The Bluebirds placed second after Wolves, hence its promotion to the Premier League. Cardiff, whose crest also has a red dragon because of Malaysian owner Vincent Tan, also has a set of impressive silverware and achievements:

Cardiff was also the FA Cup finalist in 2008 against Portsmouth. The Welsh club does have a tendency to create superstars that end up at Liverpool like current Sky Sports pundit and former Liverpool forward Craig Bellamy. Another Liverpool player who started at Cardiff is none other than Reds’ Serbian midfielder Marko Grujic.

Cardiff’s Joe Ralls, a defensive midfielder, also scored an impressive seven goals, but the Englishman received eight yellow cards while doing so. So he doesn’t mind getting his feet dirty? No problem as long as he isn’t pulling a Sergio Ramos and crushing players all the way to intensive care.

If you’re a fan of young bucks getting exported to Liverpool and a gritty take on playing football, Cardiff is definitely a team to root for! Also, manager Warnock has 35 years of experience and is a certified referee. He knows the game like the back of his toupee, I mean hand.

Founded in 1879, the 139-year-old club, formerly known as St. Andrews Cricket and Football Club, is the last of the promoted trio. Fulham, also known as the Cottagers, the Whites and the Lily Whites, placed third in the EFL after Cardiff. It's the oldest London team to ever play in the Premier League.

Tom Cairney's goal helped Fulham back into the big time with a composed finish during the Championship Playoff Final against Villa on Saturday #FFC #AVFC #EPL #TuesdayThoughts pic.twitter.com/BDbbvQwOfg

Fulham has never won a major league title, but don’t let the lack of sparkle on their silverware cabinet fool you, they’ve shown multiple times that they’re not to be taken lightly. These are Fulham’s achievements:

The Cottagers don’t have as many impressive achievements as Wolves or Cardiff, but they’ve shown their tenacious potential a couple of times. As a Second Division team, Fulham managed to face-off against West Ham United for the 1975 FA Cup. Fulham lost 2-0.

In 2010, Fulham shocked the world and themselves by contesting the UEFA Europa League final against Atletico Madrid. Fulham lost 2-1 in extra time.

The club’s lack of trophies and rather unsuccessful history make it a first-class underdog now that they’ve managed entry to the Premier League. The extra boost Fulham has is, of cours,e the ever so relentless Serbian manager Slavisa Jokanovic, who took his former team Watford to EPL promotion back in 2015.

“It got to a point where it didn’t matter who played, we just wanted to get promoted. I think that should be the aim for everyone; the team goal. You have to be a team player, and that’s what I am.” - Rui Fonte  pic.twitter.com/Y70jMKZBkB

Jokanovic was a defensive midfielder who spent two years playing for Fulham rivals Chelsea towards the end of his professional playing career. The former Yugoslavian national team captain is no stranger to developing teams into stardom. In 2012, Jokanovic took Muangthong United to Thailand’s Premier League glory and took Serbia’s Partizan club to two consecutive doubles in the early 90s.

Although Fulham is riddled with loaned players who outdid themselves for the Cottagers, one name strikes out the most: 18-year-old Ryan Sessegnon. The England Under-21 player, who also has a twin brother playing for Fulham too, scored a staggering 16 goals this past season. Sessegnon’s attacking talent pushed him from left back to left winger, and it was his assist that gave Fulham the last oomph against Aston Villa for EPL promotion.

Sessegnon won the UEFA Under-19 Championship with England in 2017 and the Sky Bet Championship Fan’s Player of the Year in 2018:

If you like underdogs and risking it all for the win, Fulham is the team to keep an eye on.