Less Than 24 Hours Into Premier League Season, VAR Is Already Pissing People Off 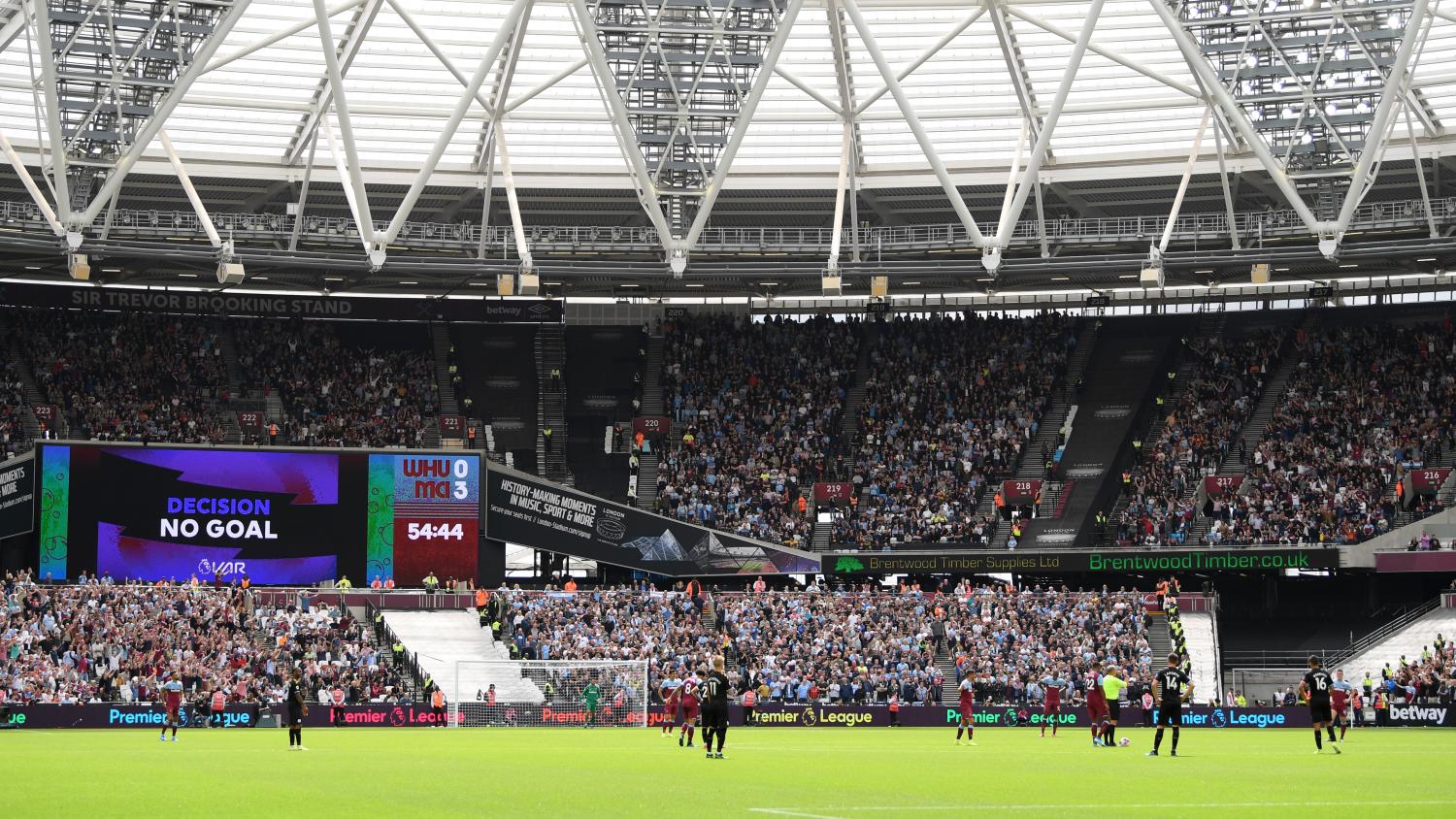 The Premier League season is less than 24 hours old, but you can’t escape people complaining about the introduction of Video Assistant Referee. The Man City VAR decisions in particular rankled the British pundits who make a living on arguing about referee calls.

VAR was introduced to the Premier League — one of the last big leagues to add replay — for the start of the 2019-20 season, which began Friday with Liverpool’s uncontroversial 4-1 win over Norwich City. (Well, uncontroversial except for those socks.)

The first match on Saturday, brought plenty of controversy. But as Arlo White said Saturday: “Is it controversial if it works?”

Manchester City defeated West Ham 5-0 to leapfrog Liverpool to the top of the Premier League table after 0.05 percent of the season had been completed. While the result wasn’t really ever in doubt, VAR took center stage.

First, a Gabriel Jesus goal was called back because Raheem Sterling’s armpit was offside in the buildup. Then Sterling had a goal allowed despite appearing to be offside on first glance. Finally, Sergio Aguero got to retake a penalty kick (which was confirmed by VAR) after VAR ruled Declan Rice had encroached.

Just watch as the NBCSN crew reviews the Man City VAR decisions and then spends about five minutes whining about the “spirit of the game.” Rebecca Lowe, normally level-headed, seemed exasperated that there was some sort of system in place to get calls right.

VAR in the Premier League is supposed to be called on in cases of “clear and obvious errors” or “serious missed incidents” surrounding goals, penalties, direct red cards and cases of mistaken identity. While the “clear and obvious” still has some kinks to work out (it actually doesn’t apply to offside calls), the fact is VAR got these calls right, which is the whole point of VAR.

Yet Lowe asked Robbie Earle and Graeme Le Saux if VAR affected their enjoyment of the match and both said yes.

Is there still margin for error in  #VAR?

It seemed like, despite five goals being scored, VAR decisions were the only possible topic of discussion after the match City-West Ham.

It's all a bit tiresome this early in the season. VAR is here to stay and it’s getting calls correct. What more is there to discuss?

But hey, at least Sterling, who had a hat trick despite all the VAR talk, understands it’s about getting the calls right.

Man City's @sterling7 on VAR: “It’s difficult during the game, but at end of the day if the decision is right that’s all that matters”#WHUMCI pic.twitter.com/HQFryuGD9v