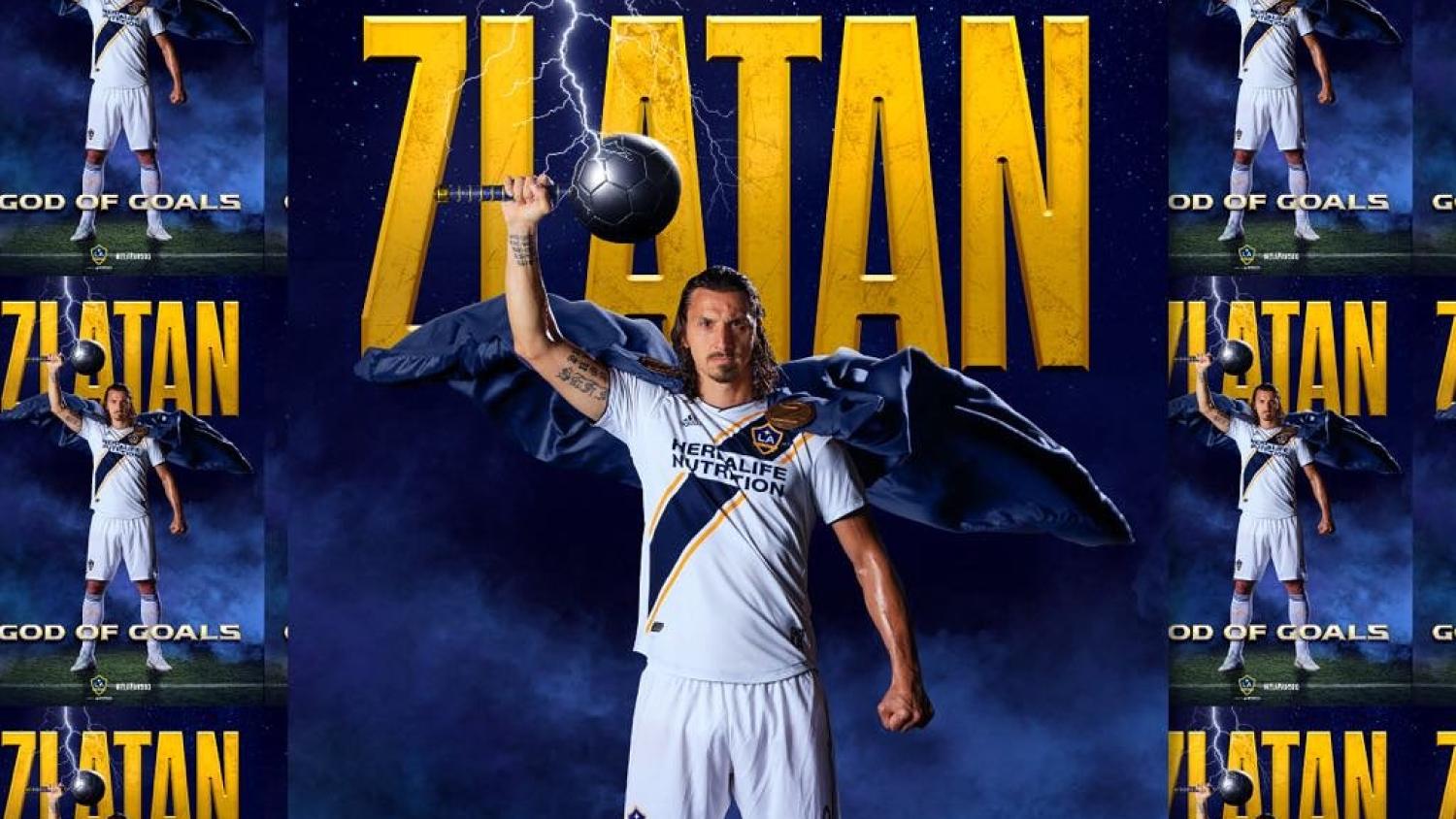 Zlatan Ibrahimovic has always had a flair for the dramatic. His ability to contort his 6-5 frame, even at 36 years of age, has allowed him to score some of the most mind-rending goals you’ll ever see. Zlatan's 500th goal was more of the same.

Zlatan Ibrahimovic scored his 500th goal for club and country with a wild karate kick thing on Saturday night, becoming the third active player after Lionel Messi and Cristiano Ronaldo to reach that milestone.

Zlatan's 500th goal came in the 43rd minute of a match that was just as bonkers as the Swede’s career. Watch him just completely dismiss his markers (of which Michael Bradley was one) before swinging his leg around to kick the ball past Toronto keeper Alex Bono.

Still not quite sure what to call that. A round-house kick? A flying volley? A Zlatan?

Regardless, it was brilliant from one of the greatest pure goal scorers of our time. A god of goals, you might say. And by you, I mean Zlatan.

Even the Toronto fans applauded the effort of the new god of North American soccer. According to Ibrahimovic, the city of Toronto was fortunate to be the victim of Zlatan's 500th goal.

Zlatan interview on the field “I am happy for Toronto, they will be remembered as my 500th victim.”https://t.co/smcSpWvWaj

Zlatan's 500th goal was his 17th for the LA Galaxy. Here’s a breakdown of where he’s scored his goals throughout his epic career, which has spanned some of the best clubs in the world.

Zlatan's 500th goal was the fourth in a wild eight-goal thriller, maybe one of the best matches of the season. Toronto went up 3-0, LA tied it at 3-3 then Toronto scored the final two to win 5-3.

Here are the full highlights, which included Sebastian Giovinco literally passing to himself to score (thanks to Jozy Altidore failing to receive the pass).

Stunningly, for all their talent, both Toronto and LA are unlikely to make the MLS playoffs. Even after the win, Toronto is mired in ninth place, nine points behind the final playoff spot in the Eastern Conference. In the Western Conference, the Galaxy are in eighth, a full eight points better than Toronto but six points out of the final playoff spot.