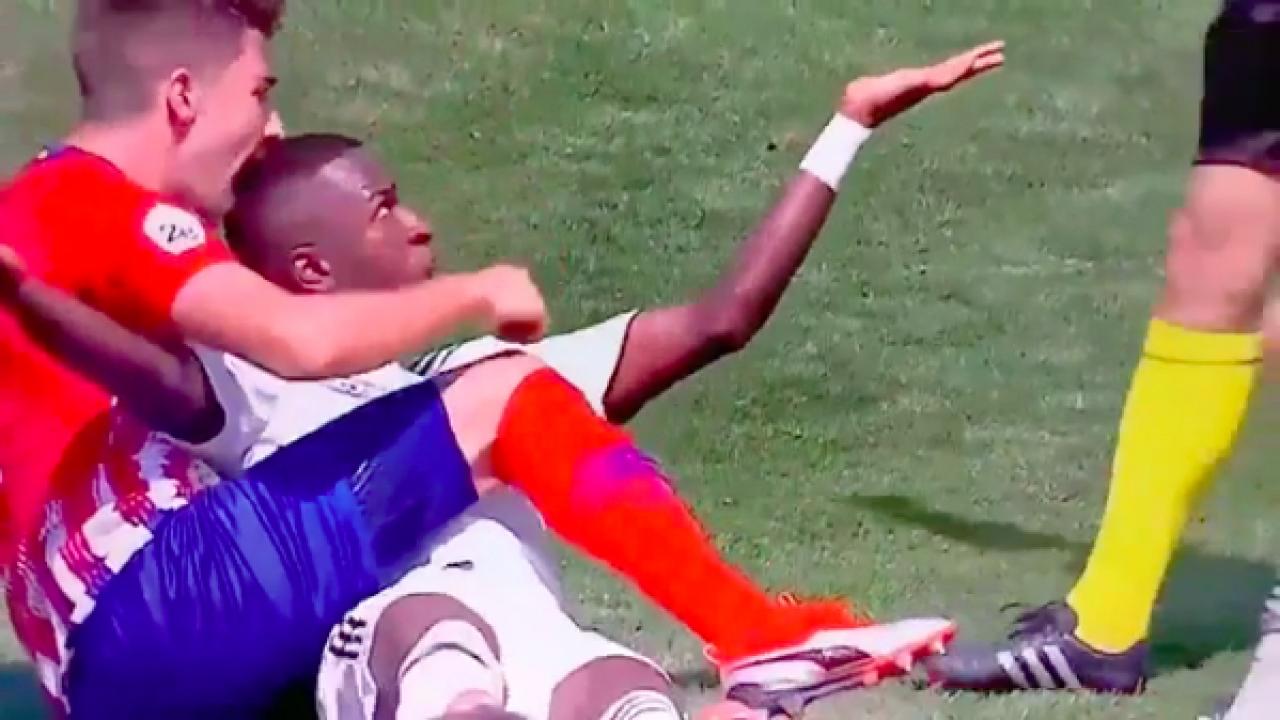 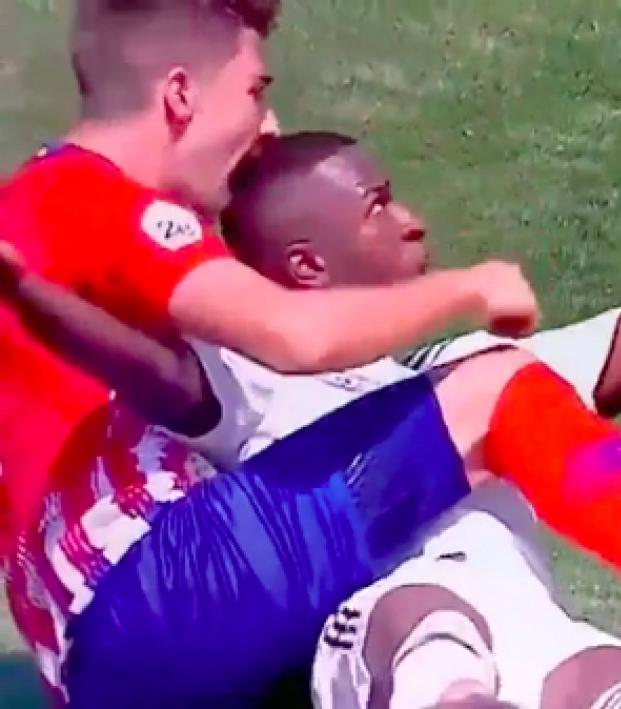 18-year-old Brazilian wunderkind Vinícius Júnior appeared in his second match for Real Madrid Castilla (Real’s reserve team) against Atletico Madrid B today. The Madrid Derby in Segunda División B (Spain’s third division) ended in a 2-2 draw with Vinícius Jr at the center of everything for Real, scoring a brace while also getting his head munched on by Atletico captain Alberto Rodriguez.

After arriving in Madrid for $53 million after turning 18 back in July (making him the most expensive U-19 transfer of all time), the Rio de Janeiro native was immediately touted as the future on the left-hand side of Real’s attack. However, with 22-year-old Marco Asensio turning in a string of brilliant performances throughout the club’s perfect start to the LaLiga season, Vinícius Jr has been delegated minutes with the Castilla side.

As the highlights below show, it’s only a matter of time before the teenager is given an opportunity with the senior team.

In the third minute of the match, Samu Araujo gave Atletico the early advantage, but Vinícius Jr equalized only two minutes later after a great run down the left wing.

In the 27th minute, the 18-year-old made it a brace with a sensational strike from outside the area. You'd have to think that this goal has almost certainly given him a place in the squad for Real’s trip to Bilbao on Sept. 15.

Atletico would equalize in the 58th minute through Dario Poveda, and then things would get real derby-y in the final 30 minutes with the referee brandishing seven yellow cards.

In the 81st minute Vinícius and Atletico’s captain Alberto Rodriguez were booked following this strange altercation. Rodriguez appears to try to eat the Brazilian’s dome piece — an impossibly difficult task but an action that certainly shows a lot of endeavor.

Vinícius Jr has yet to appear for the senior Brazil team and wasn’t among the call-ups for the Selecao’s matches against the USMNT and El Salvador in New Jersey and Maryland, respectively.