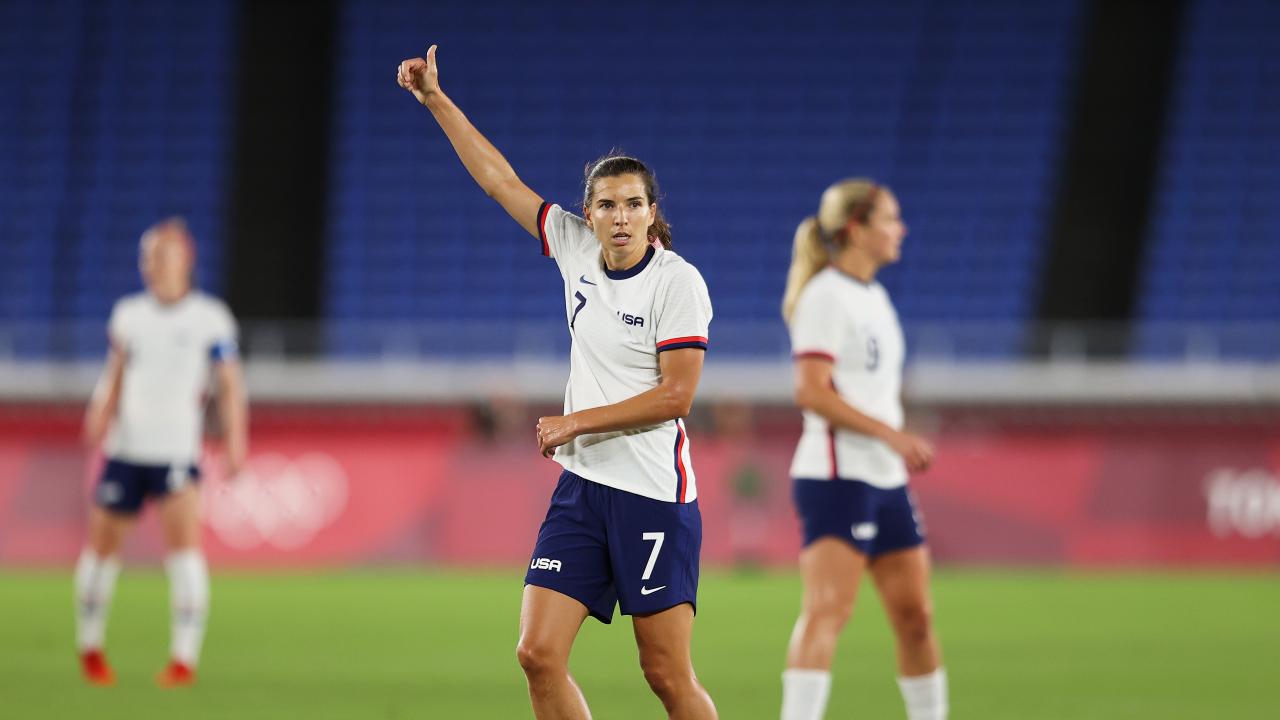 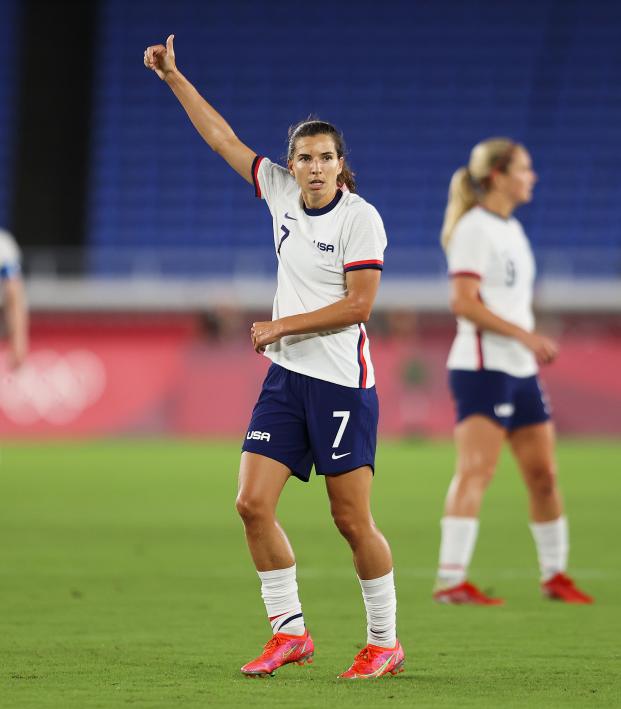 If Ted Lasso Can Figure Out Offside, Why Has It Been So Hard For The USWNT To Stay Onside?

Travis Yoesting July 30, 2021
The USWNT has had more goals called back for offside than goals that actually counted. That’s not good.

There’s a moment in “Ted Lasso” where the eponymous coach yells at an assistant referee: “How is that offside!? No, I’m asking you, seriously: Explain offside to me, it makes no sense!”

Part of me wonders if that scene was based on the true story of Vlatko Andonovski at the 2020 Tokyo Olympics.

Andonovski’s USWNT has had nine goals called back for players being in offside positions in four matches at the 2020 Olympics. The U.S. has scored eight goals that actually counted.

It’s a major problem, but so far it’s yet to really cost Team USA.

The USWNT racked up four more offside goals in Friday’s 2-2 draw with the Netherlands, advancing only thanks to Alyssa Naeher’s shootout heroics. They advance to face Canada in the semifinals on Monday at 4 a.m. ET, where a win against their Concacaf rival ensures a spot on the podium.

If the U.S. wants to get past a tough Canadian squad, it’ll have to do a better job staying onside.

It begs the question: Why is the USWNT constantly offside? More importantly, is it something Andonovski and his players can fix before the semifinals?

With four matches to play in Japan, the Golden Boot race is a tight one. In first place is the Netherlands’ Vivianne Miedema, who added two goals on Friday but is now out of the competition. Hot on her heels is “USWNT Offside Goals” with nine.

With two more matches to play (the semifinal and either the gold- or bronze-medal match), I’d expect at least one or two more offside goals unless the USWNT can improve its timing on the attack.

The Americans’ offside woes started in the second match against New Zealand (Sweden didn’t even allow the U.S. to get close enough to goal to be called offside). The USWNT scored six against the Football Ferns, but that could’ve been 10 had it not strayed offside on four goals. It was an offside clinic for first lady Jill Biden, who was in attendance.

While those four offside calls didn’t hurt the U.S., a single instance cost the Americans in the final group-stage match.

The USWNT failed to score for a second time in three games in a 0-0 draw with Australia to close out Group G. Had Alex Morgan’s header not been narrowly offside, the Americans would’ve come away with a victory.

In the end, the draw was enough to secure a place in the knockout rounds, and Sweden’s win meant the U.S. couldn’t have overtaken it for first in the group even with a win.

If not for the heroics of Alyssa Naeher, the U.S. would almost certainly be blaming offside goals for having crashed out of the Olympics in the quarterfinals for a second time in five years. Four times the USWNT put the ball into the back of the net only for the offside flag to be raised. (The Netherlands had one goal called back for offside.)

If this photo triggers your fight or flight response then congratulations, you’re a #USWNT fan.
111’ - #USA 2 #NED 2 pic.twitter.com/eXNkLB3Eeq

It speaks to the determination of these U.S. players that they continue to power forward in search of goals despite repeated offside calls. Sometimes you have to toe the offside line to score in a game often decided by inches. But it also speaks to a deep-lying issue on offense that needs to be sorted out.

The most common cause for being offside is timing, and Team USA’s clocks seems like they’re still on U.S. time.

Against New Zealand, Rose Lavelle picked out a great run from Lindsey Horan on the other side of the pitch, lobbing a back-post cross the Coloradan headed home. But Horan was barely offside, and the goal was disallowed. Was Horan at fault for going too early? Potentially. But so too could Lavelle have been a bit quicker in releasing the pass.

It’s been a theme of the Americans’ offense in Tokyo, with so many runs and passes being just a fraction off. Christen Press twice couldn’t hold her runs to stay onside against the Netherlands, guilty of having two goals called back.

The more worrisome reason the U.S. keeps getting caught offside is simply players not being aware of where they are on the pitch.

Morgan’s disallowed header against Australia was awfully close to being onside, but she failed to realize the Matildas defense pushed out beyond the six-yard box before the cross was played in. Lloyd similarly had a potential worldie called back because she lazily allowed herself to be offside when Emily Sonnett played the ball in to her. Lloyd could clearly see she was behind the last defender but did nothing to stay onside, which was a shame because her finish could’ve been the goal of the tournament.

What can Andonovski do with a quick turnaround before the semifinal against Canada? For starters, show his players tape of every single offside they’ve committed and make sure they focus on the details. The U.S. team has been just a bit off this whole tournament, and it may be time to hammer home the basics.

After that, I suspect training will feature plenty of drills that require timing to ensure the players are in sync come Monday. It’ll be hard to skate through the entire tournament without hitting full stride, so if they don’t find their timing soon, they’ll miss out on gold for a second straight Olympics.

Failing that, maybe Andonovski can invite Coach Beard to explain offside to the players. When Ted Lasso couldn’t figure the rule out, it was his trusty sidekick who explained it to him using condiment bottles.

If Ted Lasso can eventually come to understand the offside rule, hopefully the USWNT can stay onside in its final two Olympic matches. And if not, maybe they can pull out the Lasso Special for a late winner off a set piece.