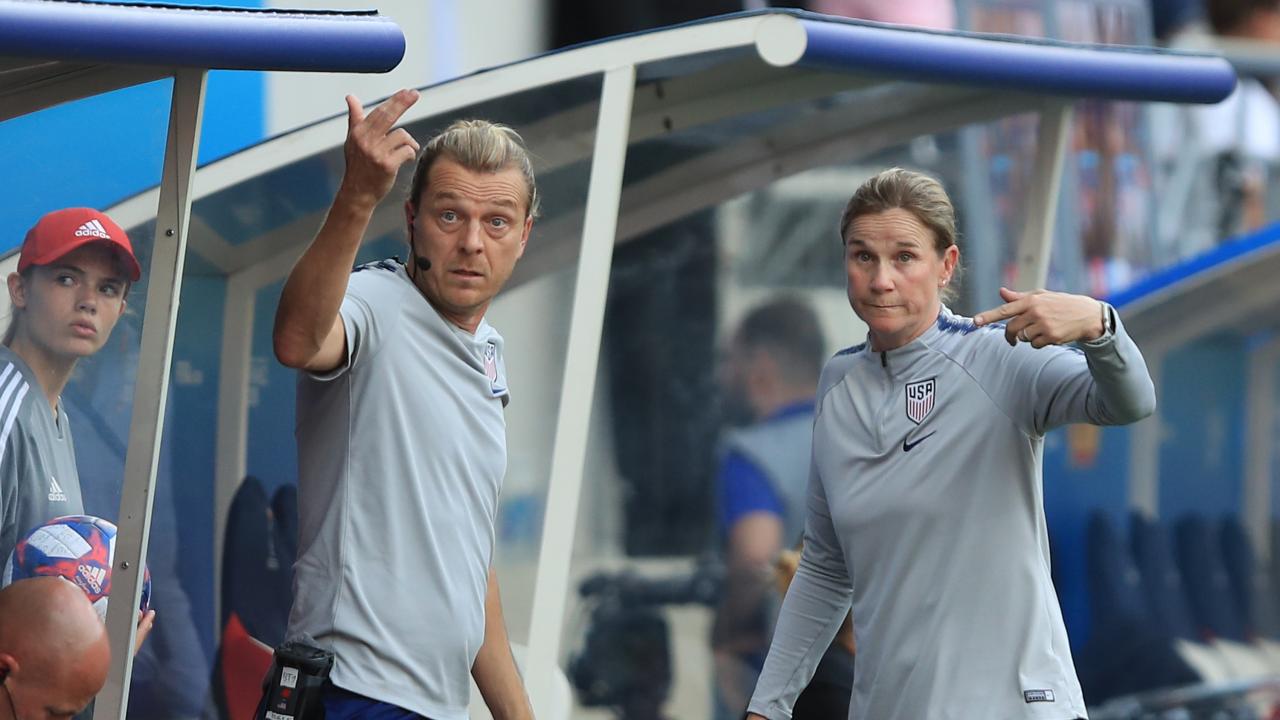 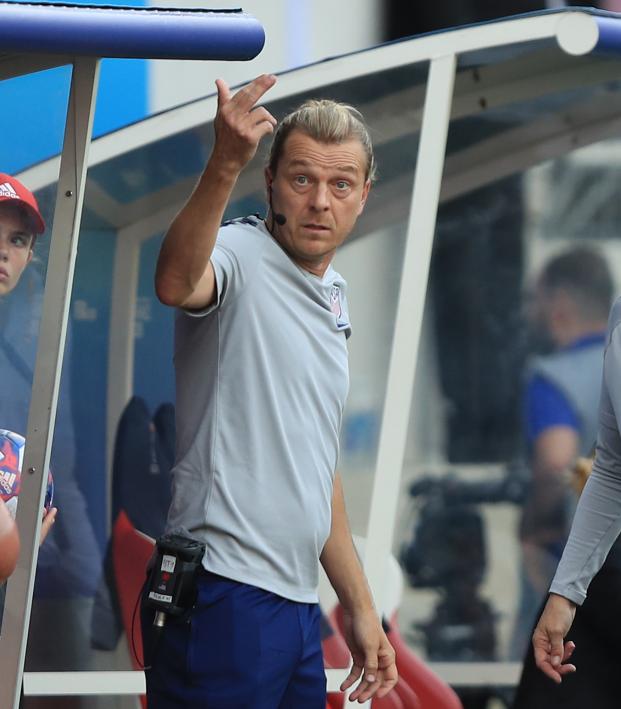 Just Who Is That Man-Bun On The USWNT Bench?

Travis Yoesting June 26, 2019
You’ve seen him alongside Jill Ellis throughout the Women’s World Cup, so who is he?

We’ve all seen him by now, the USWNT assistant coach.

With a broad, reassuring face and hair pulled back tight, he shadows U.S. head coach Jill Ellis on the sidelines, almost brother-like in appearance.

So who is this guy anyway? And what’s with the man-bun?

The man-bun sitting on the USWNT bench is Tony Gustavsson, the top USWNT assistant coach. Gustavsson is a 45-year-old Swede with the cushiest job in all of sports.

Gustavsson was born in Sundsvall, Sweden, and enjoyed a 16-year playing career, mostly in his home country. He had a one-year stint with the Orlando Lions, at the time a USISL Premier League club that served as the precursor of sorts to the current-day Orlando City SC.

He began coaching while still playing at Ytterhogdals IK in the Swedish second division. After retiring as a player, he took over Hammarby IF in 2006, though he was fired in 2009 after getting the club relegated. (USMNT coach Gregg Berhalter got his first head coaching job at Hammarby from 2011-13, becoming the only non-European to coach the club.)

In 2012, Gustavsson became the head coach of Tyresö FF, his first gig as a women’s coach. The previous manager, Hans Löfgren, had built Tyresö from the third division into a Swedish powerhouse, bringing in players like Brazilian legend Marta and Swedish star Caroline Seger, now the captain of the national team. But Löfgren was forced out after being convicted for buying sex.

It was also in 2012 that Sundhage, a fellow Swede, asked Gustavsson to join her staff as a USWNT assistant coach. He obliged but did not follow Sundhage when she left the Americans to coach Sweden later that year.

Instead, Gustavsson brought in some of his former USWNT players to Tyresö, including Christen Press, Whitney Engen, Meghan Klingenberg, Ali Krieger and Ashlyn Harris. The club reached its peak in 2014, reaching the UEFA Women’s Champions League final only to lose 4-3 to German powerhouse Wolfsburg. Soon after, the club fell into insolvency and was denied a license for 2015.

In 2014, after Tom Sermanni was fired as USWNT coach, Gustavsson was one of three finalists for the USWNT head coaching job. The position was given to the Englishwoman Jill Ellis, but she brought Gustavsson on as an assistant.

“Tony will be an excellent addition to our coaching staff,” Ellis said at the time. “We have worked together before and I am delighted to have him come on board as we move toward Women’s World Cup qualifying. He brings tremendous international experience and a fantastic energy to our program. I am excited to have him join us in a couple of weeks.”

Gustavsson has served as Ellis’ assistant ever since, apparently enjoying his role.

Who could blame him? It doesn’t get much easier than being an assistant coach for the world’s greatest sports team. The USWNT’s winning percentage makes it the greatest team in sports history, better than the Tennessee Volunteers women’s basketball team, New Zealand rugby team or Brazilian men’s national team. Gustavsson sits in the background as the U.S. women demolish the competition (most of the time).

Now sporting what I hope is an ironic man-bun, Gustavsson has stayed out of the limelight as Hope Solo blasted Jill Ellis before the World Cup and later when those criticisms rang true in a narrow win over Spain in the round of 16.

Gustavsson, who never made an appearance for the Swedish national team, is three wins away from a second Women’s World Cup title as a USWNT assistant coach.

Not bad for a man who only got into women’s soccer because of a failed attempt to buy sex.

As for the man-bun? Some questions are better left unanswered.