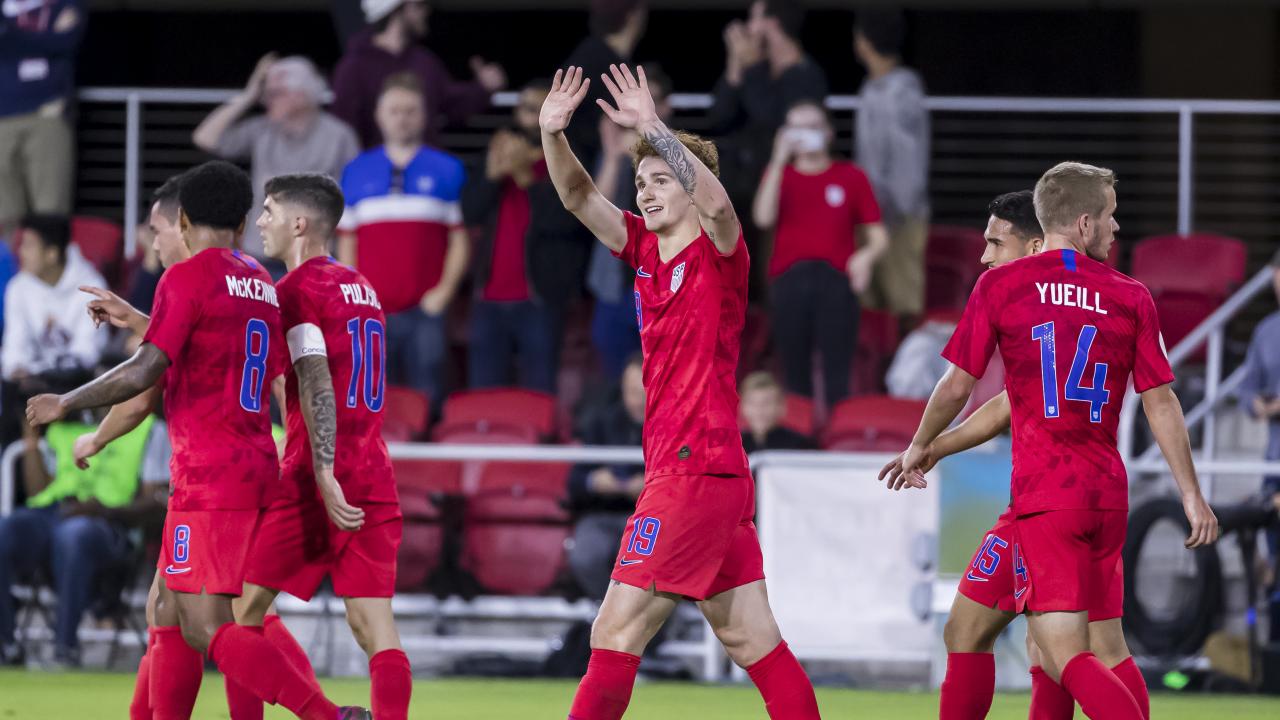 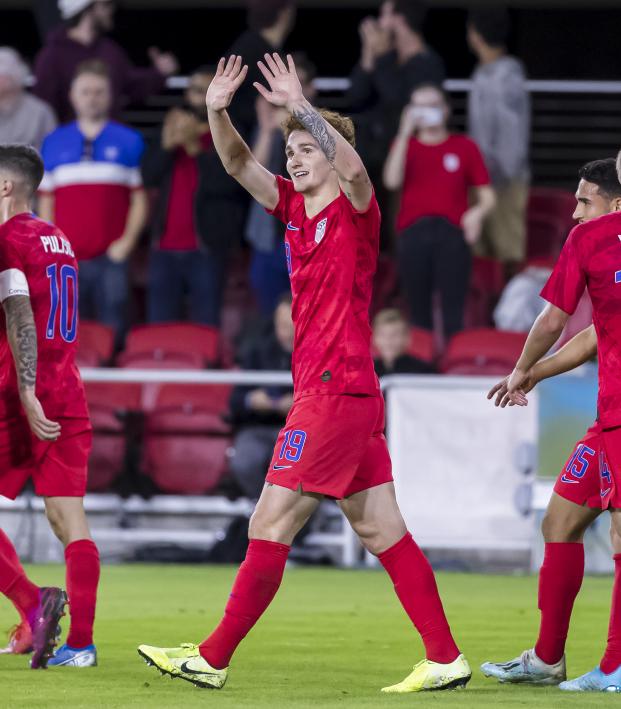 Travis Yoesting October 11, 2019
Only the best teams in the world can score a touchdown on the 178th-ranked team.

Want a favorite for the 2022 World Cup? Look no further than the United States men’s national team after it throttled Cuba 7-0 on Friday night.

Any team that can score four goals in 13 minutes against the 178th-ranked team in the world has to be the frontrunner for the 2022 World Cup. That 3-0 loss to Mexico last month? That was just a meaningless friendly, nothing compared to the intense rigor of a Concacaf Nations League match.

We just worry the team will be crushed by the media for running up the score before it can get to Qatar in three years.

Weston McKennie scored a hat trick within 13 minutes, Jordan Morris had three assists and the U.S. ran rampant to a 6-0 lead at halftime. Not even Neymar and Brazil could dream of such offensive fireworks in such a meaningful match.

OK, OK, OK — all joking aside, the USMNT should expect to thrash a team like Cuba the way it did Friday night.

But damnit, the U.S. could use some wins like this to get its swagger back.

Two years and a day since the devastating loss to Trinidad and Tobago ensured the U.S. would stay home for the 2018 World Cup, the USMNT dominated a low-level Concacaf opponent the way the U.S. failed to do in Cuova in 2017.

The USMNT will face much stiffer challenges on the road to the 2022 World Cup, but you can’t discount the team doing what it’s supposed to be doing as a good step forward combined with the 6-0 win over Trinidad and Tobago in the 2019 Gold Cup. Now the U.S. has to do it against good teams — or at least Mexico, which also beat Cuba 7-0 during the 2019 Gold Cup.

McKennie, a 21-year-old Schalke midfielder, was marvelous throughout his 45 minutes on the pitch. Dynamic in midfield with his passing and running, he was clinical finishing in the box. His three goals in the opening 13 minutes the earliest hat trick (fastest from opening whistle) in USMNT history. Coming into the match, McKennie had three goals in 15 appearances for the U.S.

Okay, and here is that record-setting @WMcKennie hat trick in 40 seconds!

Before the game, USMNT coach Gregg Berhalter worked his team on playing the ball down the right flank. It took 30 seconds for the U.S. to put his plan into action — and four more minutes to do it again.

The U.S. targeted the left side of Cuba’s defense from the opening whistle, with Morris assisting McKennie twice from the right flank. The first came just 30 seconds in, the fastest USMNT goal since another Texan, Clint Dempsey, scored that stunner against Ghana at the 2014 World Cup.

A few minutes later, McKennie and Morris linked up again. Though it was close to being an own goal, McKennie was given credit.

McKennie then turned provider to Morris, who popped up on the left wing following a corner kick.

The Schalke midfielder completed his hat trick in the 13th minute. This time it was Reggie Cannon sending in a cross for his fellow Texan to poke home.

At this point, the USMNT looked like the Houston Astros and Cuba was Tyler Glasnow tipping his pitches.

McKennie nearly had another assist when the U.S. made it 5-0 in the 36th minute. His lovely back-heel flick played Morris in on goal, but his shot was blocked by keeper Nelson Johnston off the face of Cuban defender Darío Ramos Morales for an own goal.

Make that  for the @USMNT!

Weston McKennie with a FILTHY assist to set up Jordan Morris and force an own goal from Cuba.  pic.twitter.com/PLyXCr3h2I

All own goals are bad, but having a fifth goal go in off your nose is just about as bad as it gets.

But it would get worse for Cuba.

Soon after being denied a second goal by an own goal, Morris laid the ball off for Josh Sargent to pound home to make it six.

While the goal was Sargent’s first of the night, it was Morris’ third assist, which tied the USMNT record.

McKennie and Morris were both taken off at halftime, so neither could pad their stats even further.

As a result, the U.S. strolled through much of the second half and didn’t add to its tally until Christian Pulisic — who captained the side for the third time — converted a penalty kick after a hand ball in the box in the 62nd minute.

A 7-0 win is always a feel-good result, even if the second half couldn’t live up to the offensive display shown in the first half. Even better, the goal scorers were all young. McKennie is 21, Morris 24, Sargent 19 and Pulisic 21. Michael Bradley didn’t even have to play in the game.

Next up for the U.S.? A decidedly tougher match against Canada in Toronto on Tuesday. Canada beat Cuba 6-0 and 1-0 in its two prior Nations League matches.

Next up:  on Tuesday in Toronto. pic.twitter.com/EGb8R9PkTT