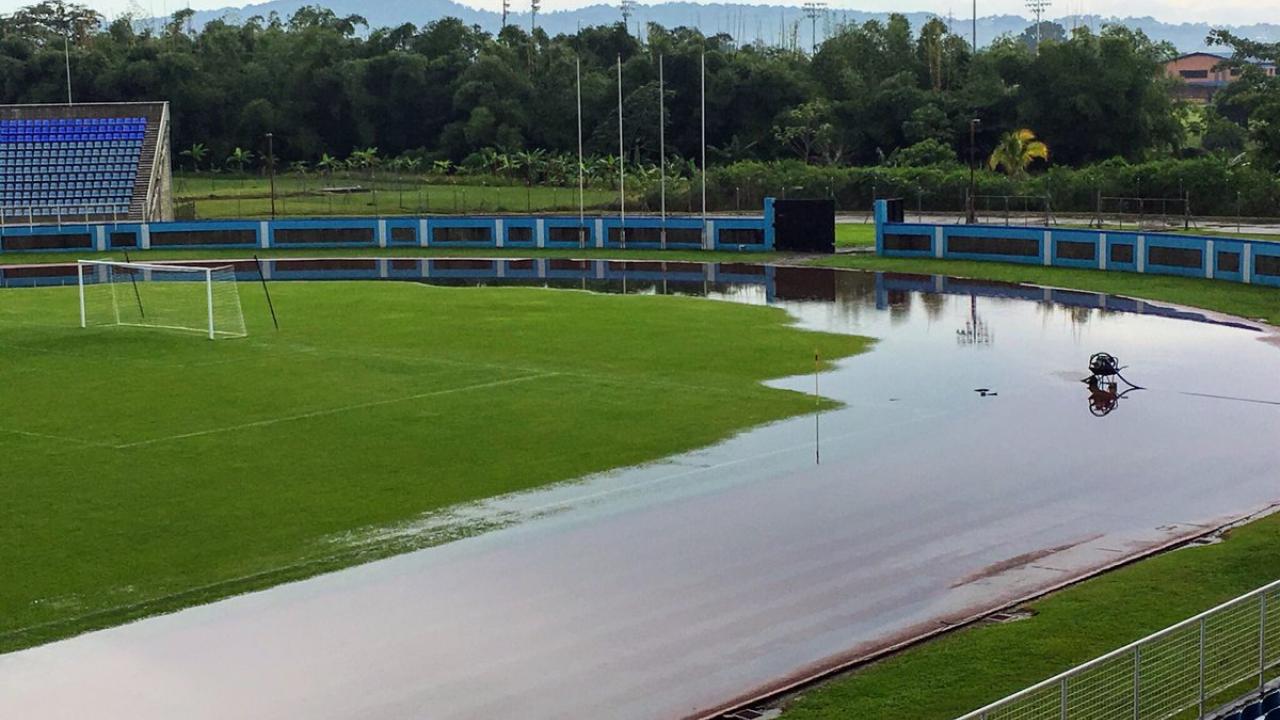 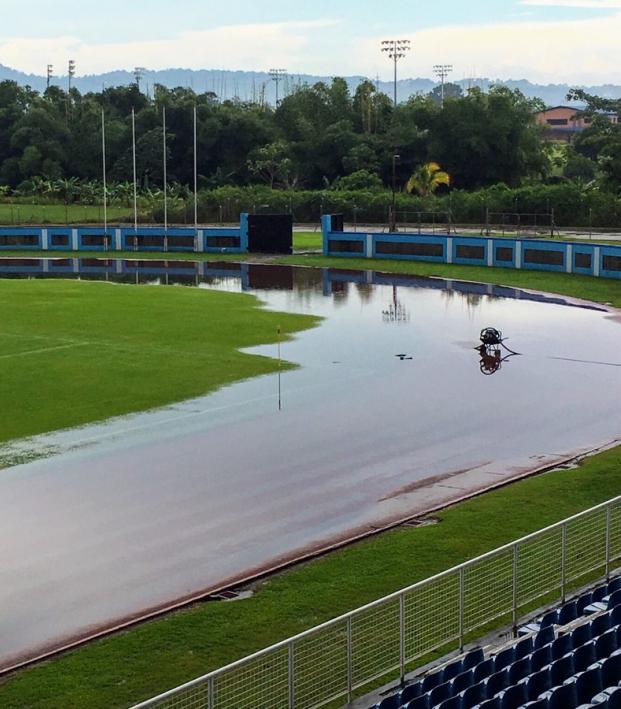 The Field For USA-Trinidad & Tobago Is Currently Underwater

Sam Klomhaus October 9, 2017
The USMNT are set to play their final World Cup qualifier against Trinidad and Tobago on a field covered in water.

The USMNT are set to try to qualify for the 2018 World Cup against Trinidad & Tobago at a smaller venue than originally planned, and one thing we are happy to report is that everything is going EXTREMELY WELL with the playing surface.

Yes, NOTHING OUT OF THE ORDINARY to report. NOTHING AT ALL.

DO NOT BE ALARMED BY WHAT APPEARS TO BE A MOAT AROUND THE STADIUM. THE SITUATION IS UNDER CONTROL. THERE IS A PUMP.

The #USMNT encounters a river around the field as it turns up for its official training session at Ato Boldon Stadium this morning.  pic.twitter.com/yywxhyeELf

NOTHING TO SEE HERE, EVERYTHING IS FINE.

That is a pump. #usmnt in Couva, T&T pic.twitter.com/SOVIUc5Bdt

YUP, NORMAL. NOTHING POTENTIALLY HARMFUL OR DAMAGING ANYWHERE TO BE SEEN.

#USMNT players wondering where the gondola is. pic.twitter.com/2epy4itpQ5

TO REITERATE: EVERYTHING. IS. FINE.

#usmnt players now resorting to piggyback rides in order to be able to practice. pic.twitter.com/tOu5xoGieX

PIGGYBACKS ARE A PERFECTLY NORMAL WAY TO START PRACTICE. EVERY ELITE TEAM WARMS UP LIKE THIS. NO YOU SHUT UP.

This piece of equipment will be working overtime. Yes that’s one of the corner flags to the left. #usmnt pic.twitter.com/YCbyCxqk6m

CAN'T WAIT FOR THE GAME TUESDAY EVENING, AT WHICH TIME EVERYTHING WILL CONTINUE TO BE FINE.

The match starts at 8:00 EST. Hopefully everything will be dry by then, but don't count on it. A loss could see the USA eliminated from World Cup contention, and a draw or better would at least guarantee them a spot in a playoff against either Australia or Syria.