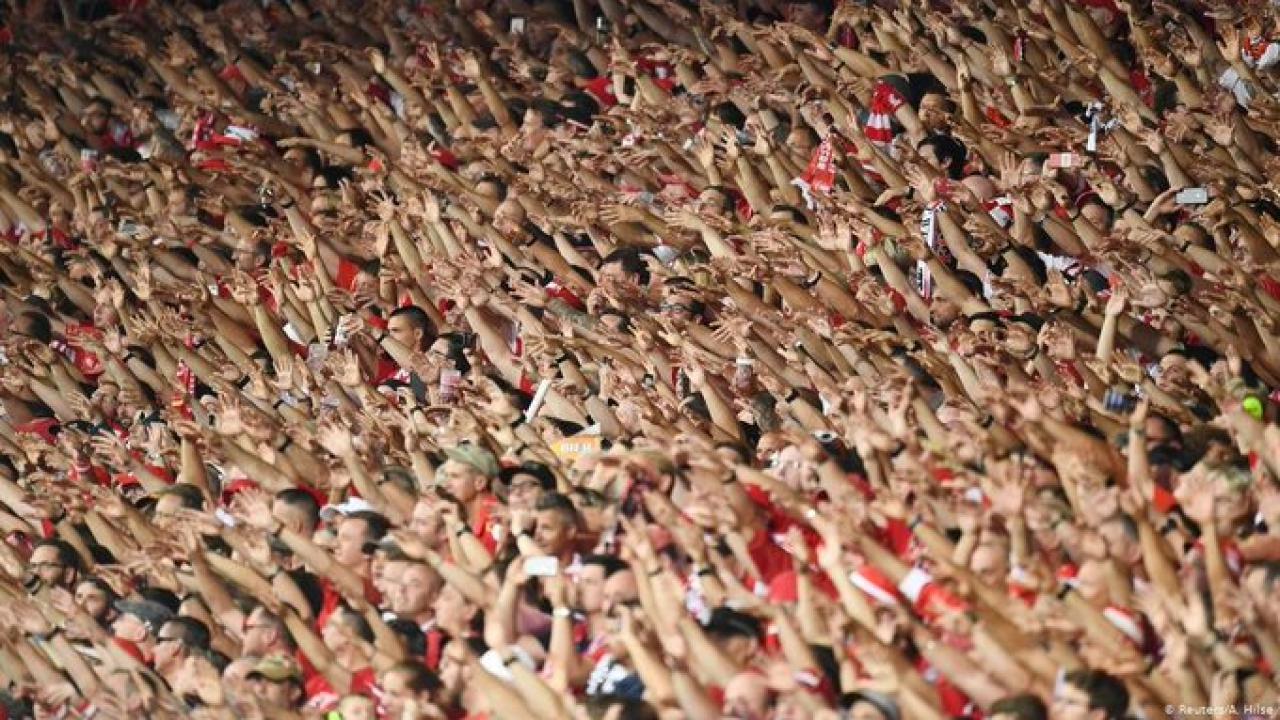 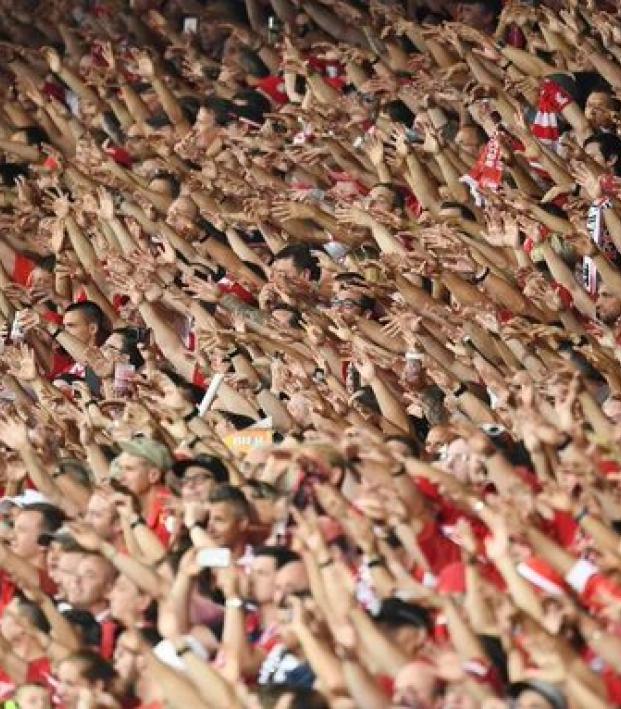 Connor Fleming August 18, 2019
Leipzig destroyed Union 4-0 in Berlin, but that didn't stop Union fans from singing for hours after the final whistle.

Union Berlin made its Bundesliga debut on Sunday afternoon, and not even a 4-0 beatdown from rivals RB Leipzig could dampen the mood at the Alte Försterei in East Berlin.

That the match was against Leipzig — another club from the eastern portion of Germany — was of significant historical importance. The pregame hype was dominated with a number of protests aimed at Leipzig’s unpopular structure (the club's rapid rise from the fifth tier to Germany’s top division was funded by owners Red Bull BmbH, makers of the energy drink).

Union refused to acknowledge RB Leipzig in its prematch program, instead referring to the club as BSG Turbine Markranstädt.

Union Berlin’s match programme for the game vs. Rasenballsport Leipzig use the emblem of BSG Turbine Markranstädt, the old name of the club from which RBL bought the playing license from.

“Football in Leipzig for old fans is naturally Chemie and Lok,” says the programme. #FCURBL pic.twitter.com/zETsqLJaWl

The match also began with a 15-minute silent protest aimed at RB Leipzig.

Union Berlin fans end their boycott against Leipzig and announce they’re in the Bundesliga. pic.twitter.com/OZGHz57rj8

One other quirk from the game:

Fans that brought photos of deceased supporters that did not get to see #FCU in the Bundesliga paid the price of a ticket for the club to print the photos.

Union counted them as if they're in attendance. pic.twitter.com/B5xTgfBiEP

An emotional evening for Union Berlin supporters, as past and present unite pic.twitter.com/WjukPci5qR

That was followed by another Leipzig goal, this one from Marcel Sabitzer.

Leipzig make it two! Sabitzer quiets the crowd with a tidy finish to double the lead. #FCURBL pic.twitter.com/jxIR8Cxw7I

And shortly before halftime, Timo Werner made it three with this crack.

Christopher Nkunku would add a fourth in the 69th; Union fans didn’t care.

The RB Leipzig win represents a perfect start for new manager Julian Nagelsmann. The 32-year-old moved to Leipzig from Hoffenheim after establishing himself as the rising star in German coaching. Leipzig was without USMNT standout Tyler Adams as he continues to recover from a troublesome groin issue.