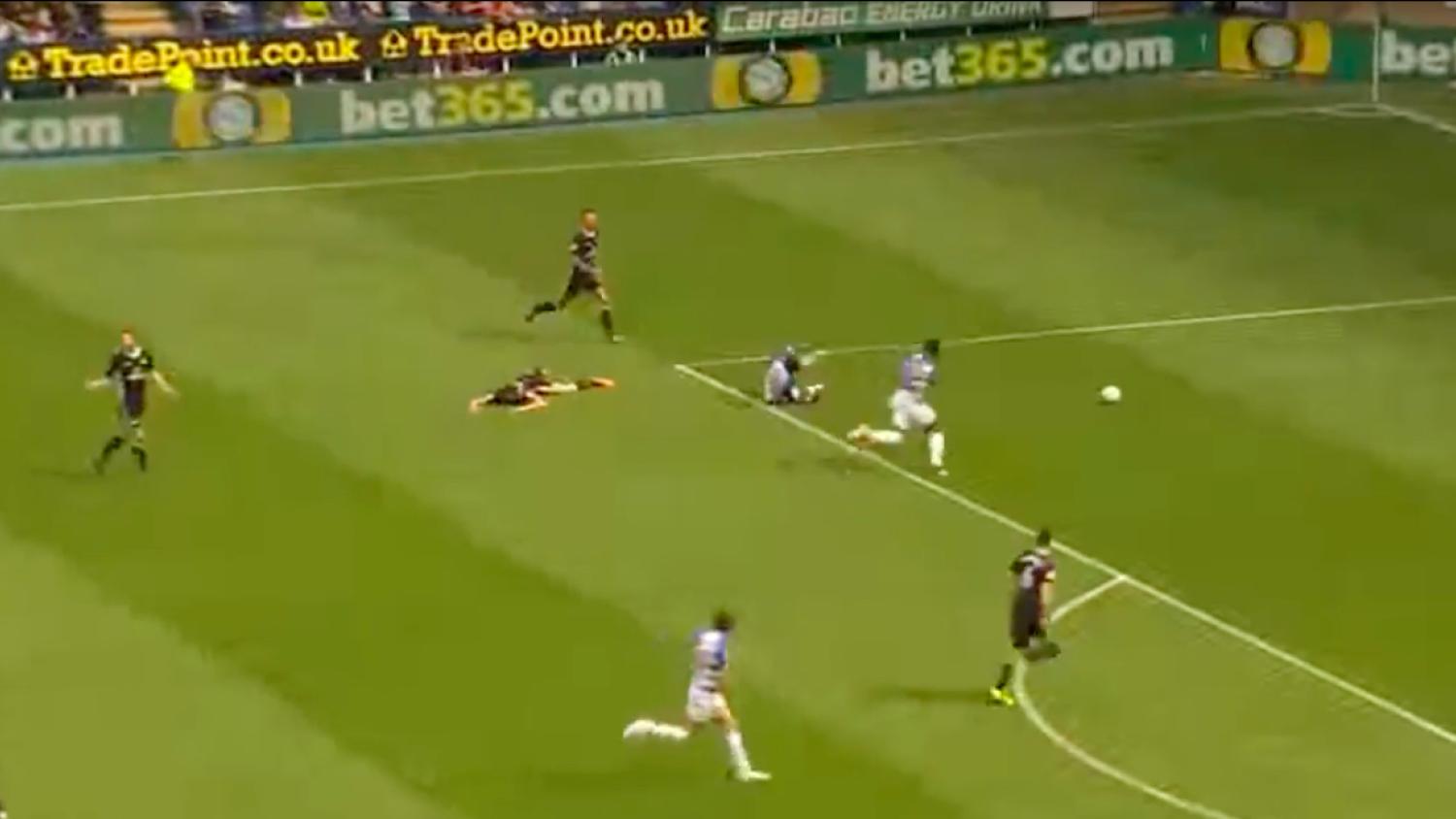 Fulham’s Tomas Kalas was sent off 39 seconds into the match after trying to win the Puskas.
YouTube

There’s no sight in football quite like that of a marauding center half. These moments invariably begin with the blundering oaf picking his head up and trying to spot a midfielder or defensive partner to lay the ball off to. Seeing all these options closed down, he’ll realize that he’s got about 15 yards of open real estate in front of him and those gangly legs will start churning.

This is when things get exciting, because like when driving a car in a dream, center backs quickly realize that they haven't come equipped with brakes, and they begin to pickup speed like an unhinged boulder.

The football doesn’t appear to be attached to their boot with a magic string, a la Lionel Messi, but instead takes on the manic appearance of the bus from 1994 action thriller Speed. This bus ain’t slowing down or it’s bound to explode into hellfire.

So we’re treated to an exhilarating and frantic chase scene complete with amazing physical feats and prolonged bouts of violence.

But sometimes the wheels fall off, the bus stops and that bomb is triggered, killing all those innocent passengers. Here’s Fulham defender Tomas Kalas receiving a red card only 39 seconds into his side’s match against Reading in the English Championship on Saturday after driving that bus down a blind alley.