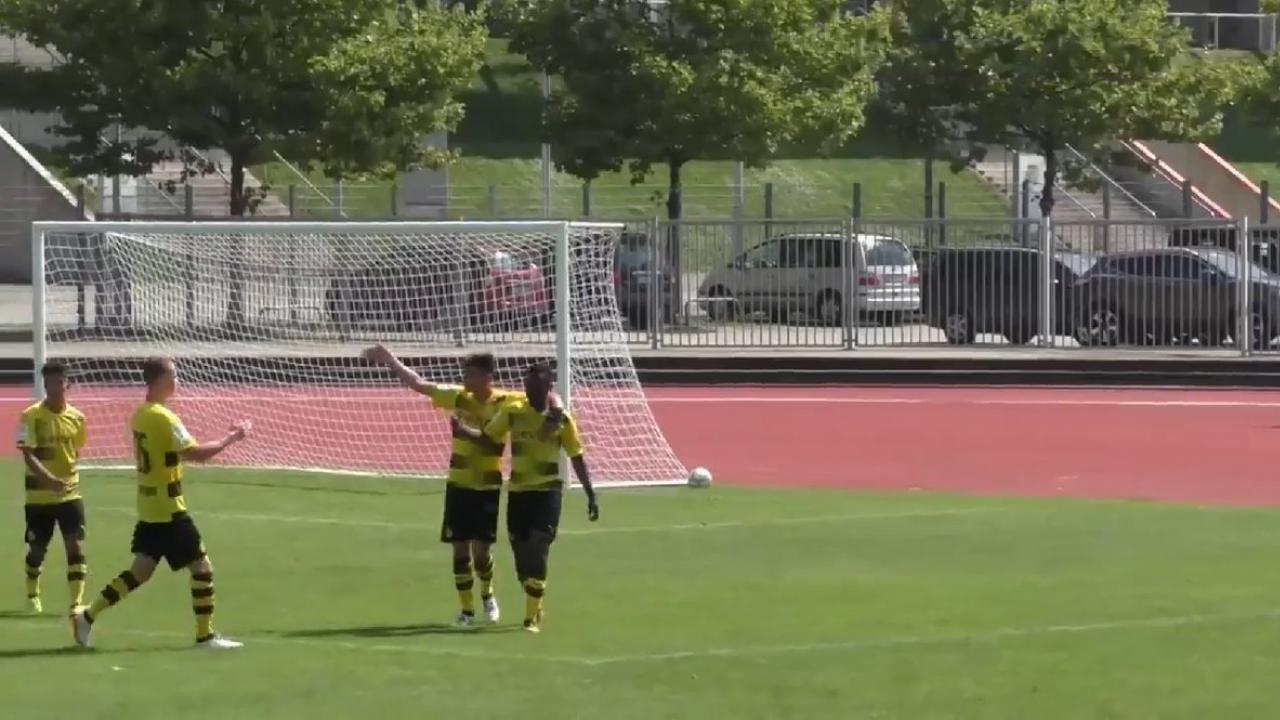 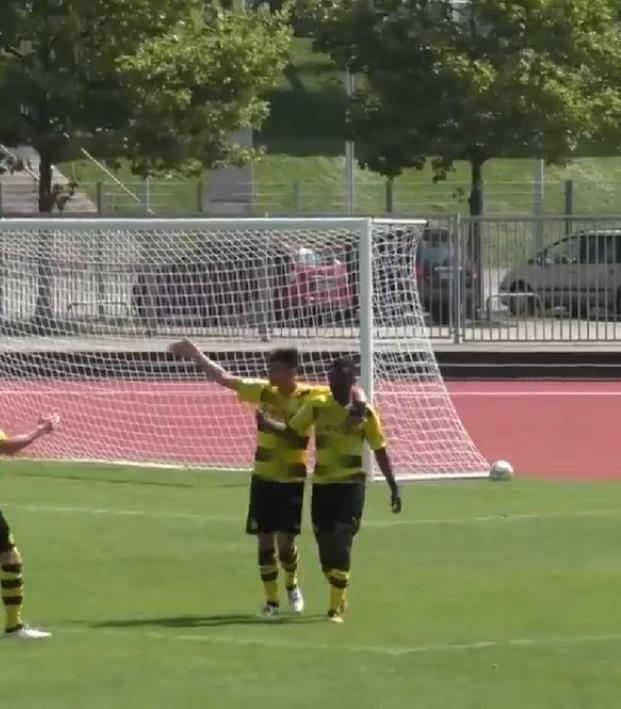 Move aside Christian Pulisic. There’s a new Borussia Dortmund youngster's potential to drool over — and he’s not even a teenager yet. Youssoufa Moukoko, 12, scored two goals in his debut for the Dortmund U17 squad on Sunday.

Moukoko, a U15 Germany international, showed off speed, dribbling and finishing with two second-half goals as Dortmund defeated SG Unterrath 3-0. Highlights for the tween begin at 2:20 in the video below.

Moukoko had plenty to do for his first goal, picking up the ball closer to the halfway line than the Unterrath goal. He made one deft move to get past an overzealous center back and raced toward goal before finishing with composure.

His second goal also came after a long run, with Moukoko smartly beating an offside trap to get into the box, where some quick maneuvers won a penalty, which he powered into the left corner.

Moukoko, who was born in Cameroon, scored 33 goals in 21 matches for the Dortmund U15 squad last season. His father quelled talk that his son is older than he claims by saying his mother is only 28. So yes, his mom is the same age as first-team striker Pierre-Emerick Aubameyang.

Dortmund is well-known for churning out young players who develop into stars and Moukoko may be the next big thing. You wonder how long until he breaks through to the senior team, though he obviously has some growing to do.

Moukoko turns 13 on Nov. 24, so Pulisic has at least a couple more months as Dortmund’s best teenager.