Ter Stegen Was The Unsung Hero Of El Clasico 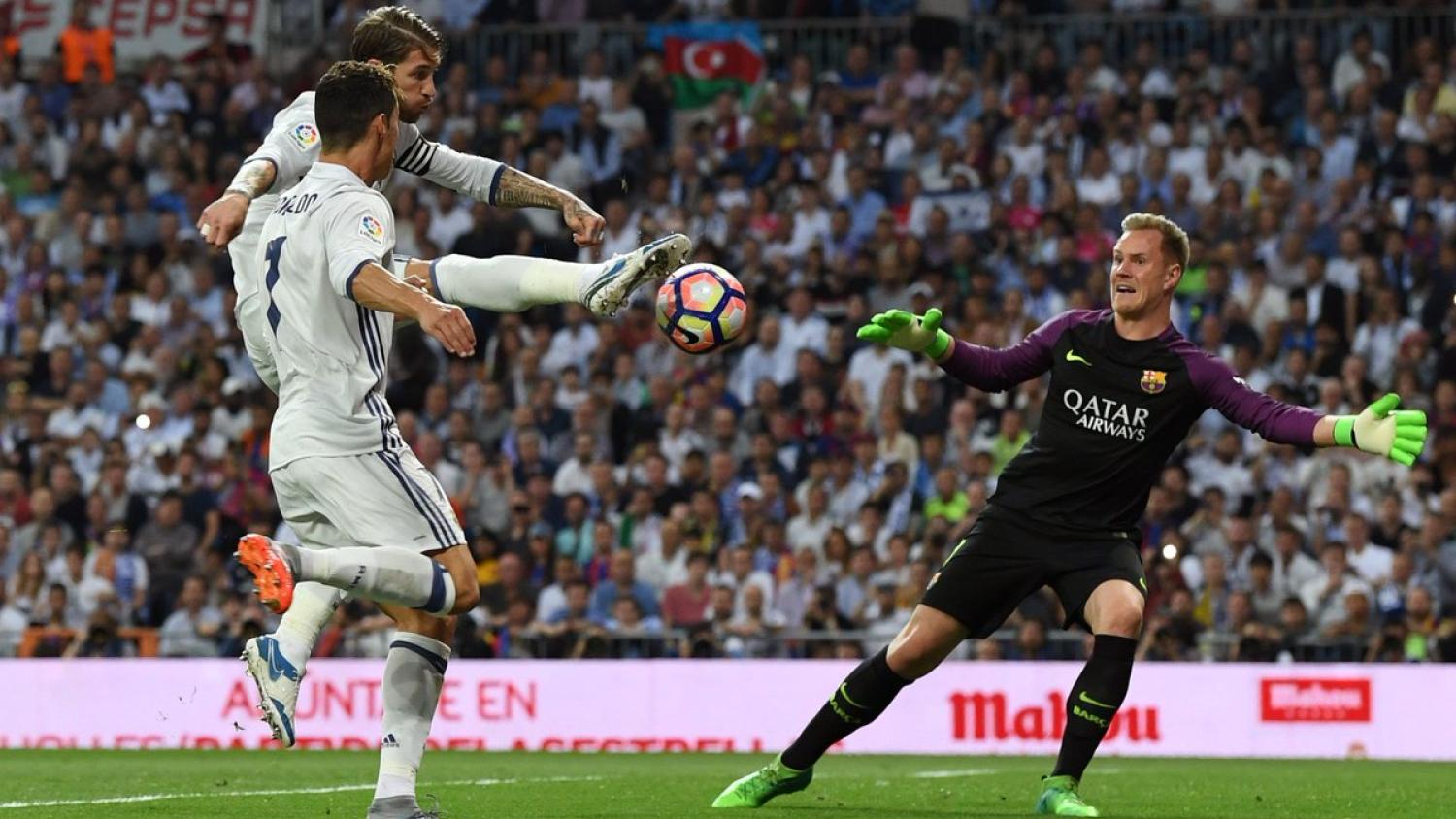 The Barcelona goalkeeper displayed his world class quality in making 12 saves to keep his side in the game.
@FCBdaily | Twitter

Lionel Messi rightfully earned most of the praise after his extra time goal in Sunday’s El Clasico. But if it weren’t for goalkeeper Marc-Andre Ter Stegen’s exceptional performance, Barcelona would have likely been out of the game by that point. Ter Stegen made 12 saves, the most by a Barca goalkeeper since 2003-04.

At just 24 and in his first season playing the bulk of Barcelona’s games, Ter Stegen seems destined to lead the club for years to come. It will also be interesting to see him push Manuel Neuer for playing time with the German National Team.

Last week Neuer left Santiago Bernabeu Stadium with a foot injury, and Ter Stegen left yesterday with a feather in his cap. Assuming he’s healthy this time next year, the 31-year-old Neuer should have little problem maintaining his starting role for the 2018 World Cup. It wouldn’t be shocking, though, to see Ter Stegen get a start in the group round, as he’s shown that he can rise to the occasion on soccer’s biggest stage.