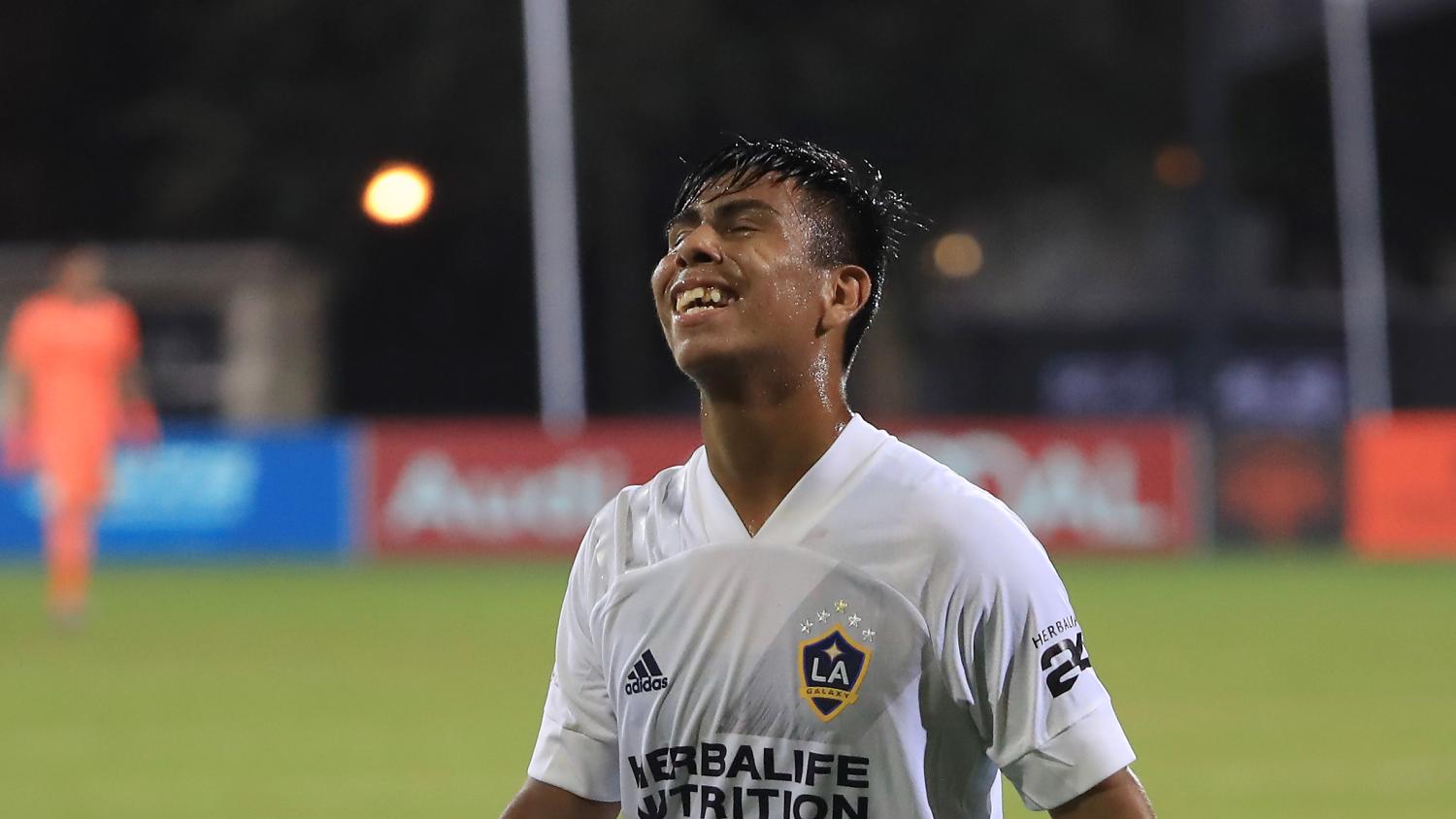 The dual national has been the subject of a tug-of-war between rivals Mexico and the United States.
Getty Images

It seems the USMNT's long pursuit of dual national Efraín Álvarez will soon be at an end. Born in Los Angeles to parents originally from Mexico, Álvarez has represented both El Tri and the USMNT at youth level.

The 19-year-old scored 13 goals in 20 games with LA Galaxy II and has so far made 43 appearances for the Galaxy first team, scoring four goals and assisting five. Álvarez scored 13 goals in 25 appearances for the Mexico U17 side, scoring four in the 2019 World Cup as Mexico progressed to the final. USMNT boss Gregg Berhalter hinted back in December that nothing was set in stone when he included Álvarez in December's national team camp, saying there was still an "open door."

The midfielder was named to both countries' U23 sides ahead of Olympic qualifying but opted not to play for either at that time. Shortly after the December camp, Álvarez made his debut for Mexico in a March friendly, but has yet to play a competitive game for the country.

Ahead of the 2021 Gold Cup, though, Mexico's manager Tata Martino has confirmed that Álvarez indeed intends to represent El Tri: "Efraín is 100 percent committed to Mexico. ... There is no doubt about that anymore. Álvarez is a footballer that I have been watching for a long time, and that is why he already made his debut in a friendly and he will be seeing more minutes in the next games. He is among the young players that are the future of the Mexican national team."

Tata Martino answering @ecauich on whether @efrain_alvarez1 will play for the @USMNT or Mexico: "Efraín is 100% ours. Today there is no 50-50, no 60-40 He is a footballer that I have already taken on a tour last year, who has participated and will surely continue to do so soon. "

Martino confirmed that Álvarez would be included in the Gold Cup squad ahead of pre-tournament friendlies against Panama on June 30 and Nigeria on July 3, taking the place of the injured Rodolfo Pizzaro.

Berhalter has been successful so far in recruiting young dual nationals into the fold for the U.S., most recently Sergiño Dest and Yunas Musah. While the USMNT seems to be missing out on Álvarez, there are plenty of youngsters coming through the ranks who still face the same choice as the young Galaxy star.