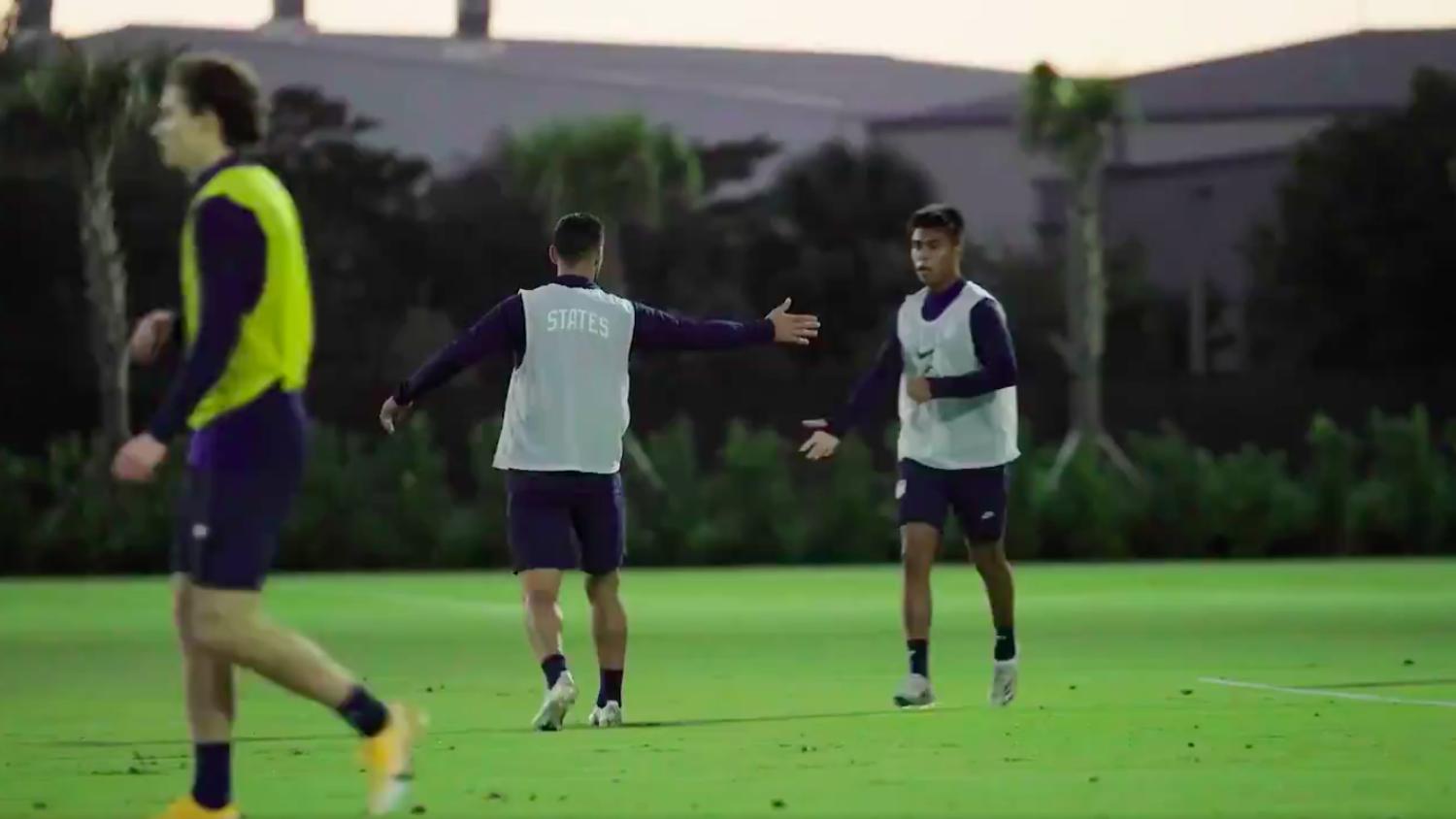 The LA Galaxy phenom would need to file a one-time switch from Mexico to represent the U.S.
Twitter

18-year-old phenom Efraín Álvarez hasn’t filed a one-time switch from Mexico to the USMNT yet, but that hasn’t stopped Berhalter from luring Zlatan Ibrahimovic's cub into camp, showering him with praise and raising the pulse of Tri supporters everywhere.

During a Zoom call with reporters on Tuesday night, Berhalter hinted at the process taking shape when saying, “He’s not eligible to play today. It’s not necessarily that he can’t play next Wednesday.”

It looked like a lost cause back in 2019 when the Los Angeles native showcased his talent on a global scale by scoring four goals in Mexico’s journey to the final of the FIFA U-17 World Cup, but his inclusion in this week’s camp in Fort Lauderdale ahead of a Dec. 9 friendly against El Salvador has USMNT fans dreaming of another hugely talented dual-national selecting the U.S.

While Berhalter is confident, Goal’s Salvador Pérez Del Fierro says that Álvarez’s presence is nothing more than a courtesy as he’s focused on making the breakthrough with Mexico. That particular article, however, has no quotes from Álvarez or anyone else for that matter.

“I guess you could take it one of two ways,” Berhalter said of Álvarez’s past. “You can say ‘he played for us and then he played for Mexico — we’re going to hold that against him and we’re never gonna call him in again and that’s that.’ But that’s not the way we look at it.

"You’re talking about really young players, you’re talking about players with cultural ties to other countries where emotions are involved. I can understand a player making a decision like that one time in his career. But for us, again, all it is about is saying ‘listen, there is an open door.’”

Álvarez appeared for the U.S. at the U-15 level, but his exclusion from a 2017 camp was seized upon by Mexico and he’s been in their setup since — most recently in a U-20 camp last month. However, the U.S. has followed his development closely, including a 2020 season with the Galaxy in which he appeared 16 times, scored his first MLS goal and delivered a tasty assist for Chicharito.

Berhalter praised his maturity, development, physical fitness, ability to impact games, creativity, pace, control in tight spaces and quality on the ball while saying he could play as an attacking midfielder, winger or false nine. That’s how you butter them up.