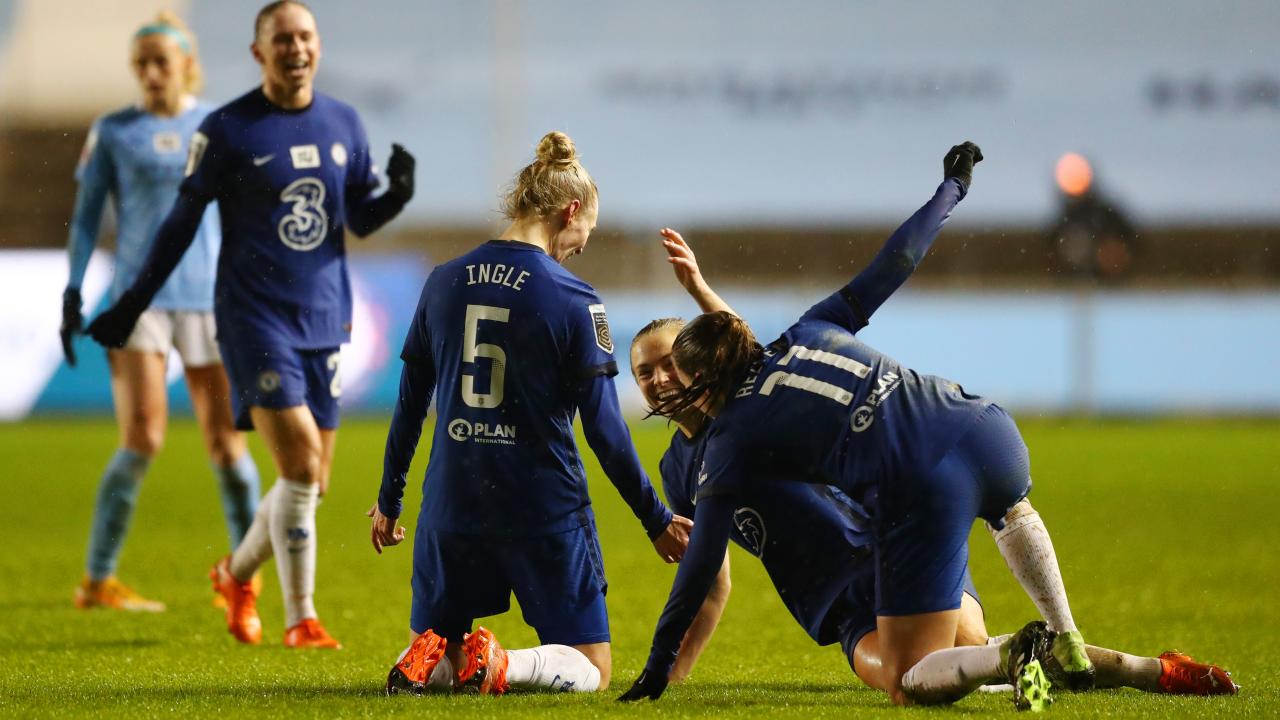 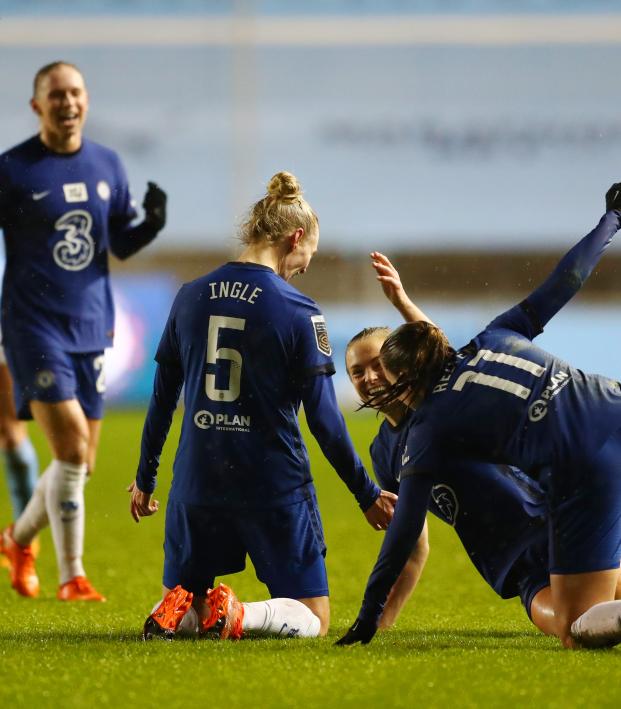 Christian Pulisic GQ photoshoots aside, Chelsea’s men’s side has struggled recently; reports suggest Frank Lampard will be fired sooner rather than later. The women’s team, however, is currently playing the best soccer in England.

Chelsea downed Manchester City 4-2 in extra time to advance to the semifinals of the FA Women’s League Cup on Wednesday. It marked the second win in four days over a Manchester side after beating United 2-1 on Sunday to move to the top of the FA WSL table.

While many of England’s top clubs are busy signing Americans, the Blues have gone about things from a different direction: signing the top non-Americans. The result is a loaded squad with players from all over the world. Looking at Chelsea’s lineup shows just how international this team is: Australia’s Sam Kerr, Denmark’s Pernille Harder, Sweden’s Magdalena Eriksson, Germany’s Melanie Leupolz, Canada’s Jessie Fleming, Norway’s Maria Thorisdottir, England’s Fran Kirby, Scotland’s Erin Cuthbert and Wales’ Sophie Ingle.

Needless to say, coach Emma Hayes has both an easy task because of the talent available to her and a tough task to get such a multinational team to gel. A couple of draws early in the season left the Blues playing catchup in the standings, but they now remain the last undefeated team in the WSL.

And after Wednesday’s win over Man City, Chelsea has to be a favorite to win a second straight league title and League Cup.

The League Cup quarterfinal match on Wednesday was a back-and-forth affair that wasn’t decided until extra time. Leupolz gave the Blues the lead just before halftime by volleying home a mishit clearance.

When you strike it as well as Melanie Leupolz, there's always going to be problems! @ChelseaFCW break the deadlock just before half-time! #ContiCup pic.twitter.com/09eoVhlYkr

Man City, playing without its USWNT trio of Sam Mewis, Rose Lavelle and Abby Dahlkemper, who are currently on international duty, took a 2-1 lead on goals from Chloe Kelly and Lauren Hemp. The latter came with just five minutes left and it looked as though the Citizens would go through.

@Chloe_Kelly98 always seems to score on the big occasions!

In the dying moments of the 90 minutes, Niamh Charles chested the ball up to herself to volley home a stunning equalizer.

As soon as @ManCityWomen go in front, the supersub puts @ChelseaFCW back in it!

But if you thought that was the goal of the game, you didn’t watch extra time.

Norway’s Guro Reiten put Chelsea back into the lead less than five minutes into extra time with a sliding, scuffed finish after a cross from Harder.

Then came the exclamation mark to a thrilling contest.

Following a goal-mouth scramble, Reiten played a ball back to Ingle, the experienced Welsh midfielder. Ingle, who had a goal nominated for the Puskás Award last year, provided another stunning long-range effort, blasting a 25-yard missile into the upper 90.

It’s going to take some doing — and possibly a few more Americans — to beat this Chelsea team this season.