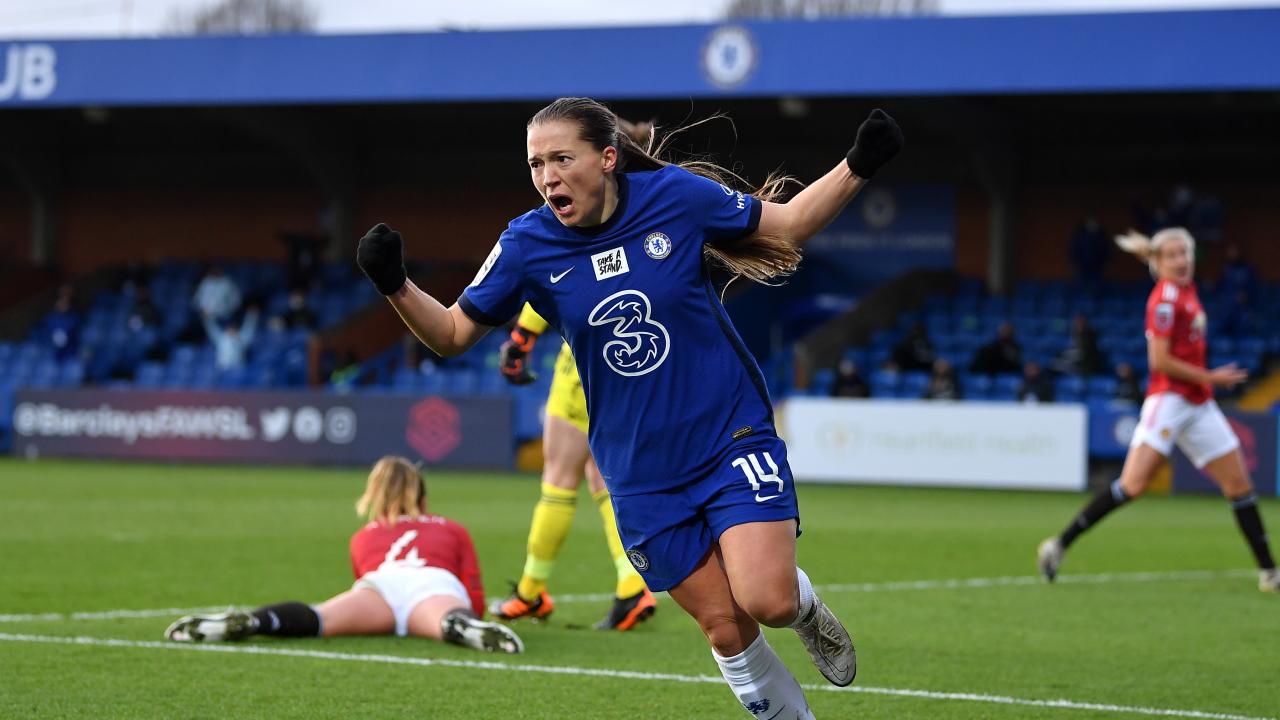 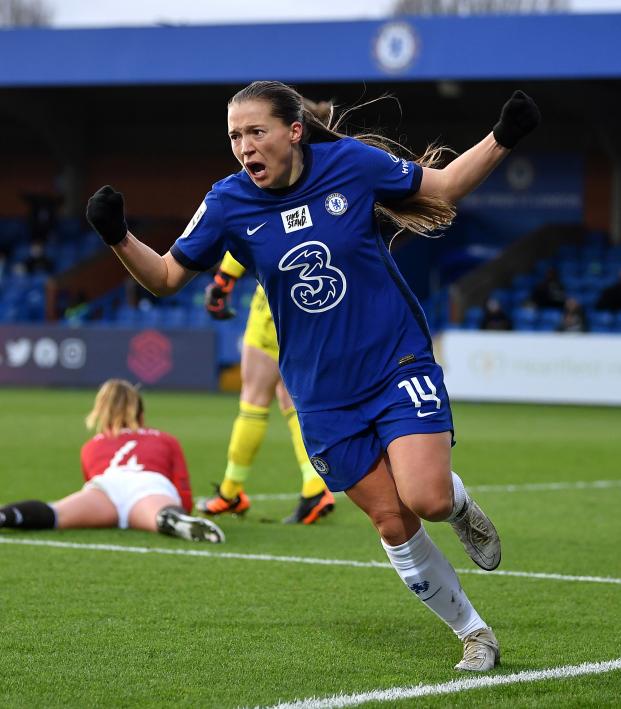 Chelsea’s Fran Kirby Brings Manchester United Back Down To Earth

Connor Fleming January 17, 2021
Kirby scored the winner for the Blues while Tobin Heath could only watch on.

Manchester United’s surprise run at the top of the FA WSL was halted by Chelsea on Sunday with the Blues handing the Red Devils their first defeat of the season and taking their spot at the summit in the process.

The rise of United and legitimacy of its title challenge was highlighted this week by Tobin Heath’s decision to decline a call-up for the USWNT’s January camp in order to stay in Manchester for a couple crucial games, including today’s top-of-the-table clash.

“It was a decision Tobin made, to stay in Manchester to play these games,” United manager Casey Stoney said. “It shows a massive commitment from her to the football club and this team.”

So it must’ve been heartbreaking for her not to be able to play in this one because of a rumored injury in the build-up.

Initially, Heath’s status was that of a substitute (which wouldn’t have made much sense given her recent form), but it soon became evident that she was only included on the team sheet to provide moral support for her teammates at Kingsmeadow — the camera caught her wearing a pair of Air Jordan 4s.

Her American compatriot Christen Press hadn’t started a league match since Nov. 18 and only just recovered from a non-COVID illness, but she led the line for United.

Chelsea dominated the first half with 11 shots but Sam Kerr wasn’t at her most clinical and wasted a few decent opportunities. However, the Blues got the opener after a wild sequence following a corner kick in the 30th minute.

United defender Amy Turner had to clear one off the line, Fran Kirby drilled a half-volley off the post, United still couldn’t clear and Pernille Harder eventually turned it in.

Now that's some way to score your first goal of the season, @laurenjamess22 #BarclaysFAWSL pic.twitter.com/eaaZ0oHYn9

However, the winner — arriving just four minutes later — showed why United might not be ready to challenge for the title just yet. Chelsea keeper Ann-Katrin Berger lumped one forward, United defender Millie Turner failed to do anything with it and Kirby raced through to score.

It’s the definition of direct football.

She's at it again! @frankirby with her FIFTH goal in two games! #BarclaysFAWSL pic.twitter.com/Nlrv5ROYbH

The two sides are now level on points, but Chelsea boasts a superior goal difference and still maintains a game in hand.

United returns next Sunday against eighth-place Birmingham City. Chelsea plays Manchester City on Wednesday in the quarterfinals of the League Cup.