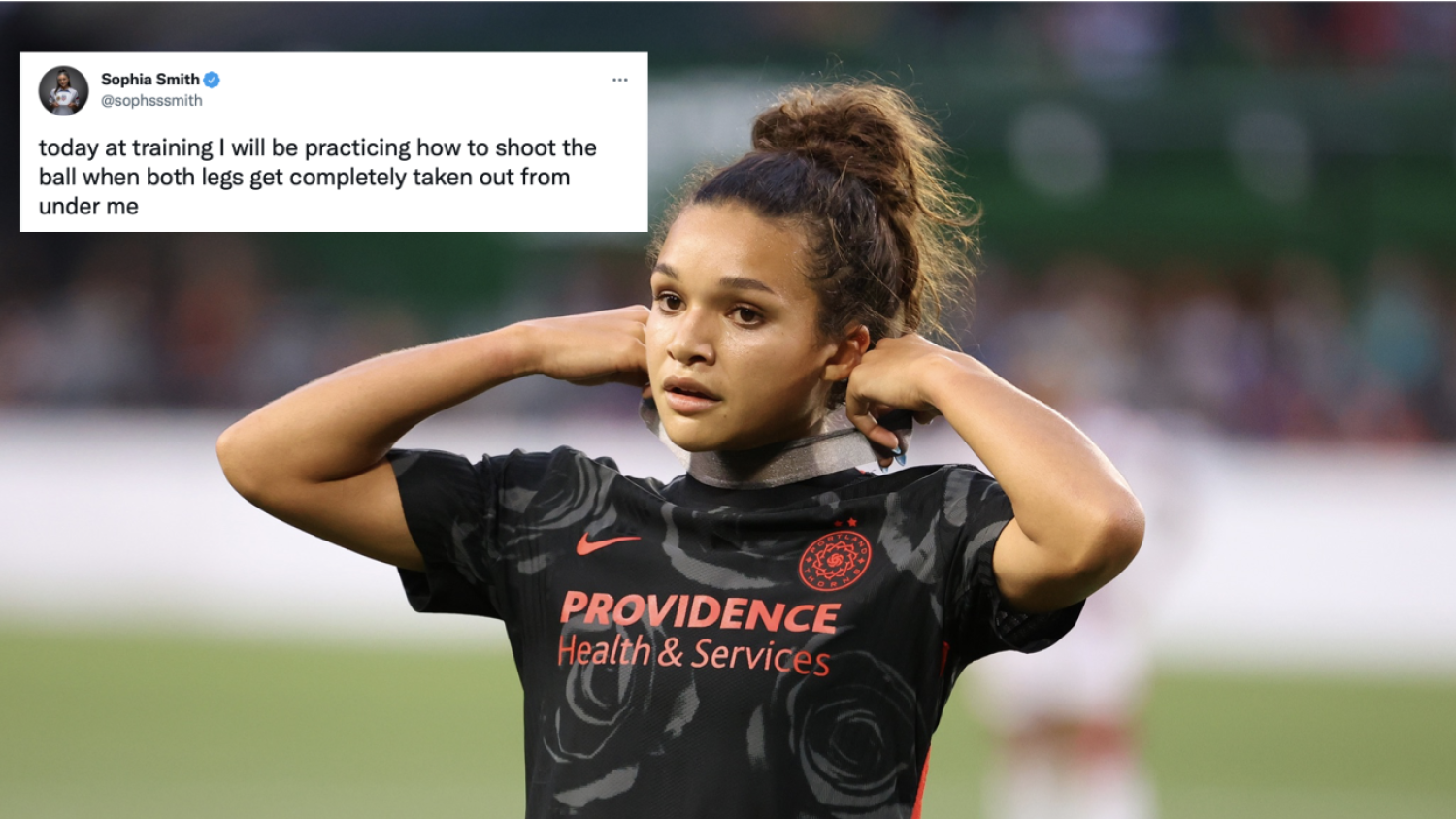 Sophia Smith called out NWSL’s continuously awful officiating on Tuesday after the referees missed a clear foul on her in the Portland Thorns’ game vs. Kansas City Current game from Sunday. In the second half of Sunday’s game Smith was taken down in the box with a dangerous tackle from behind.

No foul was called, and one Twitter user posted the highlight asking how nothing was given from the referee. Smith responded, too.

today at training I will be practicing how to shoot the ball when both legs get completely taken out from under me https://t.co/h7m4GTgJOb

The way the @nwsl doesn’t care about player safety. Refs continue to miss important calls that impact player safety. -
1) Sophia Smith was through on goal gets tackled/ fouled from behind no call
2) High leg right to ribs #Nwsl. pic.twitter.com/RocSPHjpNX

Smith followed up that post with the video of her injury at Stanford explaining that dangerous tackles like the one on her from Sunday are exactly how a player’s season/career can be ruined.

fouls like this are exactly how I broke my leg in college, that’s why they can’t go unnoticed. alright thanks for coming to my Ted Talk bye https://t.co/NnAeYMsY5Z pic.twitter.com/xxQMp8rgWe

The tackle on Smith wasn’t the only botched call from Sunday’s game. KC’s Elyse Bennett surely should have been sent off after a high kick to the ribs of Kelli Hubly. Bennett was only given a yellow card.

@PROreferees @JessicaBerman1 How is this acceptable? High leg that could lead to rib injuries and only a yellow. I thought the point was to protect players. Two critical decisions the refs fumbled and put players further at risk. pic.twitter.com/c8SjcneovX

It’s no secret that the officiating in NWSL can be poor. Earlier this season a pair of the league’s referees were given a suspension after they somehow managed to turn a Gotham FC goal into a corner kick.

VAR will be introduced to the league in 2023. This will hopefully put an end to some of these horrendous officiating errors.