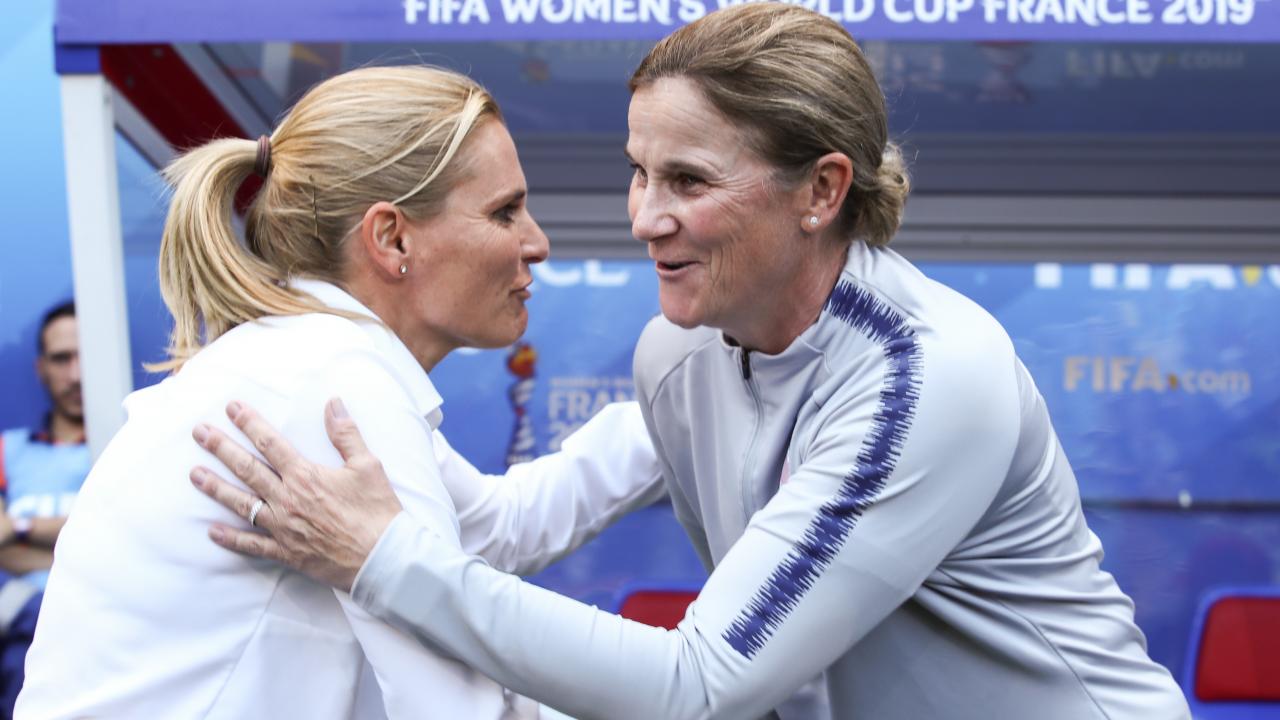 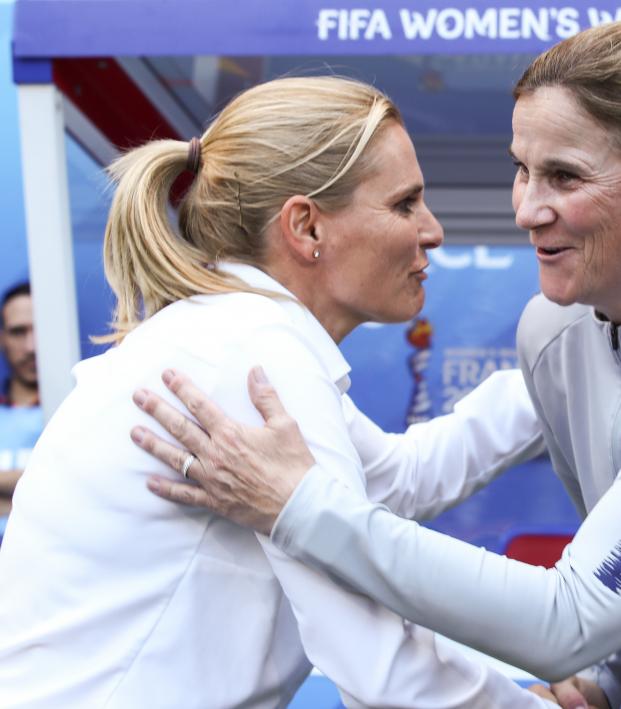 The Dutch won the European Championship under Wiegman in 2017 and she also led them to their first World Cup final two years later in France, where they lost 2-0 to the U.S.

Wiegman will replace 43-year-old former Manchester United and England full back Neville, who is set to leave his role with the team at the end of his contract in July 2021. Wiegman has a contract with the Dutch FA (KNVB) until next year.

"I'm delighted and honoured to join England Women next year," Wiegman said in a statement.

"England is the cradle of football and the major developments in women's football globally over recent years have been led by the FA.

"I'm very much looking forward to contributing my experience and expertise to this ambitious team."

Wiegman, who won 104 caps and captained the Dutch team, will take charge of England in September 2021. Before that, the 50-year-old will lead the Netherlands' Olympic campaign next year.

Her first major tournament with the Lionesses will be the UEFA Women's European Championship, which will be hosted by England in July 2022.

Get to know the new #Lionesses head coach, Sarina Wiegman:

Neville, who took charge of England in January 2018, guided them to fourth place in the World Cup last year.

However, England suffered seven defeats in 11 games after that campaign in France, including losses to the U.S. and Spain that saw them knocked out of the 2020 SheBelieves Cup.

Neville was set to lead England at the Women's Euros as well as the British team at the Tokyo Olympics, but both tournaments were postponed due to the COVID-19 pandemic.

"We will now renew our dialogue with the home nations in respect of the postponed Tokyo Olympics to take place in July 2021, as well as the 2024 Games," the FA said.

"A decision on the head coach for Team GB next year will be announced in due course."

The FA director of women's football Sue Campbell said Wiegman was their "number one choice" out of the 142 applications for the role.

"She's the perfect cultural fit for us, which is crucially important in building a winning team," she added.

English coach Jill Ellis, formerly of the USWNT, is still without a coaching job.

(Reporting by Manasi Pathak in Chennai; Editing by Ken Ferris)