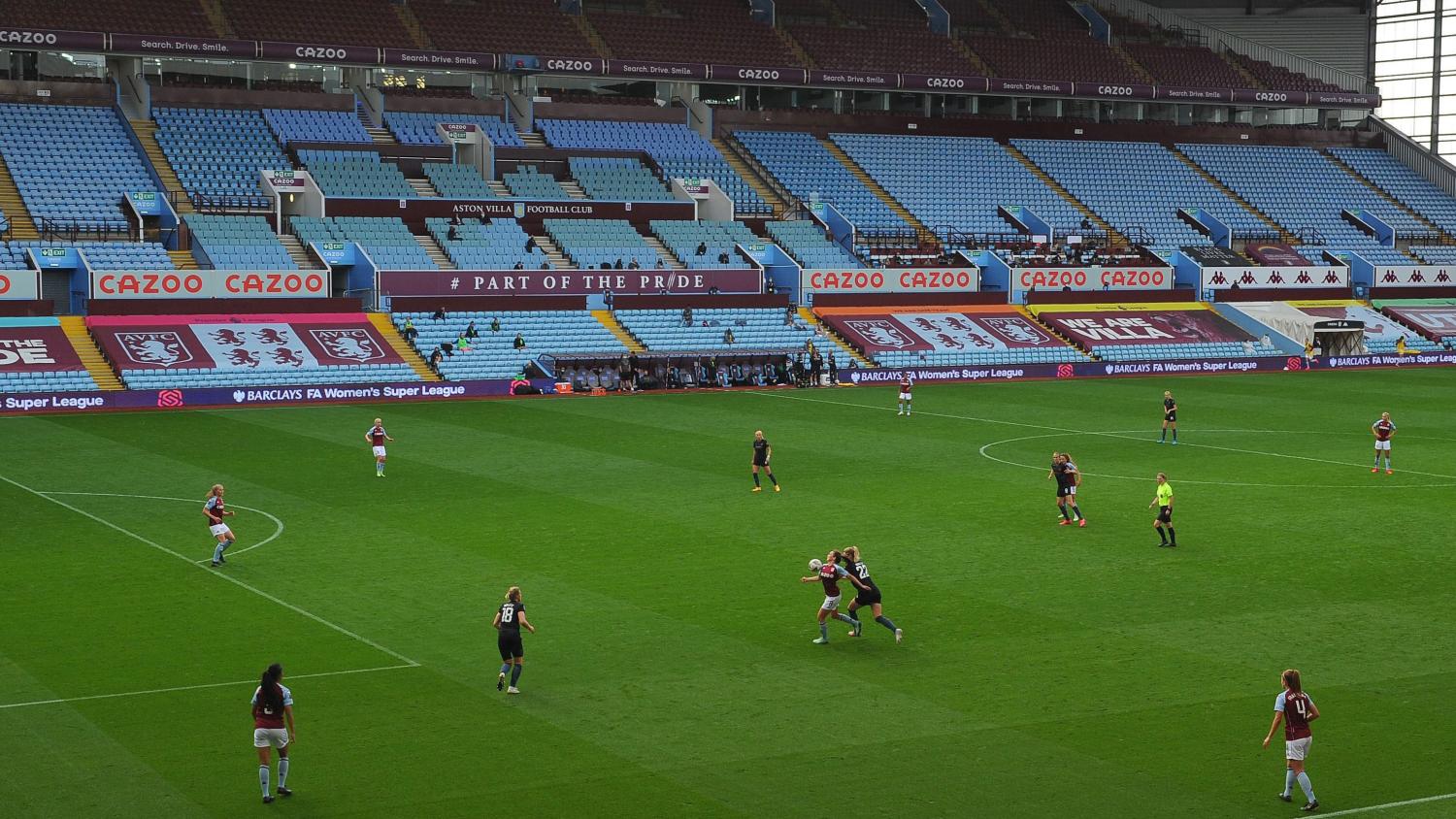 Sam Mewis made her debut in the FA Women’s Super League, helping the Citizens to a 2-0 win over newly promoted Aston Villa on Saturday at Villa Park. The USWNT midfielder nearly scored 15 seconds into her debut and played the full 90 minutes in the first FA WSL match of the season.

Mewis joined Man City in August, before the NWSL announced it would continue its season with a Fall Series. Rose Lavelle signed with the Citizens soon after, but she wasn’t in the 18 on Saturday against Villa. Mewis had a brief cameo in City’s 2-0 defeat to Chelsea in the Women’s Community Shield last week before showing what she could do in the FA WSL season opener.

Mewis slotted into Gareth Taylor’s starting midfield alongside Keira Walsh and Caroline Weir. With Jill Scott and Rose Lavelle also available, City will boast arguably the best midfield in the world this season.

In her WSL debut, Mewis helped lock down the defensive side of things and also pushed forward well. This pass showed she’s already developed an understanding with teammates, setting up Janine Beckie with a superb through ball only to see the Canadian striker denied by Sian Rogers in goal.

Although Mewis performed well in her first league match with her new club, the match was decided by Georgia Stanway. A day after killing her team with a hilarious fail, Stanway singlehandedly won the match with her hustle. The England forward scored not one but two goals by quickly closing down on sloppy passing from the back by Villa.

Not the way Aston Villa would’ve liked to start life in the top flight, but the team can be pleased with having not conceded outside of its own mistakes.

FA WSL action continues Sunday with five matches, including a Chelsea-Manchester United match that will be shown on NBCSN, albeit on tape delay.