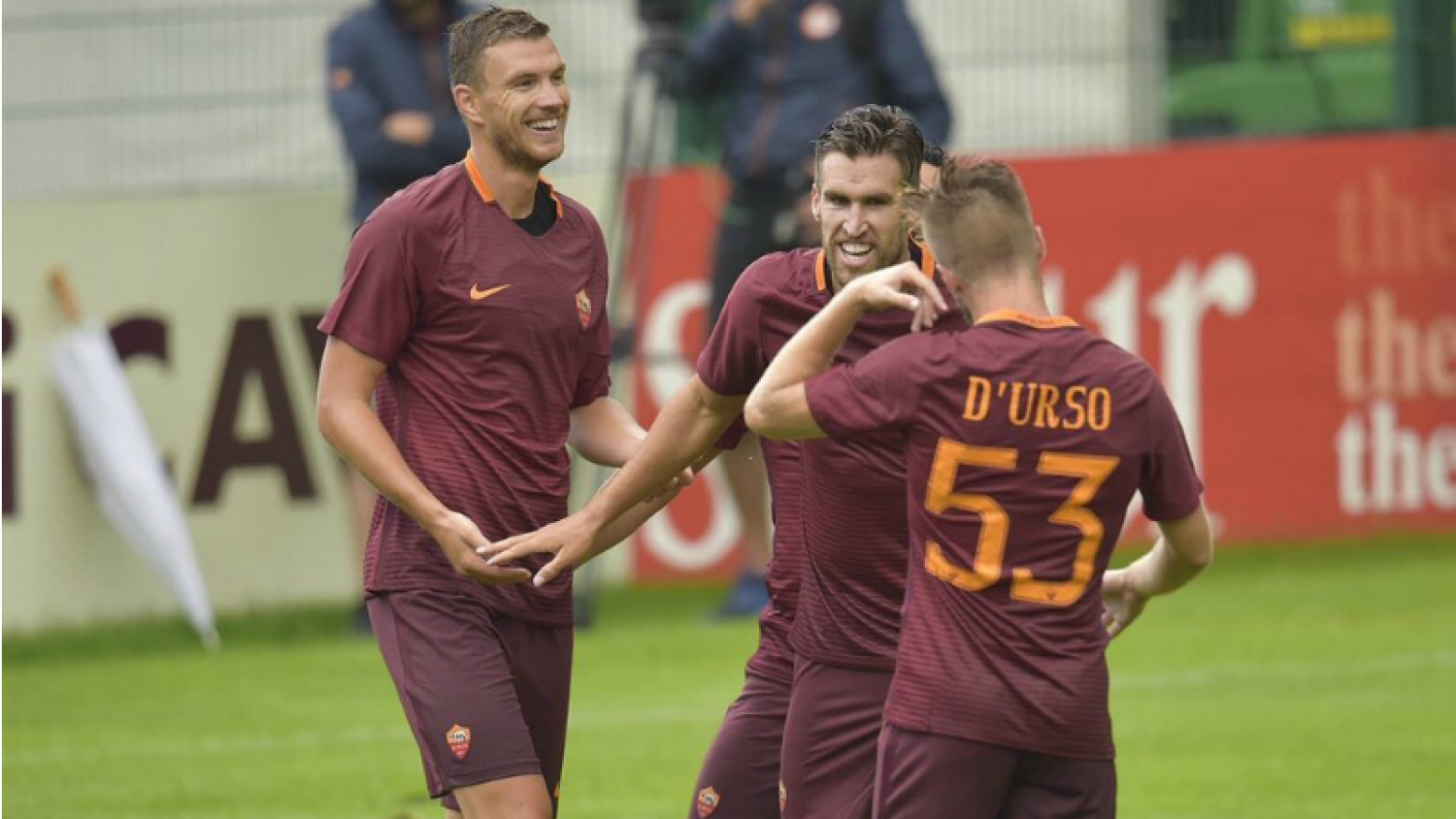 AS Roma strolled to a 16-0 victory over semi-pro side AC Pinzolo in their first preseason friendly.
Photo: @101greatgoals | Twitter

AS Roma’s preseason has gotten off to a flyer after they comprehensively defeated Italian semi-pro side AC Pinzolo 16-0. Edin Dzeko, Mohamed Salah, Diego Perotti and Juan Iturbe were among those who got in on the scoring action.

If you didn’t score in this match, AS Roma have most likely put you up for sale in the transfer window. Seriously though, it’s not often that you see a 16-0 scoreline pop up on your Twitter feed. Sixteen!

AS Roma’s goal scoring total in this match can get a driver’s license. It can celebrate its “Sweet Sixteen” and transition into womanhood.

It can legally drop out of school, sexually consent, donate blood for a little bit of income, scratch that and get a real job, say to hell with the 9-5 grind, obtain a passport and finally land in Italy and legally sip a glass of fine red wine.

This scoreline could live one hell of an adventurous life at 16.

Watch all 16 #ASRoma goals in the Giphy Remixhttps://t.co/lYQHwpPigd

Thankfully for AC Pinzolo, Francesco Totti failed to appear in the match. Things could’ve gotten out of control.

The scoreline could’ve voted, joined the military or watched an R-rated film at that point.