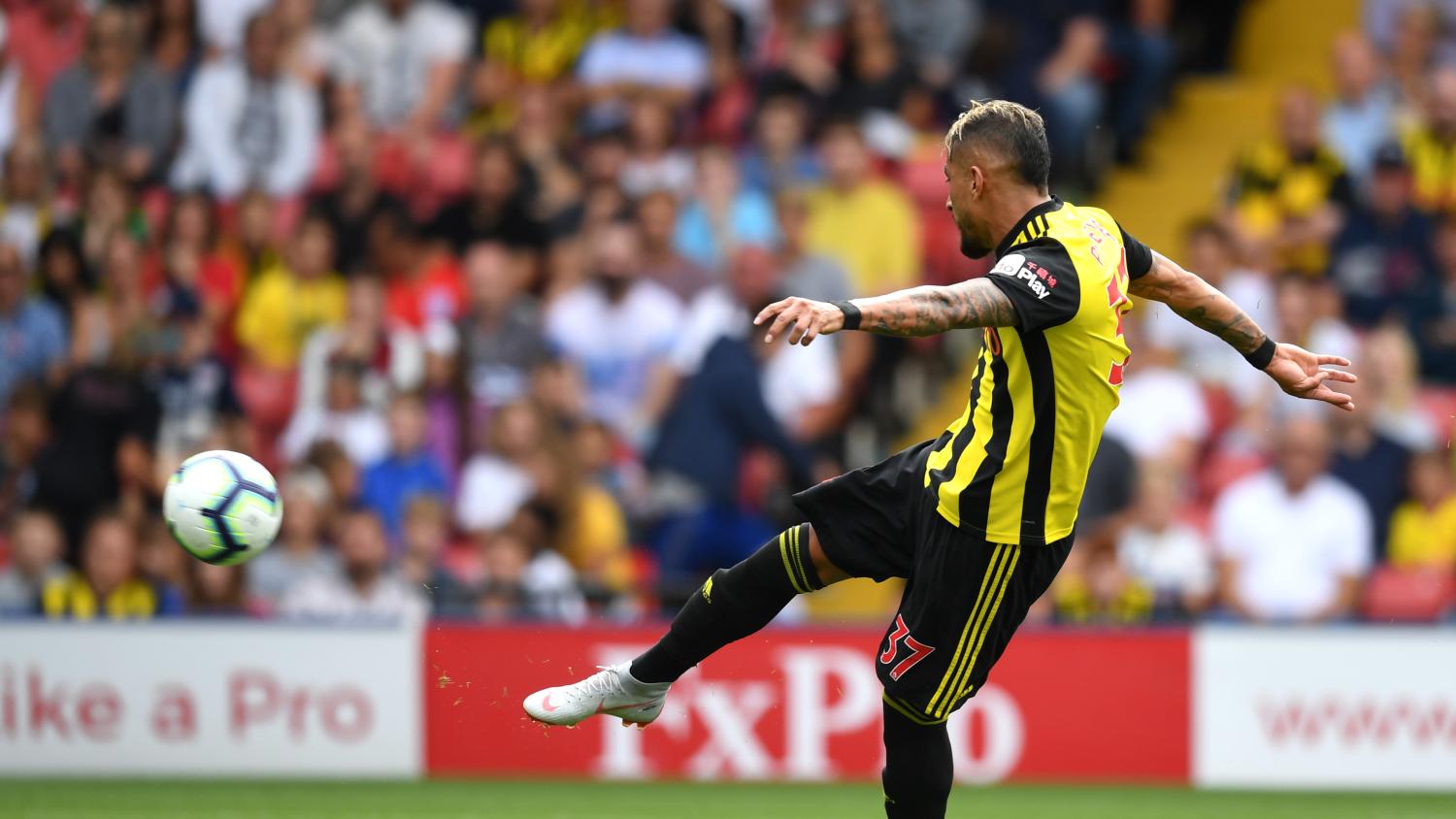 Watford’s Argentine midfielder scored two goals on Saturday, one of which was gorgeous.
Getty Images

The EPL Golden Boot will probably be won by someone like Mohamed Salah, Harry Kane or Sergio Aguero. But the man currently leading the race is a Watford midfielder who tallied twice on Saturday — and the first Roberto Pereyra goal is an early leader for Goal of the Season.

Pereyra is a 27-year-old Argentine journeyman who has appeared for River Plate, Udinese, Juventus and now in his third season with Watford. With 10 caps for La Albiceleste, he’s not an unknown quantity, but he’s not someone many would have predicted to be leading the EPL Golden Boot race.

That said, given the quality of his strikes on Saturday in a 2-0 win over Brighton & Hove Albion, maybe you want to at least pick him up on your FPL team.

The first Roberto Pereyra goal against Brighton came in the 35th minute, a magnificent volley off a short corner routine.

The level of technical precision required to strike a ball like that should not be underestimated. Even the best players in the world would struggle to put that shot on target 90 percent of the time.

The second Roberto Pereyra goal, the one that put him in the Golden Boot lead, arrived in the 54th minute. The Watford midfielder found an obscene amount of open space on the left flank and drove toward goal before powering the ball past goalkeeper Mathew Ryan, who probably would have done better had his parents named him Matthew.

Roberto Pereyra scores his second of the day and it is NICE!

He takes the lead in the Golden Boot race  pic.twitter.com/BD49a4EQ04

Pereyra scored five league goals last season, his best return since scoring the same number in 2012-13 with Udinese. The former Juventus player (he scored six goals in 69 appearances with the Old Lady), is nearly halfway to his career-best showing.