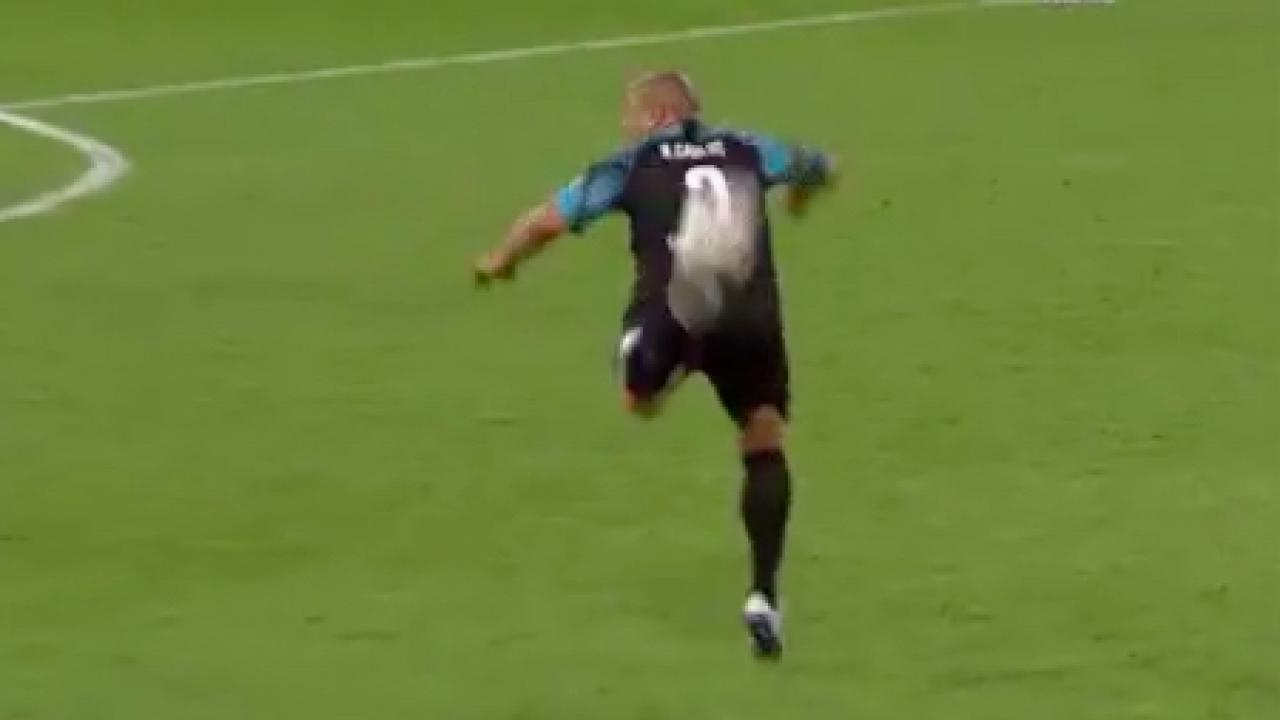 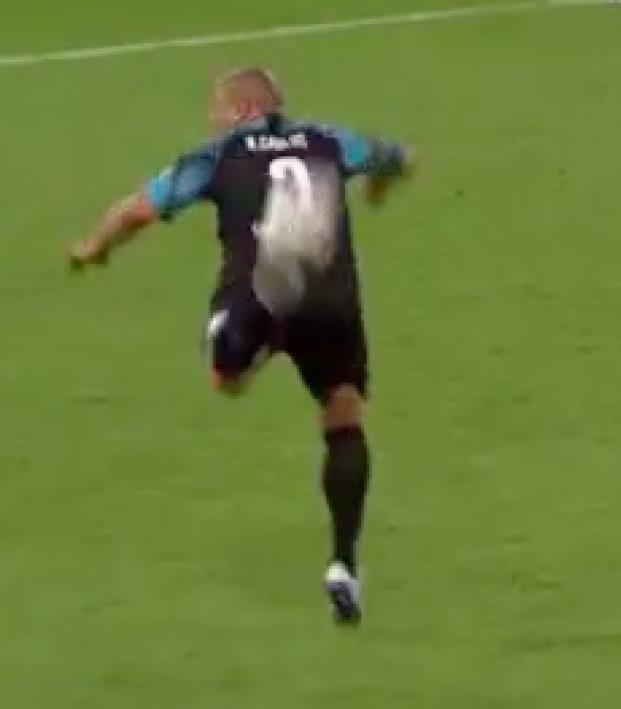 The game finished 2-2 in regular time with F2 Freestylers baller Jeremy Lynch scoring two goals for the England XI while the World XI responded with goals from Bolt and Love Island’s Kem Cetinay. The World XI would eventually triumph on penalty kicks.

The London crowd was treated to two fantastic moments on the night, the first being a display of pure Brazilian filth from legendary defender Roberto Carlos. Sure, he’s 46 years of age now, but this is still the man that earned 125 caps with Brazil while redefining the full back position.

The three-time winner of the Champions League and 2002 World Cup champion is still a monster. Look at this pass.

The other highlight was Bolt’s goal. We’re not massive fans of Usain Bolt the soccer player here at The18 (more so ESPN's unending coverage of it), but we do appreciate this strike because it made a fool of Jamie Carragher. Carragher’s fellow Sky Sports pundit Gary Neville was quick to point out the error.

Carragher later made amends by clearing a Drogba shot off the goal-line.