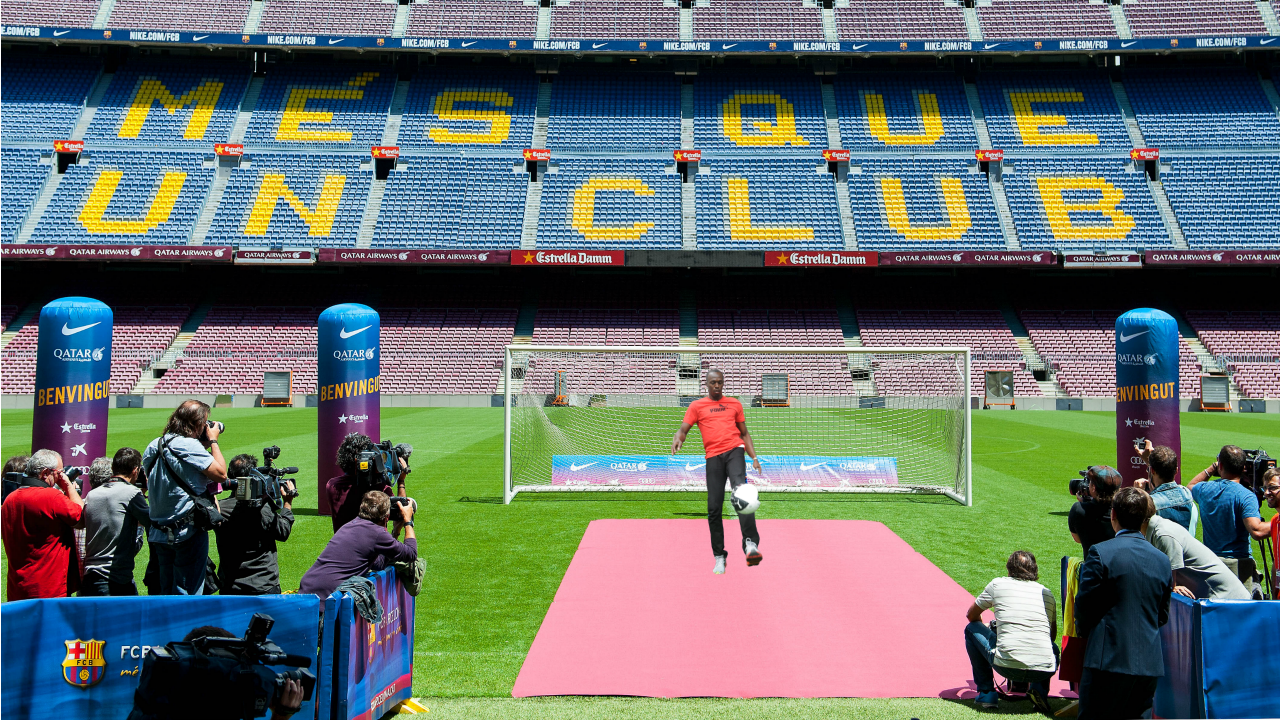 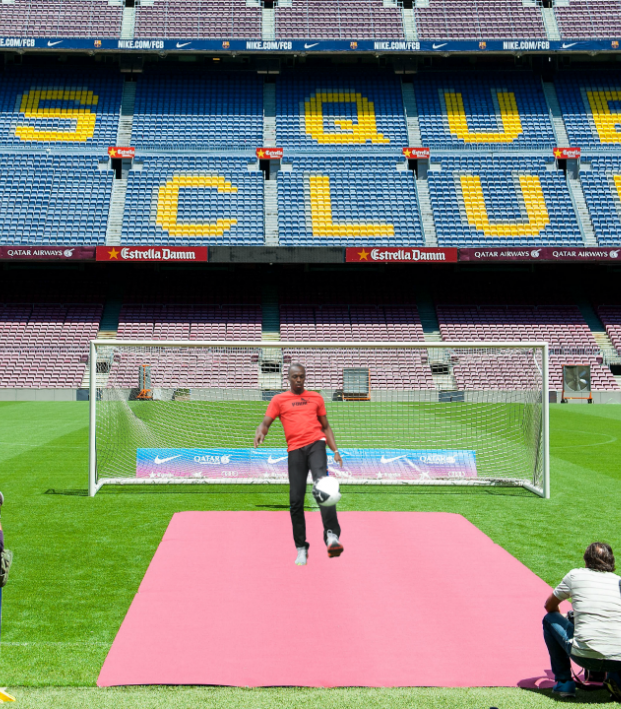 After eight hugely successful weeks on trial with Australia’s Central Coast Mariners, the secret was out: Usain Bolt is a raw talent, but the greatest sprinter of all time can also do work on the football pitch.

Apparently FC Barcelona saw enough to take a chance on the Jamaican, and the 32-year-old has now touched down at the Camp Nou on a three-year contract as the ideal longterm replacement for Luis Suárez.

“I’ve been privileged enough to coach players like Lionel Messi, Sergio Busquets and Aritz Aduriz,” said Barcelona manager Ernesto Valverde, “but I’ve never seen a player combine such bad ass amounts of speed with such a keen eye for goal. Tactically, he’s superb — I could see him as player-manager in three years time and I'll just retire.”

Bolt’s only been playing somewhat seriously for a year now, but he staked his claim as a world-class footballer after scoring a devastating brace against amateur club Macarthur South West United back in October.

With a frame of 6 feet 5 inches and the ability to run 100 meters in 9.58 seconds (the Camp Nou pitch is only 105 meters long), Bolt will be a devastating outlet for the likes of Messi, Jordi Alba, Sergi Roberto and Ivan Rakitic to ping passes at.

Bolt will wear the number 9.58 at Barcelona as a symbolic gesture to his world record time in the 100-meter sprint. He could make his debut as early as tomorrow, when Barcelona travels to play Villarreal at El Madrigal.

There are, of course, those who doubt Bolt’s arrival at Barça, including Perth Glory forward Andy Keogh, who says the Jamaican’s first touch is “like a trampoline.”

Others will doubt the timing of the announcement and claim that it’s nothing more than a marketing ploy or sick joke. How dare you.