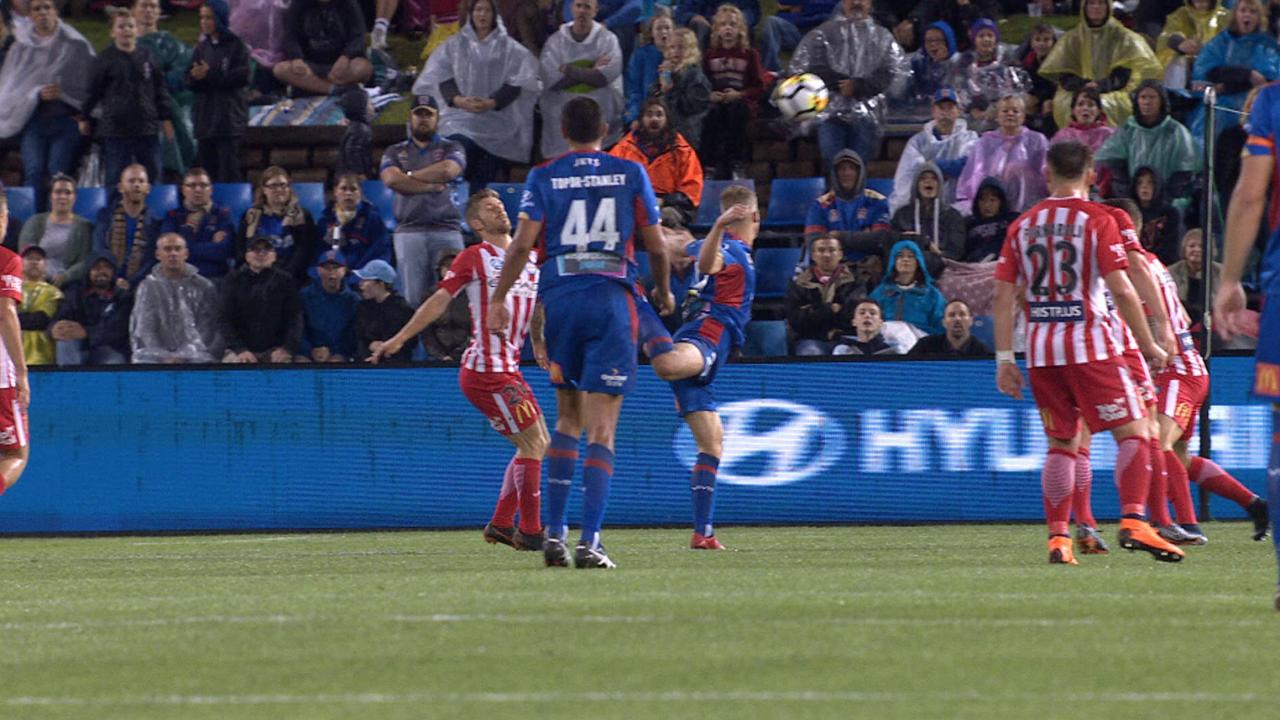 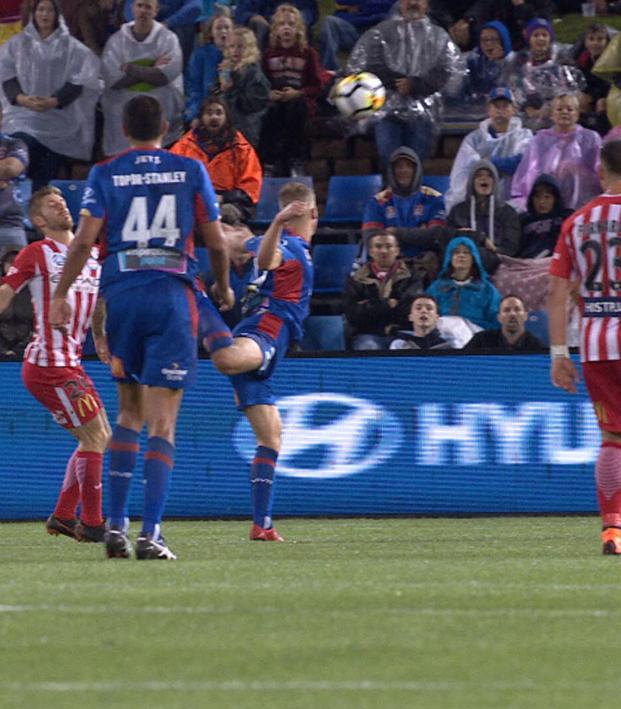 Matt Jenkins April 28, 2018
Riley McGree's scorpion kick goal is one of the most outrageous finishes we've seen this year...or perhaps ever.

Newcastle Jets midfielder and most Australian-sounding man in the world Riley McGree just scored an incredible scorpion kick goal. For those of you who have never seen a scorpion kick goal, it's the equivalent of an NBA player turning around at the 3-point line, moonwalking its perimeter and scoring a no-look basket while doing so.

Our feelings about this goal are summed up nicely by the eloquence of this Twitter user:

Holy fucking shit, what a goal from Riley McGree.#NEWvMCY pic.twitter.com/zDLWWF8So8

Prepare to be amazed:

If you are not impressed by this, you are likely too cool to be impressed by anything and we would guess you are wearing a pair of Tom's and knitting yourself a sweater right now, maybe while watching an indie documentary about sandwiches.

Surely McGree's scorpion kick goal will be in the running for the Puskas Award this year and, frankly, make all the other goals look silly. The only thing that could make this goal better is if McGree said this before scoring it: "That's not a goal. THIS is a goal."

If you don't understand that reference, stop watching your sandwich documentary and immediately pay tribute to the greatest Australian of all time and no we don't mean Hugh Jackman or Ned Kelly:

It reminds us less of Jack Wilshere's scorpion kick maneuver against Norwich, but only because he put the ball in the goal in a more traditional manner.

No matter what this goal reminds us of, we're certain that we won't see another one like it this year.