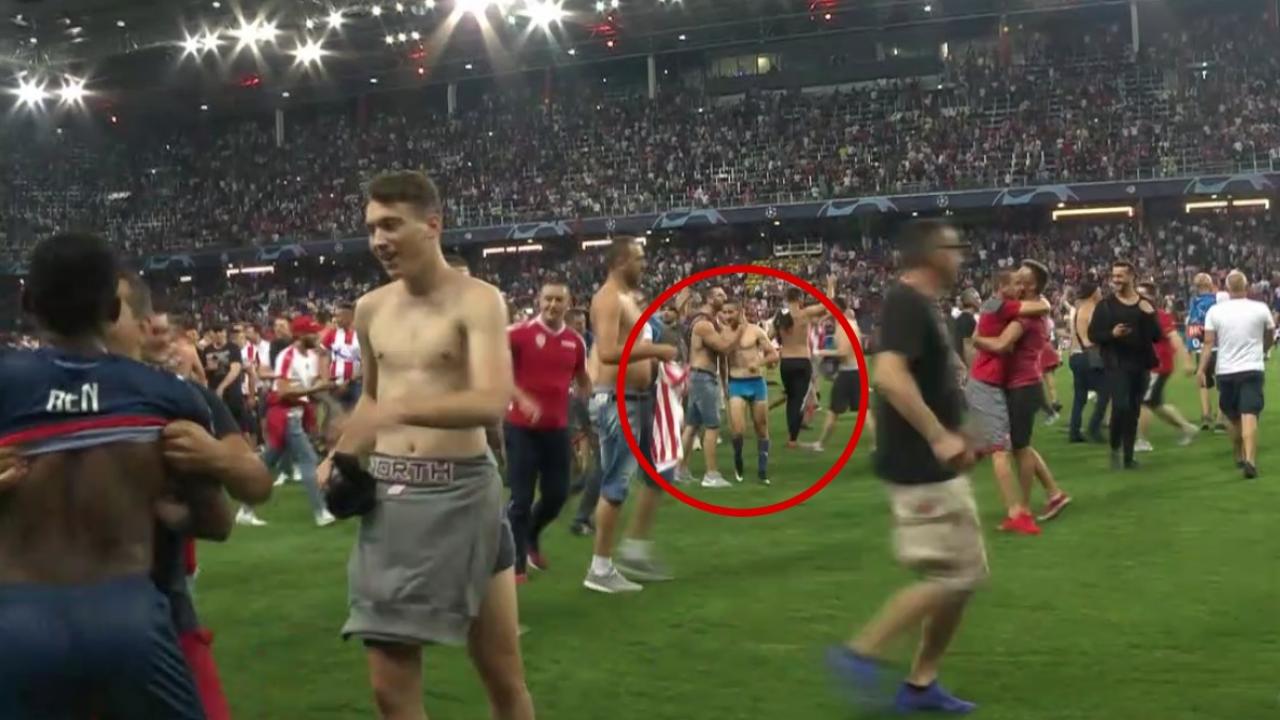 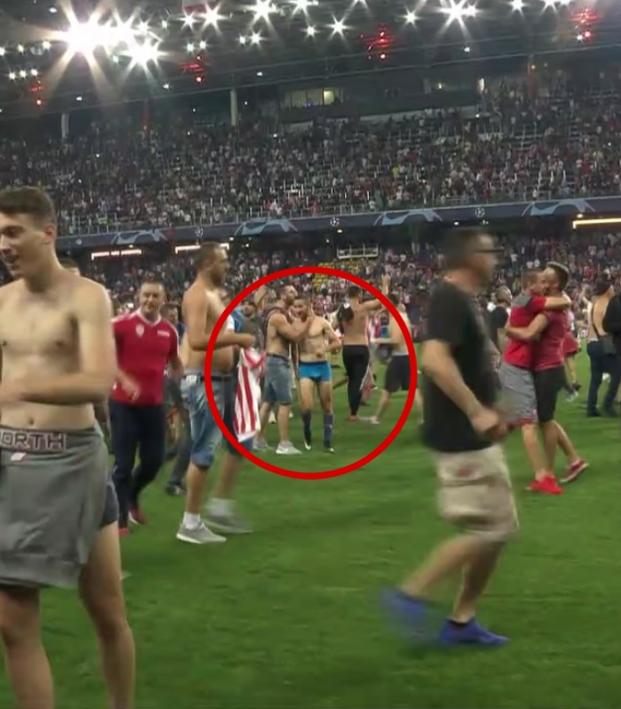 Red Star Belgrade is a proud Serbian club, the only team from the former Yugoslavia to win a European trophy, having claimed the European Cup in 1991. But the Star had yet to reach the group stage in the European Cup’s successor, the Champions League, which debuted in 1992.

But Red Star Belgrade is back in the Champions League group stage after a wild comeback in Austria on Wednesday night.

After a scoreless first leg in the Serbian capital, the teams met at Red Bull Arena Salzburg with everything on the line to be one of the last three teams in the UCL group stage. Early in the second half, Salzburg took a 2-0 lead thanks to a pair of goals from Moanes Dabour, the second a penalty kick. But the Star scored two goals in a manner of seconds to equalize.

The goals came moments after Salzburg defender Marin Pongracic probably should have been sent off for stomping on Red Star striker Milan Pavkov.

Only a yellow card?!

In the end, Red Star Belgrade held on for the 2-2 draw to advance on away goals.

The scenes on the pitch afterward were nothing short of chaotic and hilarious, with a sexy time had by all as the visiting fans were so excited they couldn’t keep their clothes on, or the clothes of their team.

My personal favorite part was when a couple of Belgrade fans tried to take the shirt off the team’s first goal scorer, but Ben was having none of it. 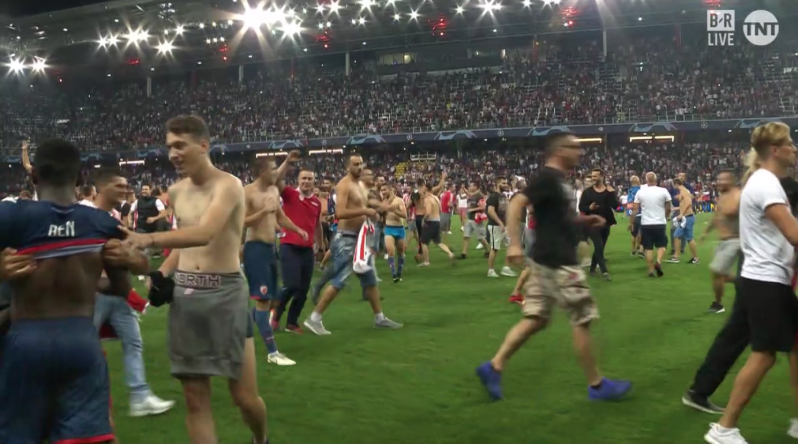 Crvena Zvezda aka Red Star Belgrade have qualified for the CL group stages for the first time ever.
This is hiw their supporters reacted at the final whistle. They won the European Cup in 1991.#SALRED #UCL pic.twitter.com/SVELwQYmqU

The Serbian club reportedly had more than 10,000 fans in Austria, with some reports suggesting as many as 15,000 traveled for the match.

Once the Red Star Belgrade fans put their clothes back on, they’ll want to tune in for the Champions League group stage draw, which is Thursday. The Stars will be in Pot 4, but there are some pretty good teams in every pot (this is the Champions League, after all).