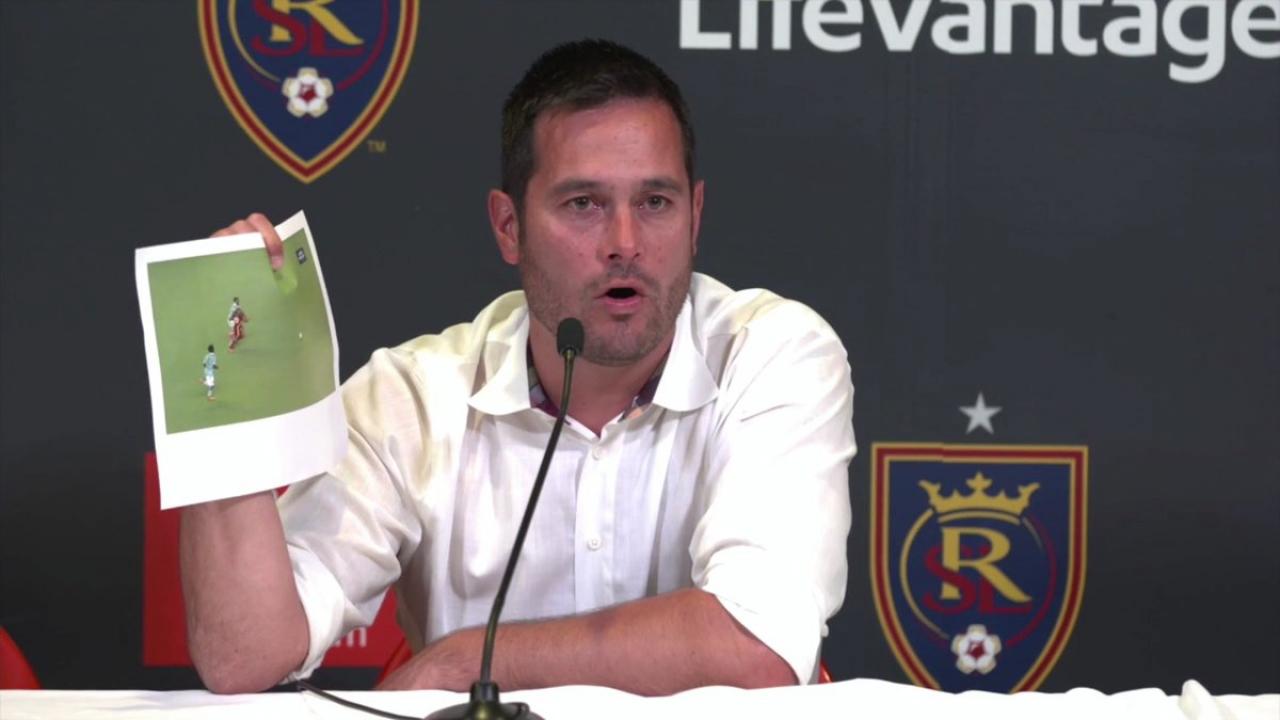 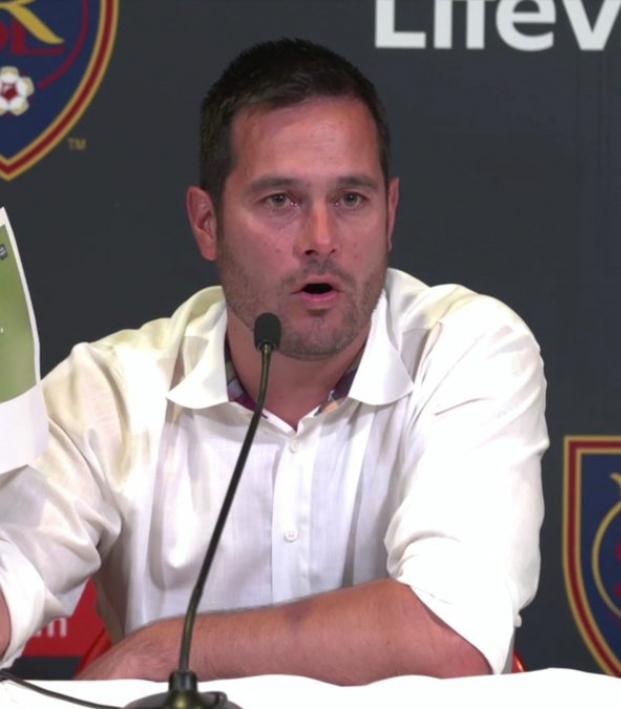 The printer is a mysterious creature with a mind of its own. Often magnanimous in its ability to create documents and dole out copies, a printer can quickly turn against its owner and decide to pretend there’s a paper jam when there is no jam because damnit I looked all through the thing and there’s no jam and there’s not even any paper anywhere nearby and just work please oh please just work.

Real Salt Lake coach Mike Petke’s printer decided to do the latter on Saturday night after his team drew 1-1 with Sporting Kansas City. The printer joined referees as the subjects of Petke's most eloquent rant.

After spending the first three minutes of his post-match press conference ranting and raving about Major League Soccer’s officiating, Petke turned his anger to his printer. Having printed out a dozen copies of two different photos as visual aids to make his point, Petke was unable to provide two more pieces of photographic evidence to support his case.

“I have two more that, god, the freakin’ printer didn’t work, so I couldn’t print enough,” Petke said.

Moments after the press conference, a fan captured Petke and his assistant coaches doing this on his cell phone camera on the practice field outside Rio Tinto Stadium in Sandy, Utah.

As is usually the case with man-on-machine violence, the perpetrator was merely transferring his anger at MLS officials toward the innocent (OK, maybe not completely innocent) printer.

Petke’s team, in his mind, was the victim of favoritism by MLS. It started in Salt Lake’s midweek match against Portland, when Kyle Beckerman was shown red for a relatively innocuous push of Fanendo Ali, who then went nuts on Beckerman and was also shown red. Petke didn’t think Beckerman deserved red, though when he subsequently spit near the ref, Beckerman didn’t gain much sympathy.

Meanwhile, in Sporting KC’s last match, Ilie Sanchez had his hands around the throat of Oguchi Onweyu right in front of the referee. The image of Sanchez’s indiscretion was Petke’s first piece of visual evidence. Sanchez was not punished and played in Saturday’s match.

“Trey, hand ‘em out,” Petke asked of Trey Fitz-Gerald, listed as the Vice President of Broadcast & PR on the RSL website.

Petke wasn’t done. He then turned to Saturday’s match and began discussing a moment in the match when RSL’s Joao Plata was grabbed — put in a headlock, Petke said — by a KC defender on a breakaway. Petke wanted a red card, instead no foul was called and Sporting went the other way and drew a foul in a dangerous position.

“Pass these out, Trey,” Petke said once more.

While the printer was working, Petke’s visual aids showed legitimate gripes. But this is soccer. There are about 500 legitimate gripes in every match. MLS itself was accused of hypocrisy just last week. The RSL coach did give one indication as to why he decided to speak out in this manner: for health reasons.

“If I don’t act the way I do, I can’t sleep for the next four weeks,” Petke said.

Hopefully, Mike, you can rest easy knowing that we now live in a society where you don’t need to kill trees and print out evidence. Next time, buddy, just use Twitter. At least until your WiFi router starts acting up. Then, god help us all.