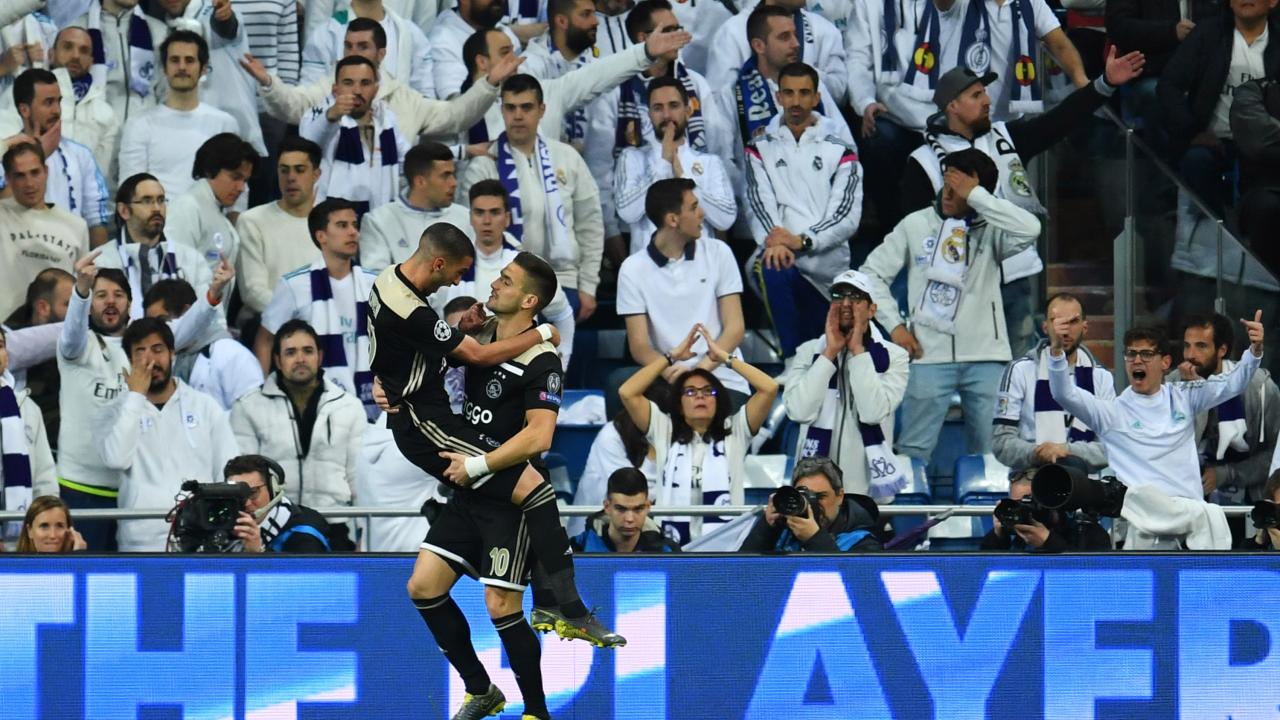 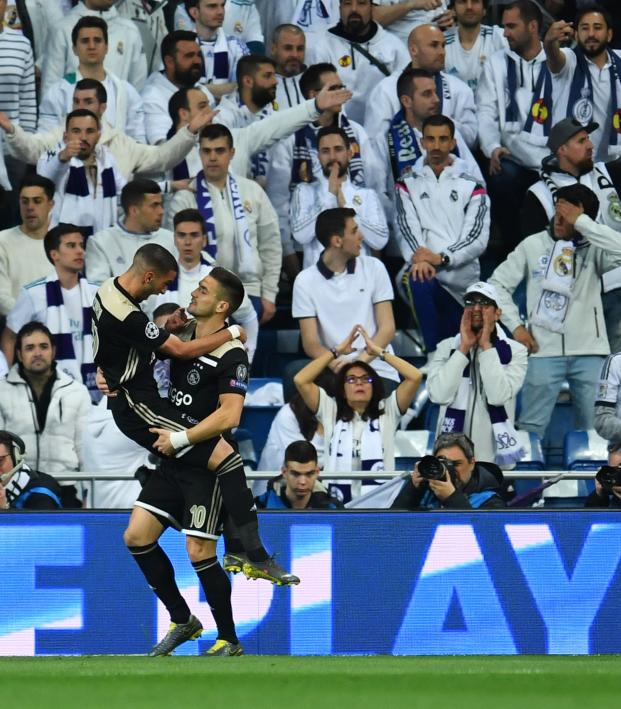 And this might be the end of the Real Madrid dynasty as we know it.

Los Blancos have dominated in Europe in the last decade. Winners of the last three and four of the last five Champions Leagues, what they’ve done has been nothing short of remarkable. The last time Real Madrid failed to reach the semifinals of the premier international club competition was in 2010.

But this isn’t the same Real Madrid.

Cristiano Ronaldo left over the summer and no one has filled his giant void. The club lost two in a row to Barcelona in the last week and on Tuesday its Champions League dreams were shattered but a group of young upstarts at Ajax.

After a narrow loss in the first leg in which it missed countless opportunities to score, Ajax turned things around in the second leg in remarkable fashion, crushing Real Madrid 4-1 to advance 5-3 on aggregate in the Champions League Round of 16 on Tuesday in Madrid.

1 - @AFCAjax have beaten Real Madrid for the first time since 1995-96, the last season in which Ajax made it to the Champions League final. Omen. pic.twitter.com/xAFxRUl4mD

Dusan Tadic looked like a world beater at the Bernabeu, assisting on two goals and scoring a worldie himself to inspire Ajax’s historic victory at the home of the reigning champion. Tadic was the creative hub for the visitors, with neither Nacho nor Raphael Varane ever getting close enough to slow him down as Sergio Ramos’ absence was sorely felt.

Tadic, Hakim Ziyech, David Neres and Lasse Schöne all scored for the Dutch club, rendering a fine strike from Marco Asensio meaningless. The Ajax defense was resolute, the midfield (led by Barça-bound Frenkie De Jong) imperious and the offense simply beautiful, passing around Real Madrid like they were orange cones.

2 - Ajax are only the second team to eliminate Real Madrid from a European knockout tie having lost the first leg at home, after Odense Boldklub in the 1994-95 UEFA Cup. Shocker.

Real Madrid came out like you’d expect from the reigning champs playing at home, taking the match to the visitors. Varane struck the post with a header in the fourth minute and it looked like Los Blancos would soon add to their 2-1 aggregate lead.

Instead, one awful turnover by Toni Kroos later, Ajax evened the series at 2-2.

Ziyech poked the ball away from Kroos on a throw-in and Tadic burst down the right flank behind the Madrid defense. The former Southampton forward then squared to back to Ziyech, who fired past Thibaut Courtois for an early lead.

About 10 minutes later, Ajax grabbed the aggregate lead with a goal from David Neres. The goal — specifically the move from Tadic before he tallied his second assist — was so good it got its own post.

Real Madrid was falling apart, quite literally. Lucas Vazquez and Vinicius Junior both had to be replaced in the first half due to injuries, with Gareth Bale and Asensio taking their places.

Both showed glimpses of reviving Real Madrid in the first half. Bale struck the post from a tight angle and nearly teed up Asensio but for a late block.

But Ajax looked more likely to score the third goal in the first half. Neres had a chip sail wide and Courtois came up big on this shot from distance from Ziyech.

With both sides flying forward in the second half, it was Ajax that found the back of the net next.

Tadic supplied the finish with a beautiful effort from the edge of the 18, but VAR was called in to see if the ball went out of bounds in the buildup.

Ajax, which had a goal disallowed by VAR in the first leg on the first use of VAR in the Champions League, was not denied a second time.

After a lengthy delay, the officials ruled there wasn’t enough evidence to determine the ball went out of bounds and the goal stood. Ajax 3-0, 4-2 on aggregate.

Was it completely over the line?  pic.twitter.com/DjNlBaMywb

Real Madrid not getting a call go their way in the Champions League? What parallel universe are we living in right now?

Of course, Real Madrid is a club that’s had its back up against the wall before and always come through in the past.

While Cristiano Ronaldo is no longer roaming the left flank, Asensio reminded us that his left foot is still very good, pulling Los Blancos within 3-1 in the 70th minute.

But the positive feelings in Madrid were short-lived.

Moments later, Lasse Schöne lashed a free kick from a tight angle over Courtois and into the back of the net, his last contribution before being subbed off.

The match was summed up in the 83rd minute when Karim Benzema slipped at the vital moment when he and Luka Modric were in two-on-one against the goalkeeper.

Ziyech should’ve made it 5-1 but he fired over from inside the six-yard box in the 86th minute, but it really didn't matter at this point.

The match ended with Nacho, Ramos’ replacement, getting sent off for a dumb challenge on Donny van de Beek followed by a shove of Ziyech. To make matters worse, Ramos received an additional suspension of one game for admitting to intentionally picking up that yellow card in the first leg.

Thus ends the Real Madrid dynasty. Unless the club can bring in some remarkable talents over the summer, you can’t imagine this side winning another Champions League anytime soon.

Kylian Mbappé and/or Neymar, anyone?