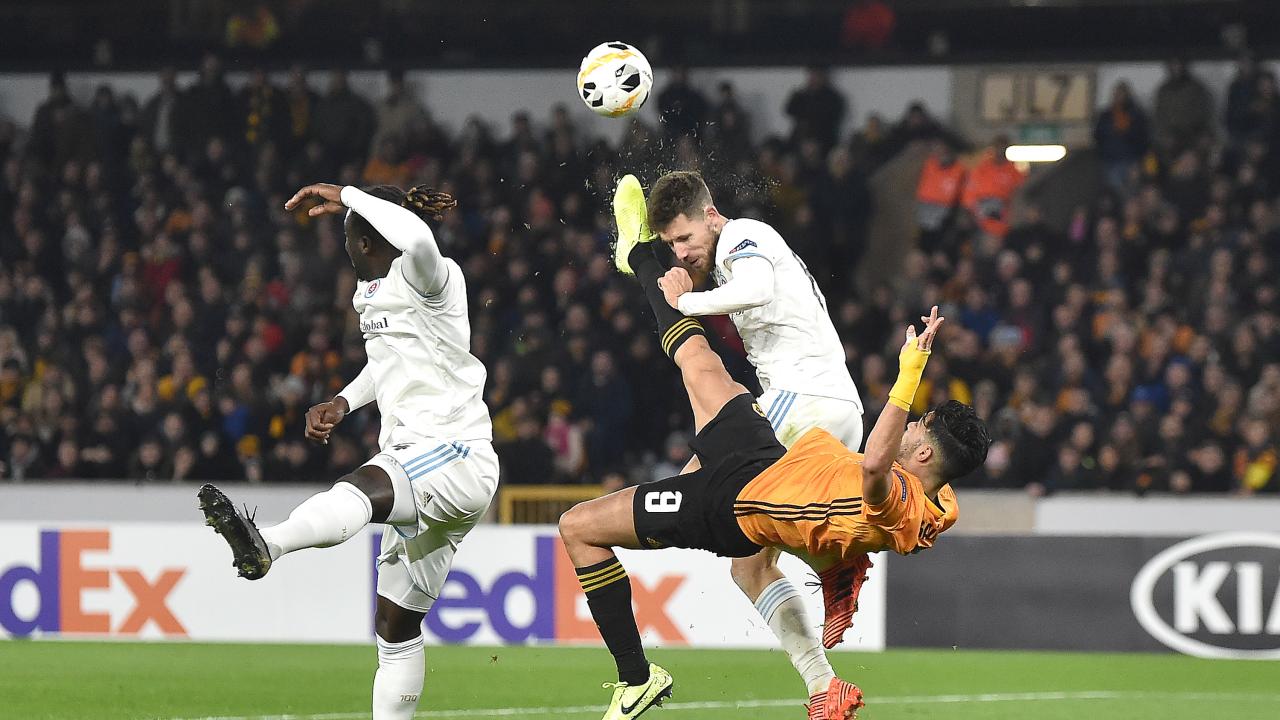 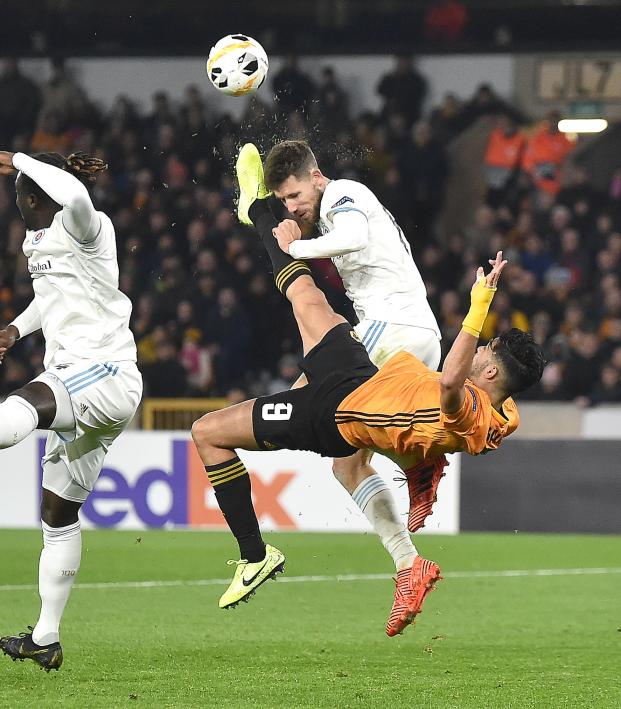 Raúl Jiménez was the first to react.

The Wolverhampton striker’s boot had violently struck the head of Kenan Bajric of Slovan Bratislava while attempting a bicycle kick, and Jiménez immediately called for medical staff to come onto the field.

After 10 minutes, Bajric was stretchered off the pitch. Shortly thereafter, Jiménez was apologizing after scoring a critical late winner.

Raúl Jiménez headed in the lone goal in the 92nd minute of Wolverhampton’s 1-0 victory over Slovan Bratislava on Thursday, his second goal of the Europa League group stage. It is unlikely the Mexican forward will remember the match fondly for what happened 15 minutes prior.

Jiménez attempted to score on a bicycle kick in the 78th minute, but there was far too much traffic in the box. Bajric, attempting to make a play on the ball, instead received a forceful blow to the head.

Players, including Jiménez, were quick to come to Bajric’s aid, as it appeared he was immediately knocked unconscious.

An alternate angle shows just how quickly Bajric’s head snapped when struck by Jiménez’s foot. Jiménez was given a yellow card for his high boot.

Bajric was awake and speaking after the match, according to reports and the match announcers.

Upon scoring, Jiménez put his hands together as if in apology to Bajric, showing the opponent was not out of the striker’s mind.

After the match, Jiménez told reporters it was “good news” that Bajric was awake and speaking.

The three points were important for Wolves, who moved into prime position to reach the knockout rounds. With two matches remaining, Braga leads Group K with 10 points after beating last-place Beşiktaş (zero points). Wolverhampton is right behind on nine points, crucially five points ahead of third-place Slovan Bratislava.