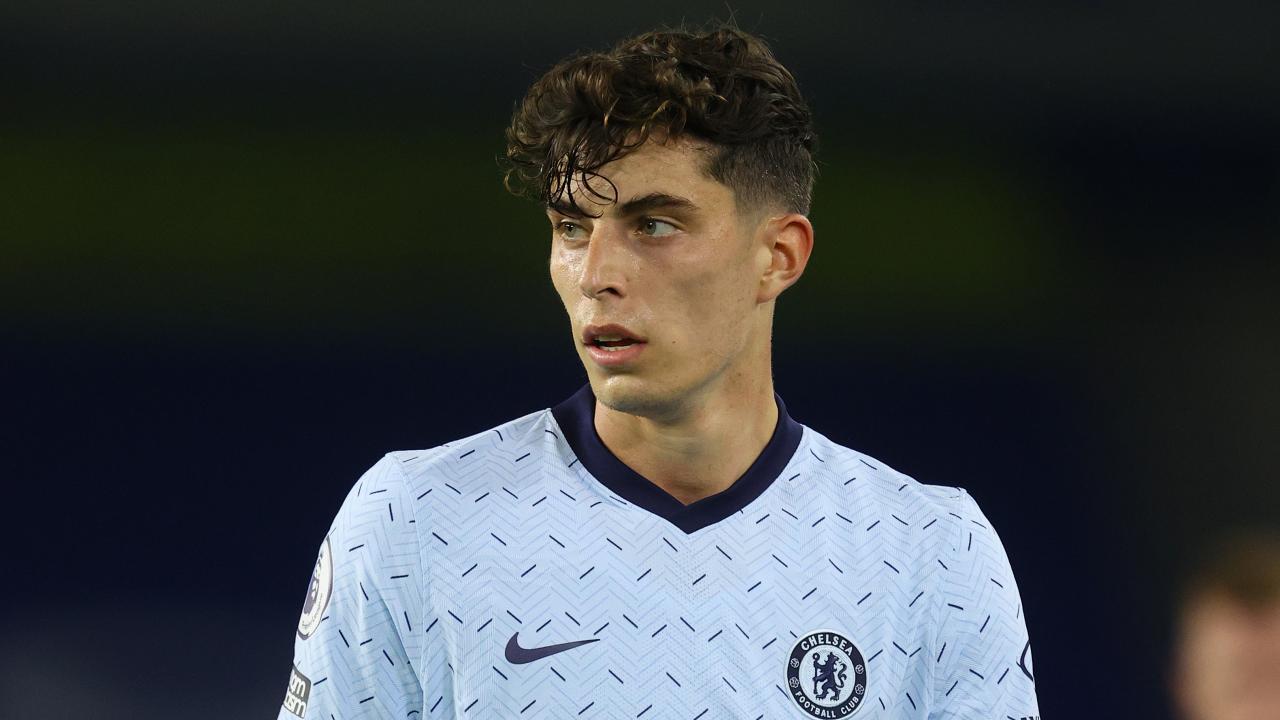 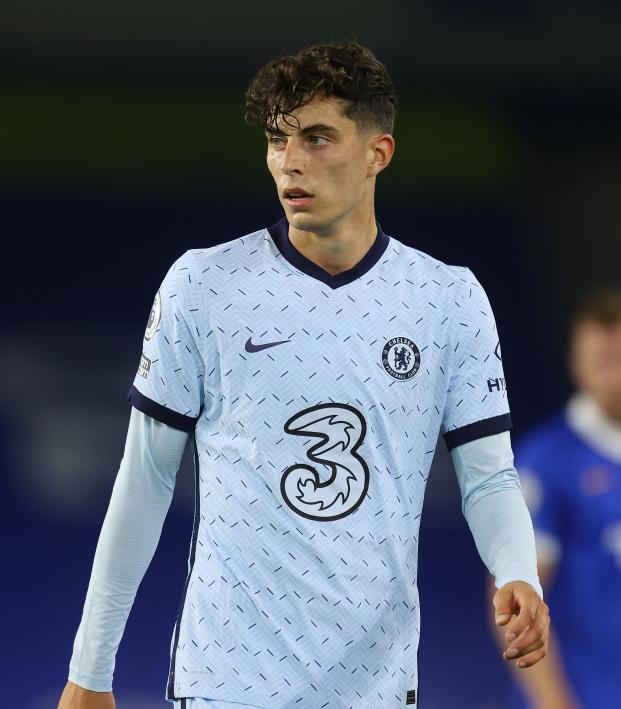 Connor Fleming September 15, 2020
Instead of telling you who’s in first and who’s in last, we’ll let Reddit decide.

The 2020-21 Premier League season began this past weekend with eight fixtures and 16 clubs in action. When the dust had settled, the table showed Arsenal and Leicester City leading the way after vanquishing the newly promoted duo of Fulham and West Brom.

There isn’t much use for Premier League Power Rankings after about six or seven weeks of the season — the table doesn’t lie — but we still want to get in on the action with an exercise that’ll include vastly differing metrics from week-to-week.

To begin with, we’re going to rank the teams based on how club Reddit pages reacted to the opening weekend. I visited each page, filtered the top posts for the last week and away we go.

(Burnley, Aston Villa, Manchester City and Manchester United are yet to enter the Thunderdome after having had their opening fixtures postponed.) 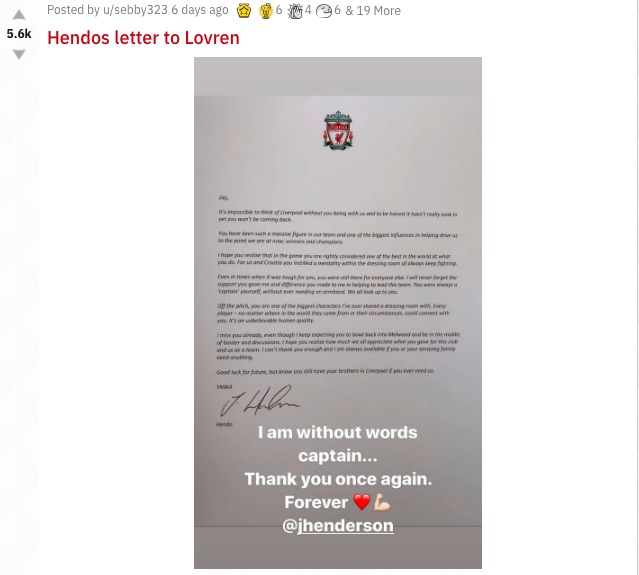 You can’t really find anything on the Liverpool Reddit that’s not a circle jerk over how upstanding these Reds players with great character are. 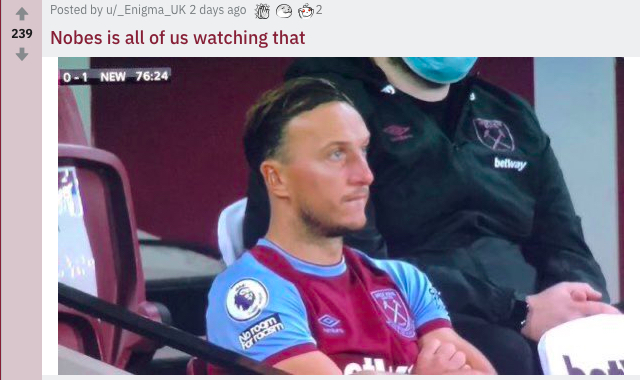 I have nothing but sympathy for West Ham supporters. Every day represents another opportunity to die a little more inside. 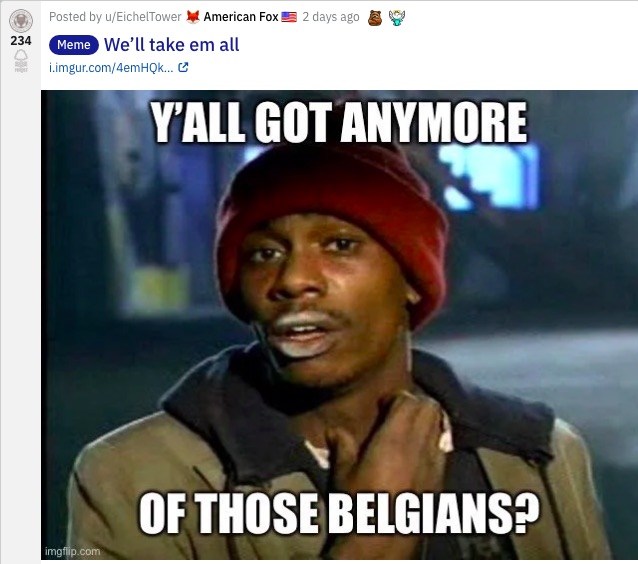 Leicester signed Belgian Timothy Cassagne this summer and already have both Youri Tielemans and Dennis Praet. An incredibly low-level effort, but one that's always appreciated by internet people.

It's a twofer: Football’s here … and it’s gone. 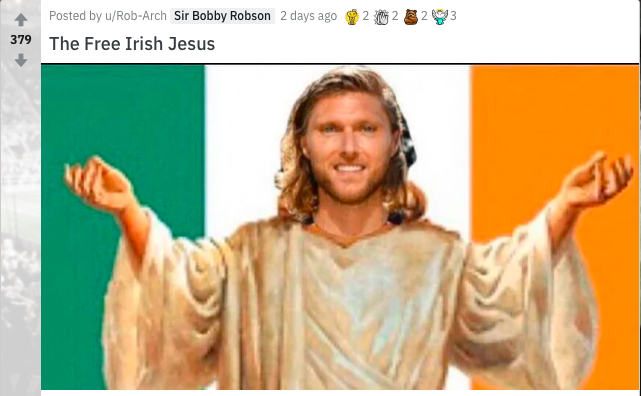 After using Jeff Hendrick’s free transfer as a stick to beat their own club with, Newcastle supporters remain tongue-in-cheek about a player they’d adore if he cost $20 million and was named Efraín Henrique.

Pivot away from José Mourinho and turn to Alex, Spurs fans. 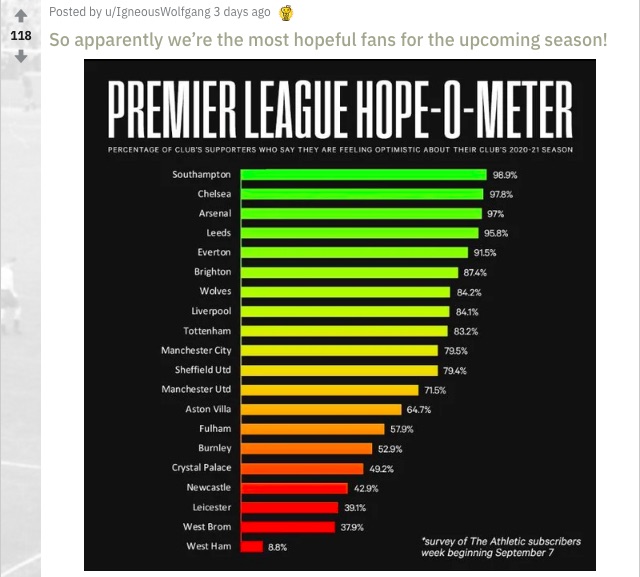 The Athletic with the worst — or maybe the greatest — poll of all-time.

This man should be social media manager for ESPN FC. 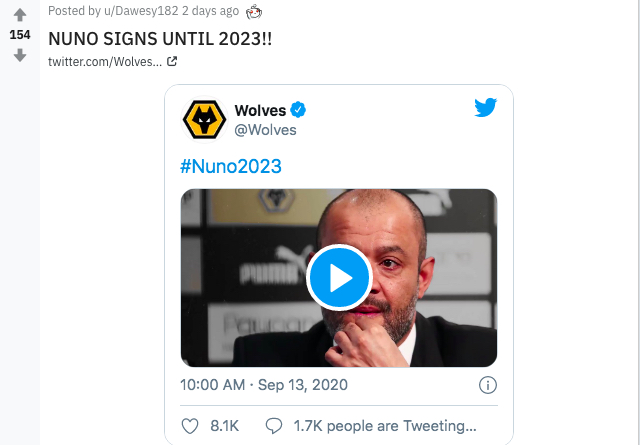 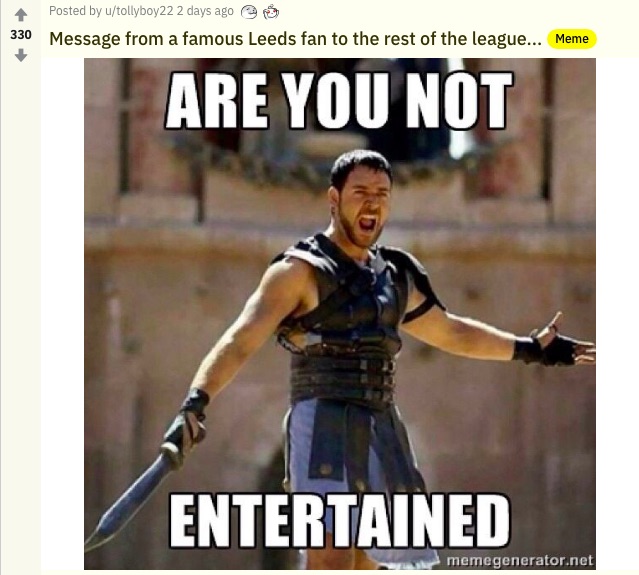 Yes, Russell Crowe has been a Leeds supporter all his life. 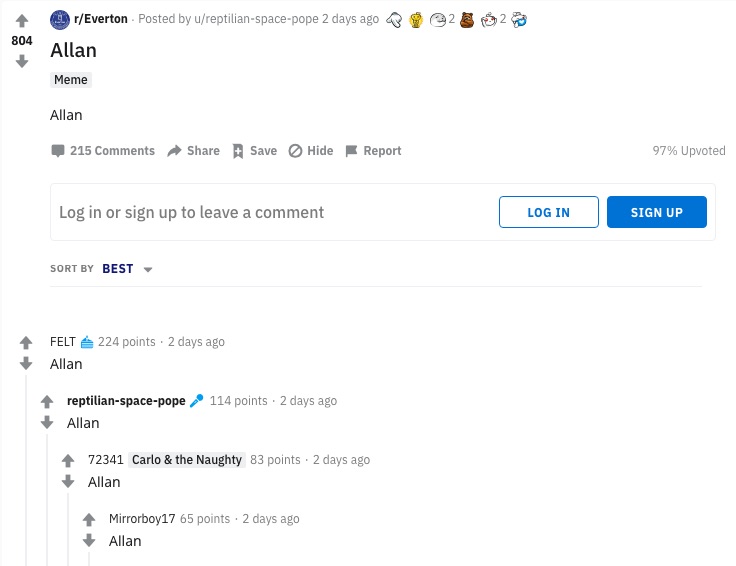 Simple and effective, just like Allan’s debut against Tottenham. 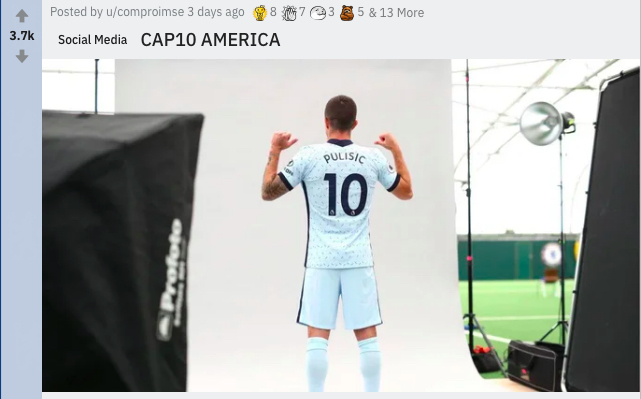