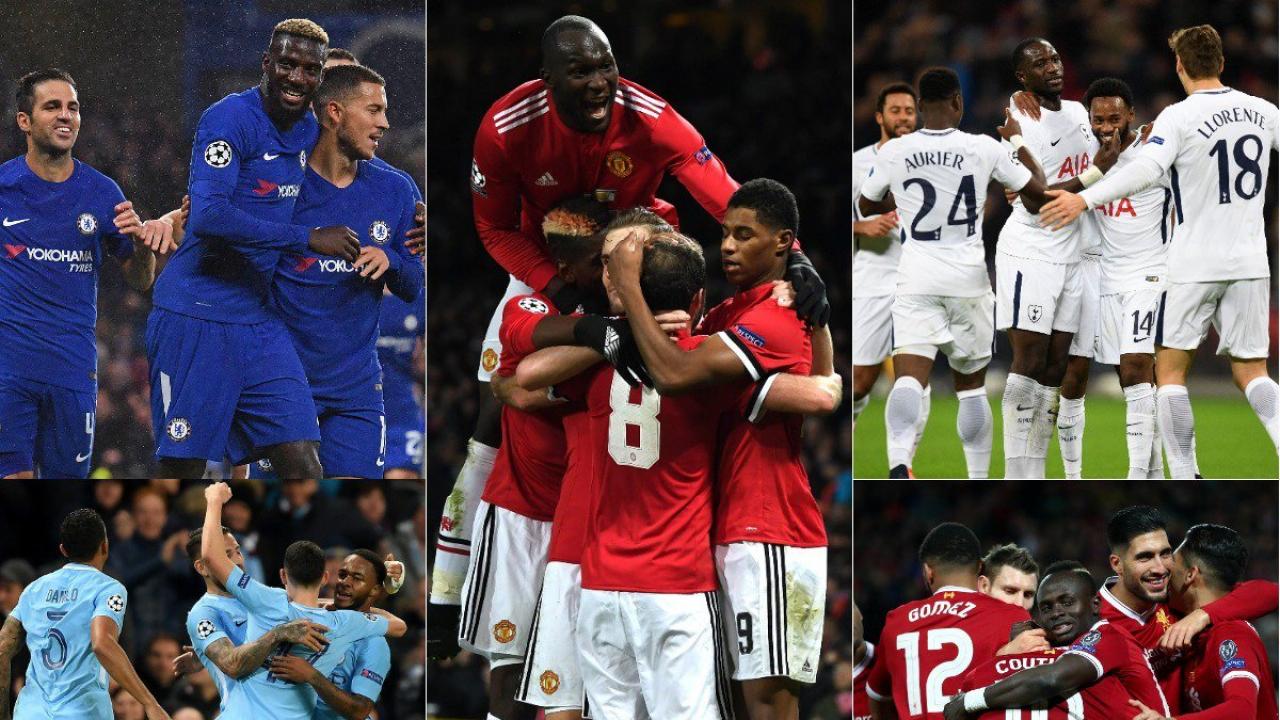 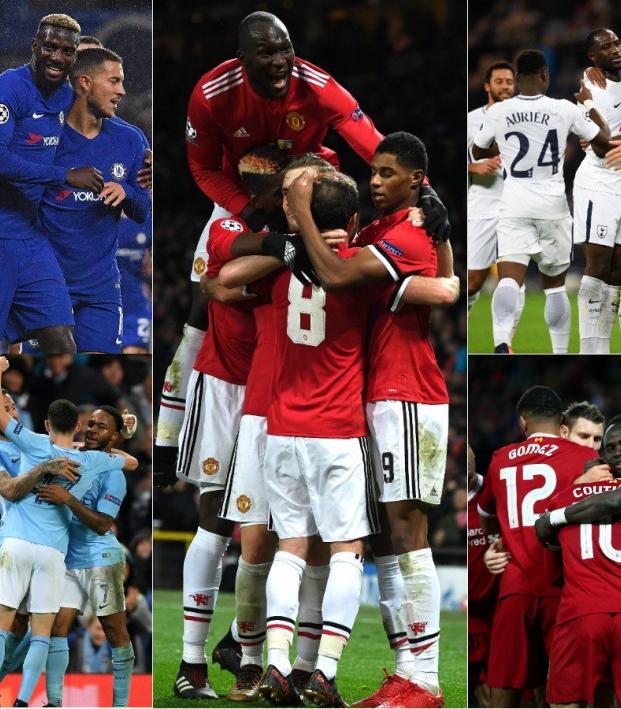 EPL Sets Record With 5 Teams In Champions League Knockout Rounds — Is That A Big Deal?

Travis Yoesting December 6, 2017
Are we impressed by the English Premier League sending all five of its clubs into the Champions League Round of 16? Not yet.

Since the Champions League went from using a second group stage to a 16-team knockout tournament in 2003-04, no league had ever qualified five teams for the knockout rounds — until now. With Liverpool’s 7-0 destruction of Spartak Moscow on Wednesday, the English Premier League officially placed five clubs into the Champions League Round of 16 in what is a remarkable turnaround for the league. Kind of.

As recently as March we asked why EPL clubs suck so badly in the Champions League. When Liverpool spanked Hoffenheim in August to give England five clubs in the competition for the first time ever, we pointed out how deplorable EPL sides have been in the Champions League in recent years and suggested this would be their chance to change the narrative. But when the group stage draw came out, we noted the great opportunity Manchester City, Manchester United, Chelsea, Tottenham and Liverpool were given thanks to delectably easy groups.

Placing five teams in the Champions League knockout rounds (nearly a third of the participants) is an outstanding feat. It’s the first time since 2006-07 that England advanced four teams as group winners.

No English club has won the Champions League since 2012, suggesting the league has been passed up at the top levels, but there’s no doubting the depth at the top possessed by the EPL. The Bundesliga is a one- or two-horse race every year, La Liga has two, maybe clubs three vying for titles and PSG and Juventus have dominated Ligue 1 and Serie A recently. The Premier League right now is completely different in the depth of quality in comparison to the other top leagues in Europe.

However, the easy paths each team took to the Round of 16 must be taken into account. English teams were given some of the easiest groups anyone could ask for (at least until we saw Russia’s Group A for next summer’s World Cup).

Liverpool finished atop Group E with 12 points (and a stunning plus-17 goal differential), but they ran up the score on lightweights Maribor (10-0 over two matches) and Spartak Moscow (8-1). 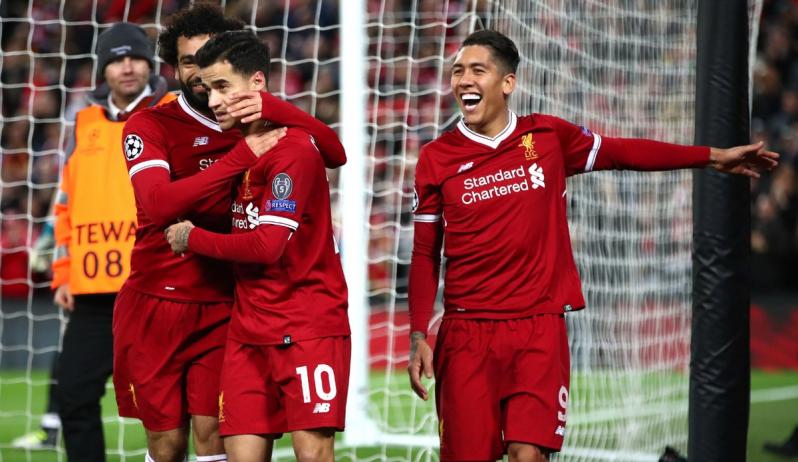 It was no surprise Manchester City won Group F, earning 15 points along the way. But the only other team in the group that was any good — Napoli — fell apart and never mounted much of a challenge, ultimately finishing in third place behind Shakhtar Donetsk. City faced so little competition they barely even tried in the final match, their first loss of the season on Wednesday against Shakhtar in which City keeper Ederson showed exactly how much his side cared with this display of ineptitude.

Chelsea finished tied with Roma on 11 points in a tricky Group C, but the Blues were aided by a deplorable Atletico Madrid, which couldn’t even beat Qarabag. (Roma won the group despite lower goal differential thanks to a stronger head-to-head result against Chelsea.)

Tottenham Hotspur’s 16 points atop Group H is the lone impressive performance in group play from an English club. Spurs earned a win and a draw over two-time reigning champion Real Madrid and twice beat Borussia Dortmund. But Dortmund, like Atletico and Napoli, was awful in the Champions League play, only registering two points via draws with APOEL. 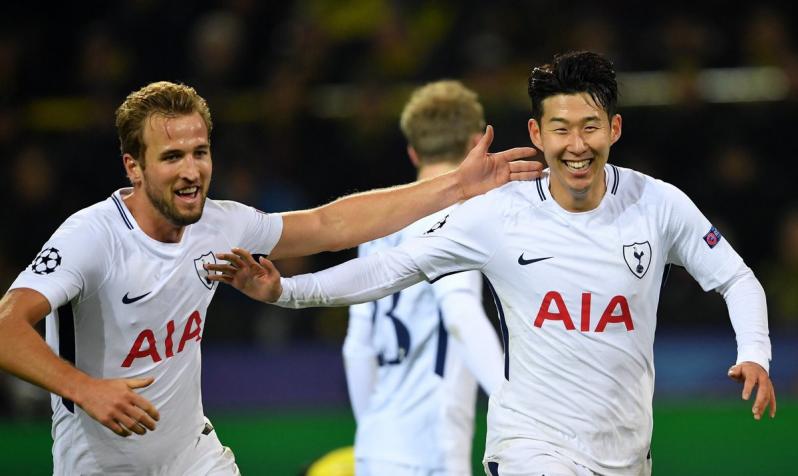 And while Tottenham had the best showing in the Champions League group stage of any club, their success domestically has waned, falling to sixth place, four points out the final Champions League berth.

We’re not saying English clubs and fans should not be excited and proud about the Premier League Champions League accomplishment, but it’s worth keeping in mind how little has actually been accomplished so far.

The SEC may be celebrating placing two teams in the College Football Playoff right now, but if neither Georgia nor Alabama wins the national championship in January, everyone (except the dunce Paul Finebaum) will claim they didn’t deserve two teams in the final four. The same rings true for the five English Premier League clubs in the Champions League knockout round. If only one team makes the semifinals or none reach the final, something no English club has done since 2012, then it will be seen as a blown opportunity instead of a banner year.

Manchester City, Manchester United, Chelsea, Tottenham and Liverpool have done well so far against the teams they were drawn against. We’ll find out Monday who they play in the Round of 16. But we can’t really judge the success of EPL clubs in the Champions League until the knockout rounds begin in February.

Fortunately, with Arsenal in the Europa League, they’re not guaranteed the formerly annual Gunners defeat in the Round of 16.