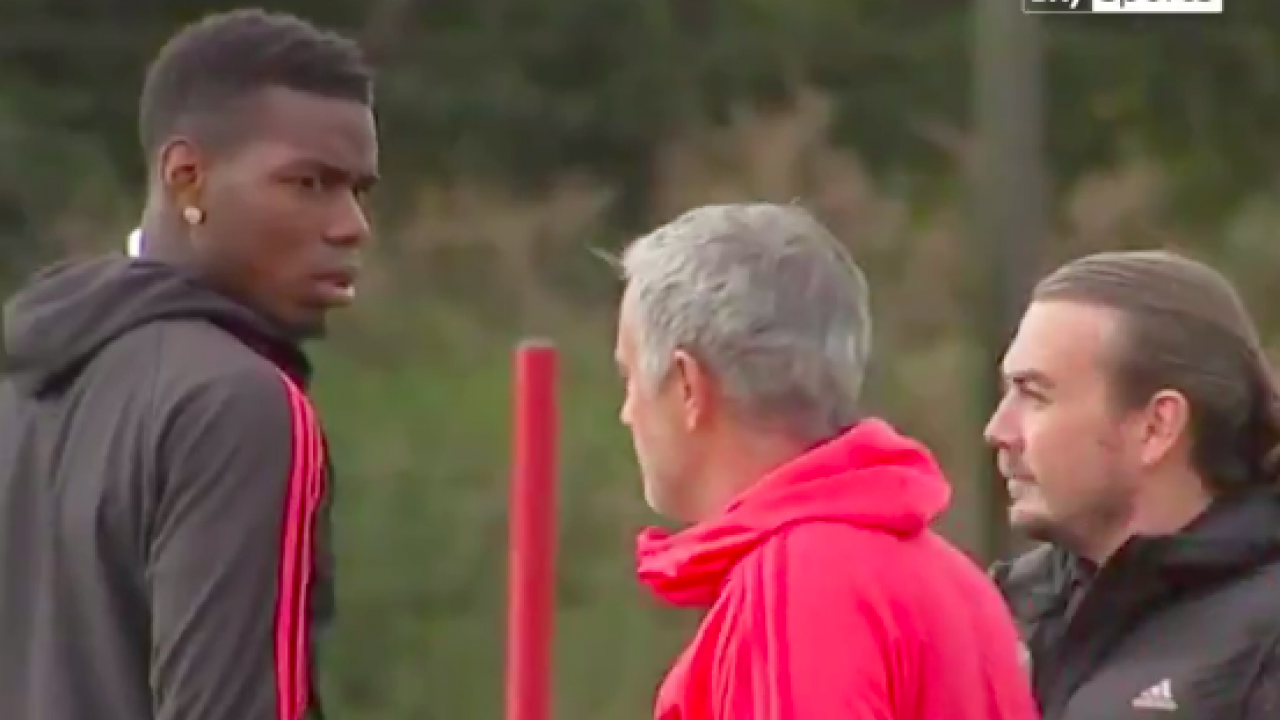 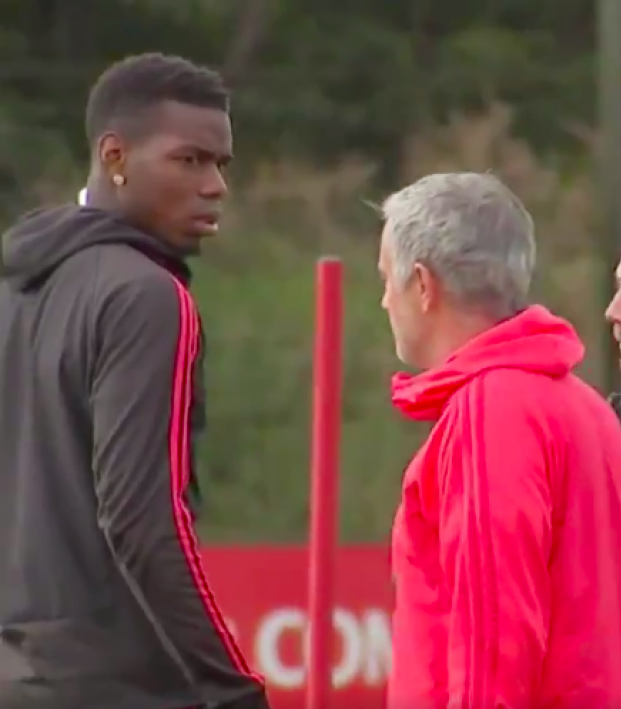 Forget MTV or TMZ, one need not look further than this Pogba Mourinho stuff at Old Trafford for some of the most eye-popping, high-profile drama of 2018.

There has been trouble abound in paradise for England’s most storied club in recent weeks as the Red Devils have stumbled early on in the season with a less-than-stellar start in domestic play, a manager who is feeling the pressure and discontent in the locker room.

Some say the problems are emblematic of “third season syndrome” for Jose Mourinho as this year was destined to be tougher and the burden of high expectations. Whatever may be the cause, it feels recently as if there is always something going on behind the scenes at Old Trafford.

And Wednesday, that something is this: An alarming clip from within the club’s practice, a day after the Premier League giants were dumped out of the Carabao Cup by Championship side Derby County.

One can only imagine what words these two exchanged. The Man United office may soon be getting calls from networks trying to pitch a reality show after this makes the rounds.

WHAT YOU SAY BOUT' ME?!pic.twitter.com/ID5A7NcvDf

The growing rift between star man Paul Pogba and manager Mourinho has been one of the most amusing and concerning storylines of the brewing storm.

The two have gone back and forth with blows this week. Pogba criticized Mourinho’s tactics in the side’s disappointing tie against Wolverhampton at home this past weekend. In response, it is reported that Mourinho stripped the Frenchman of his vice-captain duties. Now, we see that rift is really a big, gaping hole as this Pogba Mourinho video showcases just how much their relationship has deteriorated.

Considering this is not the look of two people who want to make up anytime soon, the question arises again as to who may find his way out of Man United first. Will Pogba move in January? Will Mourinho get sacked before that? It is certain you are going to want to get some popcorn and settle in to see how this one plays out.