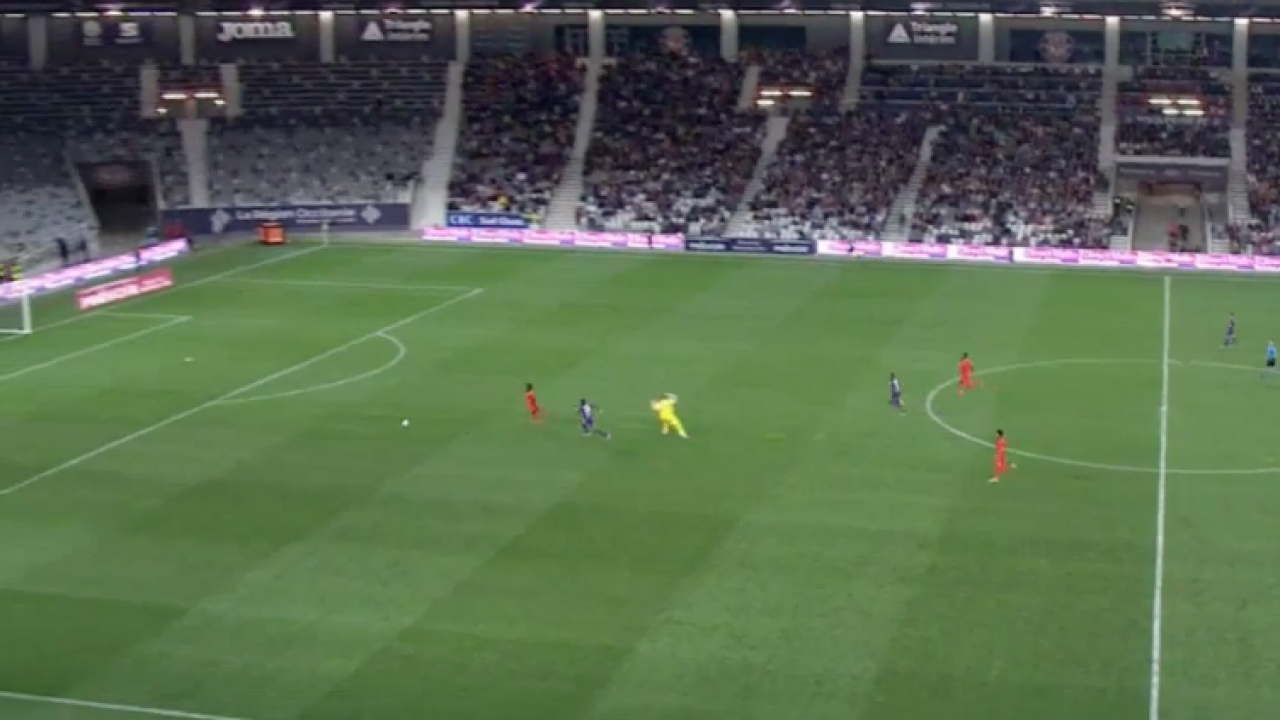 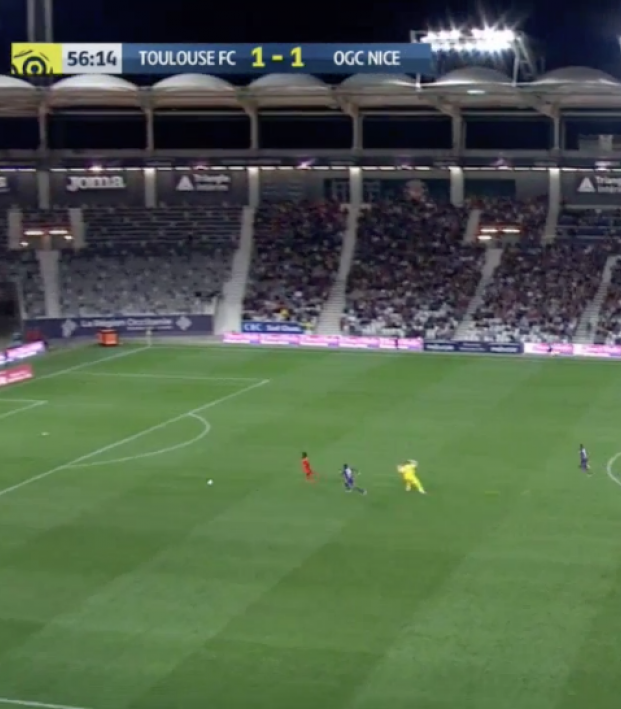 Patrick Vieira’s OGC Nice Guilty Of Trying To Walk It In, Somehow Failing To Score On 1-On-0 Counter

After Patrick Vieira left Arsenal for Juventus in 2005, a common complaint about Arsene Wenger’s Gunners (at least on “The IT Crowd”) was that they always tried to walk it in. Now as a manager in France (after starting his head coaching career at NYCFC), Vieira’s club was criminally guilty of trying to walk it in during the Nice vs Toulouse Ligue 1 match on Friday.

At this point, it was essentially a one-on-zero counter, with Saint-Maximin in possession and no defenders between him and the goal. While his touch took him a bit wide of goal, a simple left-footed pass into the back of the net would have given Nice a goal (and probably the win).

Instead, Saint-Maximin caught up to the ball and turned back inside, allowing Moubandje to get between him and the goal, forcing the Nice winger to play a ball back to fellow winger Bassem Srarfi. The pass, however, gave time for both Reynet and a third defender to get back, so Srarfi made another pass, this to striker Myziane Maolida. This pass wasn’t controlled properly and kicked clear by Toulouse, which somehow survived without conceding.

Had Vieira’s Nice Saint-Maximin just taken a first-time shot with his left foot and not tried to walk it in, Vieira would have recorded a fourth league win. Instead, Nice moved to 10th in the Ligue 1 standings with the draw.

But really, should we be surprised? Vieira played for Wenger for nine years with Arsenal, which often loved to create the perfect goal.

Maybe Vieira should’ve put Walcott in earlier, he might not have had such a ludicrous display.