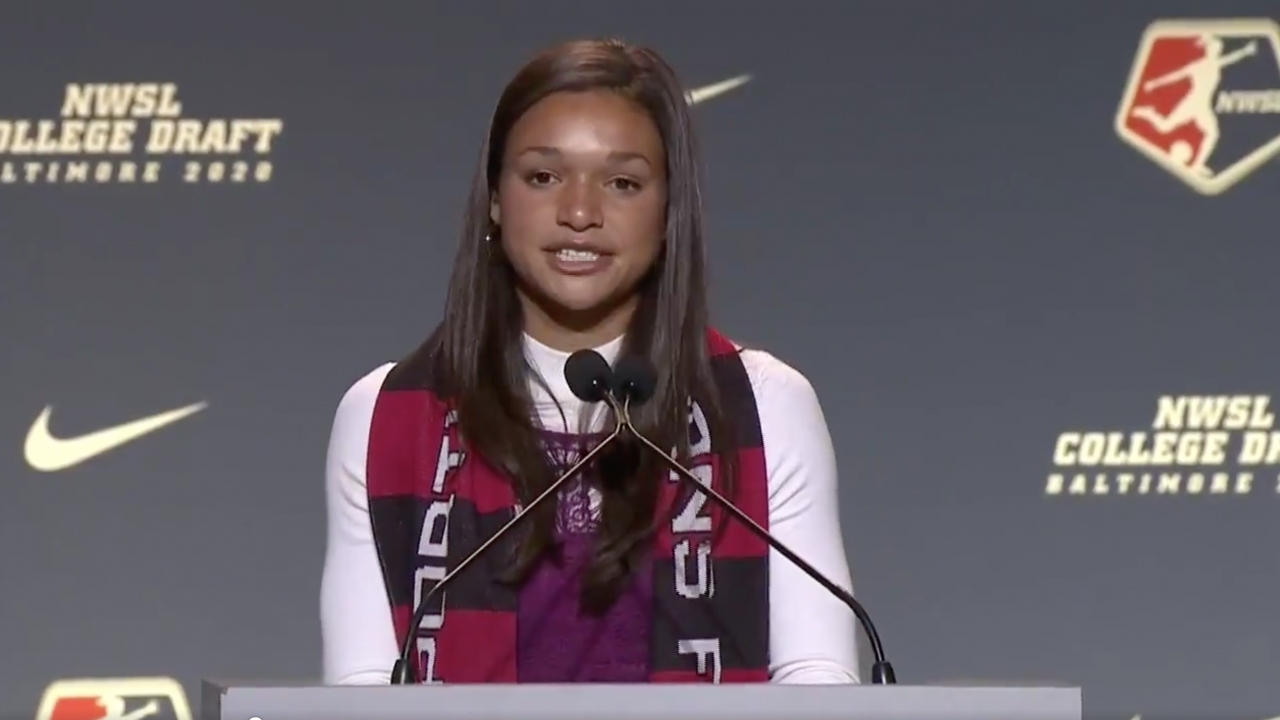 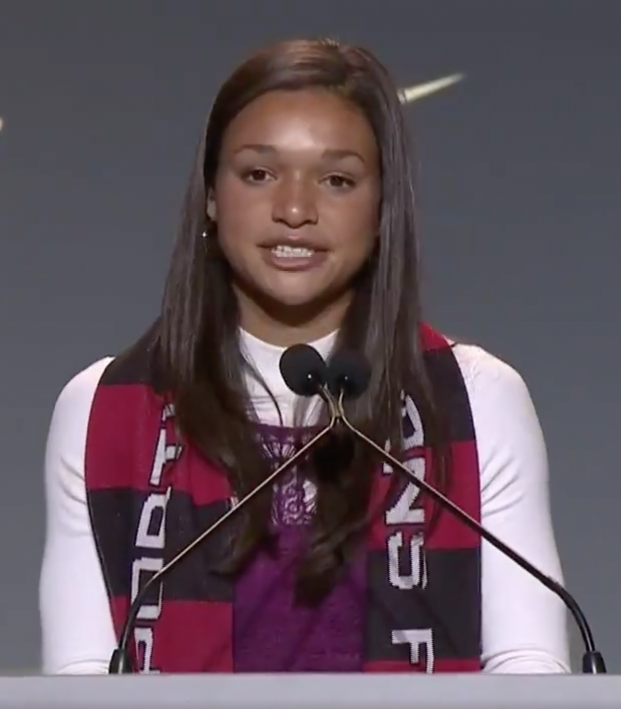 The NWSL Draft 2020, the eighth such draft for the league, featured a first. Sophia Smith, taken with the No. 1 overall pick by the Portland Thorns, became the first teenager selected in the draft on Thursday morning.

Smith, a 19-year-old forward who just finished her sophomore season with Stanford, won a national title and scored 24 goals in 33 games with the Cardinal.

Say hello to the first teenager to be drafted into the @NWSL.

Here's the big moment for @sophsssmith... and she crushed it. #NWSLDraft #BAONPDX pic.twitter.com/Pv5D3yfnvN

Smith was a late entry into the draft (she tweeted her goodbye to Stanford on Wednesday) and wasn’t even planning to be at the draft 24 hours beforehand.

“I just felt like this was the best time to take the next chapter of my life and my career,” Smith said. “I went for it and followed my heart.”

“I went for it and followed my heart.”@sophsssmith talks about her decision to turn pro. #NWSLDraft #BAONPDX pic.twitter.com/JzieJaLMhK

Smith became the third straight Cardinal to be taken No. 1 in the NWSL draft, following in the footsteps of Tierna Davidson in 2019 and Andi Sullivan in 2018.

In December, not long after helping Stanford win the national championship, Smith was named to Vlatko Andonovski’s first USWNT roster of 2020 for the January training camp ahead of Olympic qualifying. While a bit of a longshot to represent the U.S. in Tokyo this summer given the players ahead of her on the front line, her talent is obvious, and she could be a future star for the Thorns and U.S.

We can't wait to see @sophsssmith tearing up the pitch in her rookie season.  #BAONPDX pic.twitter.com/52NnFNfJic

Smith has also represented the U.S. at the youth levels.

Congratulations @sophsssmith, the first teenager to be drafted into the @NWSL

Portland had the top two picks in the draft and took Morgan Weaver of Washington State with its second pick. The rest of the draft finished as follows, and personally I think the Courage got a steal with Ally Watt at No. 6.

Time to catch some breath.

Curtains on the fourth and final round of the 2020 #NWSLDraft. pic.twitter.com/TZf5I5k0mQ

While the NWSL draft is far more important than the mostly useless MLS draft, there was a tinge of regret around the 2020 edition. While Smith was a great pick for the Thorns, the truth is no one in the entire draft comes close to the value of the woman who could have easily become the most exciting NWSL draft pick of all time.

Earlier this month, Florida State superstar Deyna Castellanos announced she would eschew the NWSL Draft 2020 and instead sign with Atlético Madrid. The Venezuela international, who has already been nominated for The Best FIFA Women’s Player, made it clear the NWSL pay structure does not favor international talents like herself. She’s a big loss for the league, but the 2020 draft picks will do their best to make NWSL fans forget about her.