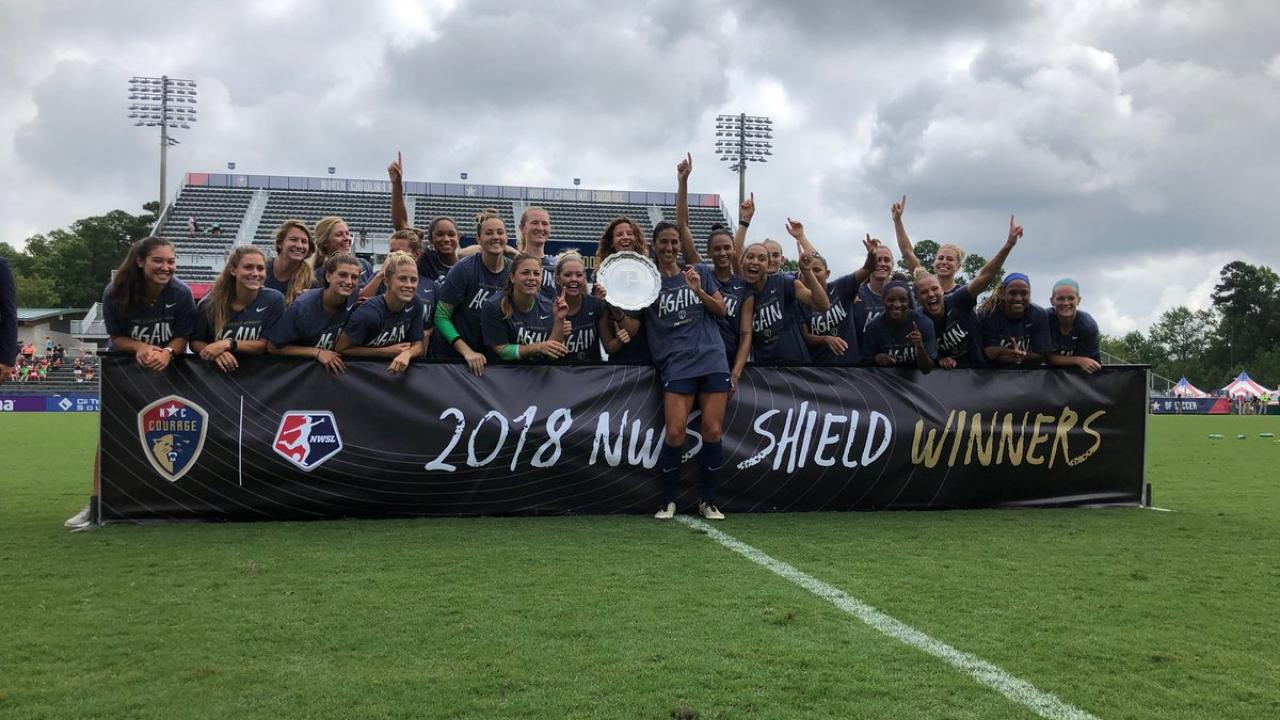 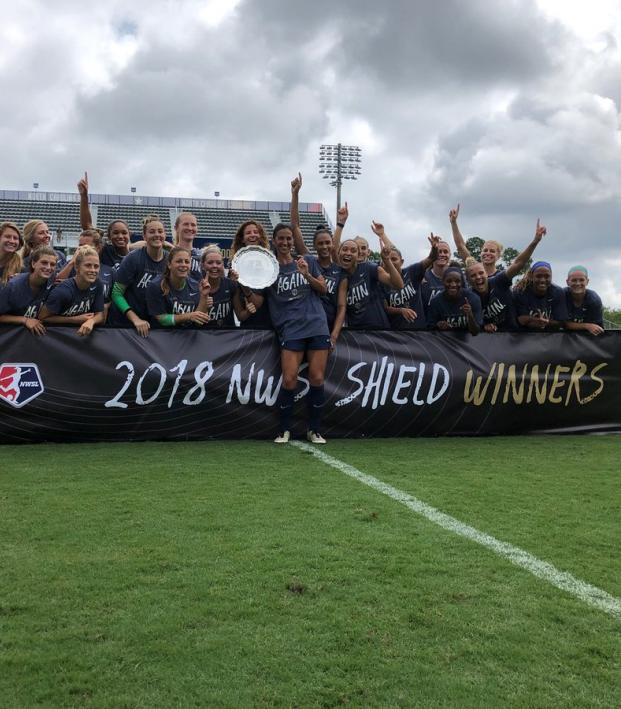 Hannah Lichtenstein August 20, 2018
The 3-0 victory over Orlando gave North Carolina its 16th win of the season with two games remaining.

The North Carolina Courage are the NWSL Shield winners. Again. The decisive match was set to be played on Saturday night but was postponed due to lighting, and when things finally did resume in Cary, North Carolina, Sunday morning, it was just another day at the office for the Courage. The team was able to bag a 3-0 win thanks to second half goals from Debinha and Lynn Williams.

With the victory, the NWSL’s most dominant club was officially given the Shield, an honor they seemed to have run away with a long time ago as they skyrocketed to the top of the table early on and have continued to widen their lead.

The Courage, who hold a 16-5-1 record, have racked up 53 points this campaign and their nearest contender, Seattle, is 16 points behind them.

The NWSL Shield is not to be confused with the NWSL Championship, which is decided via a playoff format at the end of September.

While the Courage have proved to be the top club week in and week out, capturing the “big one” — the Championship — has proven a bit trickier for Paul Riley’s side. The Portland Thorns claimed the trophy last year, beating the Courage 1-0 in the final.

#TBT to that time we won the 2017 @NWSL Championship... #BAONPDX pic.twitter.com/4Dm6zaGiwx

North Carolina looks even stronger this year and already has more points now, with two games left in the season, than it had at the end of last season.

They also showed the women’s soccer world just how good they are with a convincing win over defending UEFA Champions League winner Olympique Lyonnais in the ICC Tournament last month. The NWSL is perhaps the most competitive league in the world, but it's hard to argue with the claim that the NWSL Championship is NC Courage’s to lose this year.

Their opponents Orlando dropped crucial points. Again — for the fourth straight game. Tom Sermanni’s team, which boasts the likes of Alex Morgan, Marta and Sydney Leroux, is oozing with talent but has proven to have some troubles defensively that have cost them in the final stretch.

To call the NWSL playoff race tight would be an understatement. With almost every club having two or three games left in the regular season, six teams are within eight points of each other and there are three postseason spots up for grabs. Playoffs start on September 14th and it's sure to be a nail-biting end.