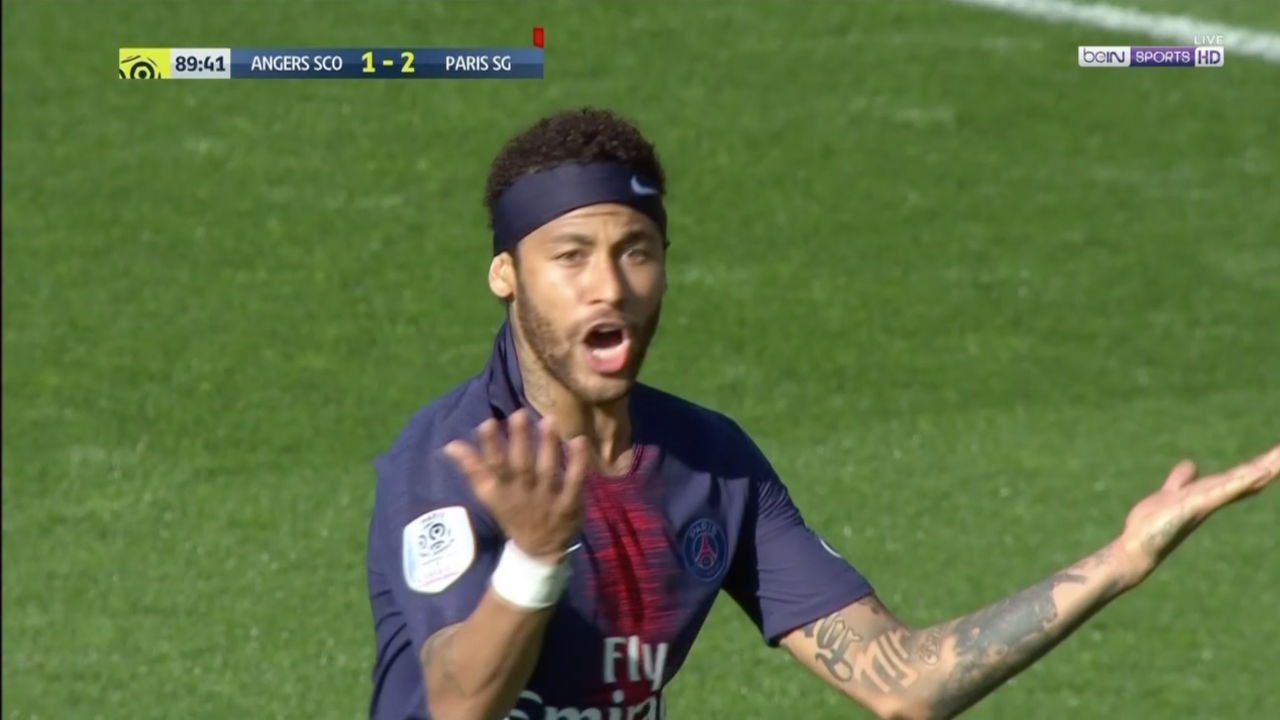 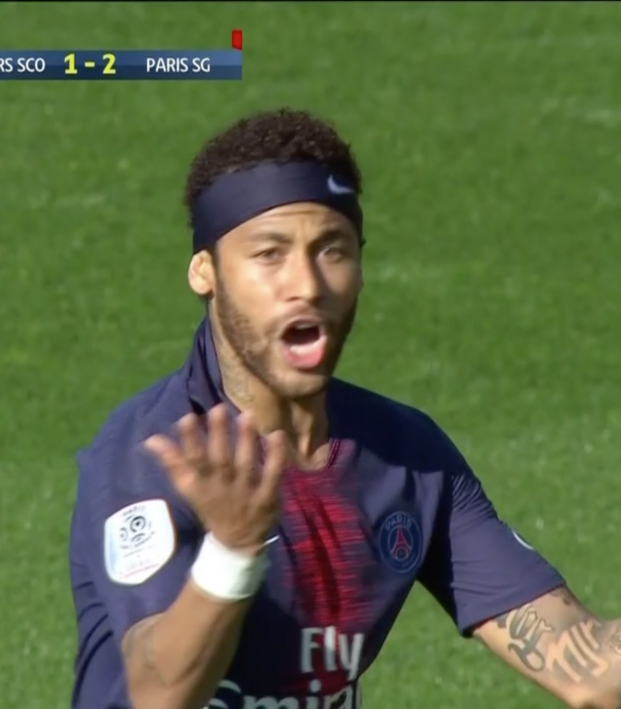 Travis Yoesting May 11, 2019
Was this a fashion faux pas, an homage to Kylian Mbappé or just a Nike advertisement?

Paris Saint-Germain continued to play out the string on Saturday against Angers. Having clinched the Ligue 1 title and after suffering a shock loss in the Coupe de France final, PSG’s final three matches are little more than glorified friendlies for the Parisian club.

So perhaps with that in mind we saw a new Neymar headband on display Saturday in PSG’s 2-1 sunny stroll past Angers.

This wasn’t the first time Neymar has worn a headband, nor is it likely to be the last. He’s worn similar headbands in the past and also has sported “100% Jesus” headbands while playing with Brazil during the 2016 Olympics.

But you got the feeling this was more than just a fashion statement.

Neymar was playing despite a three-match ban for hitting a fan, a ban that will start after this match. He took advantage of what will be his final appearance this year by scoring his 15th goal of the Ligue 1 campaign.

Of course, since he was wearing the new Neymar headband, the Brazilian No. 10 scored with his head.

It’s enough to make us wonder if this was all some elaborate marketing ploy from Neymar and Nike. If so, we’re impressed with Neymar’s ability to pull off such an audacious plan and score with his head. Neymar has done similar actions in the past, as when he balanced his Nike boot on his head after a goal.

Or maybe Neymar just wanted to act like a ninja for the day, as we all like to do from time to time.

Another possibility is that it’s an homage to teammate Kylian Mbappé.

Mbappé was sent off for a horrible challenge in the Coupe de France final and consequently handed a three-match ban of his own. PSG teammates like to tease Mbappé for looking like Donatello from the Teenage Mutant Ninja Turtles, so this Neymar headband could be a perfect shout-out to his teammate.

In addition to his goal, Neymar had a great assist to set up Angel Di Maria to make it 2-0 in the second half.

Angers would pull to within 2-1 after Marquinhos was sent off for a denying a goal-scoring opportunity in the 85th minute. The ensuing penalty was saved by Gianluigi Buffon, but Flavien Tait knocked the rebound into the back of the net to make the final minutes interesting.

All the while, Neymar was arguing with referees. He then went down to the other end and pulled off a lovely rainbow move only to be annoyed yet again by officials when it was ruled he knocked the ball out of bounds.

In the end, PSG held on for the 2-1 win, not that it really meant much to either team, Angers with little to play for near midtable.

PSG will finish the season with matches against Dijon and Stade de Reims.