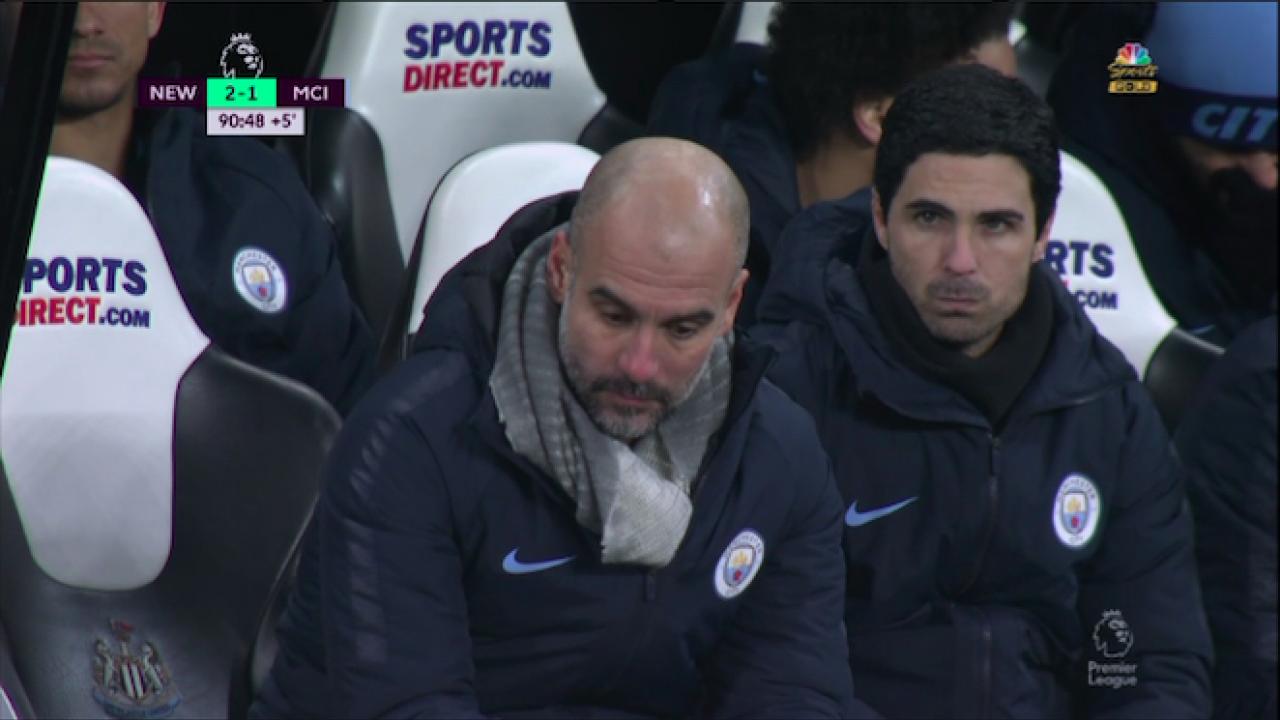 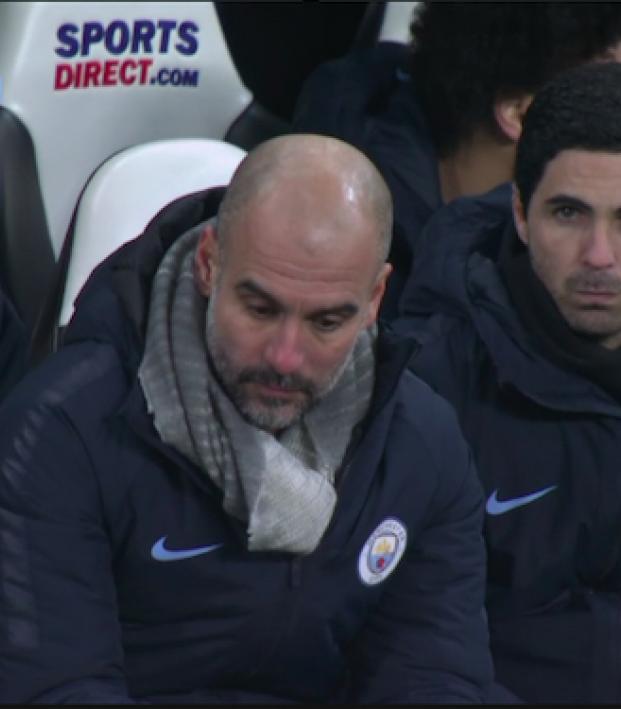 Manchester City’s Title Defense Goes To Tatters Up In Newcastle

Connor Fleming January 29, 2019
Newcastle scored with both of its shots on target and it’s over to you Liverpool.

Pep Guardiola will not have enjoyed this.

Last season, the Manchester City boss escaped his first-ever trip to St James’ Park with the narrowest of 1-0 victories. “We did absolutely everything but it is difficult to play when the other team doesn’t want to play,” said Guardiola after that one.

Newcastle put 10 men behind the ball at all times, and City could’ve easily been up 4-0 inside 30 minutes, but a draw was almost snatched by Rafa Benitez’s men in the final five minutes. That particular footballing lesson stayed with Guardiola until today’s encounter.

Sergio Aguero has scored 14 goals in his 12 #PL appearances against Newcastle – more than any player has scored against an opponent for a single club in the competition’s history#NEWMCI pic.twitter.com/tanCb6WeVK

So was it really a surprise when 24 seconds into the game, Aguero popped up with the opener? Not at all.

Sergio Agüero only needed 24 seconds to find the back of the net -- the fastest Premier League goal of the season! pic.twitter.com/HoTXivxUil

The 16-to-1 odds against Newcastle winning looked completely justified. How could a team made up of USMNT icon DeAndre Yedlin, loan people Salomon Rondon and Kenedy and — most absurdly — a midfield pairing of Isaac Hayden and 21-year-old academy graduate Sean Longstaff go toe-to-toe with the axis of David Silva-Fernandinho-Kevin De Bruyne?

The task was made a lot simpler by City’s extreme ennui after the opener.

Newcastle made life difficult for the visitors, but Guardiola looked like he was on the verge of sleeping in the dugout, and Raheem Sterling probably wishes he could’ve sat this one out too.

Truth be told it was a pretty shitty game — the kind of game that suites Newcastle.

So Newcastle’s first shot on target of the match, coming from Rondon in the 66th minute, was good for a goal.

In the 80th minute, Newcastle’s delight was doubled when Fernandinho clumsily brought down Longstaff in the area. Matt Ritchie duly converted from the spot.

Liverpool hosts Leicester City on Wednesday with an opportunity to open up a seven-point lead at the top of the table. The victory brought Newcastle up to 14th, five points clear of the drop zone.

Combined with news of Newcastle finally breaking its 14-year transfer fee record for Atlanta’s Miguel Almiron, it’s been a good day on Tyneside.