After Finally Ponying Up The Cash, Newcastle Has Been Handed The Keys To Survival In Miguel Almiron 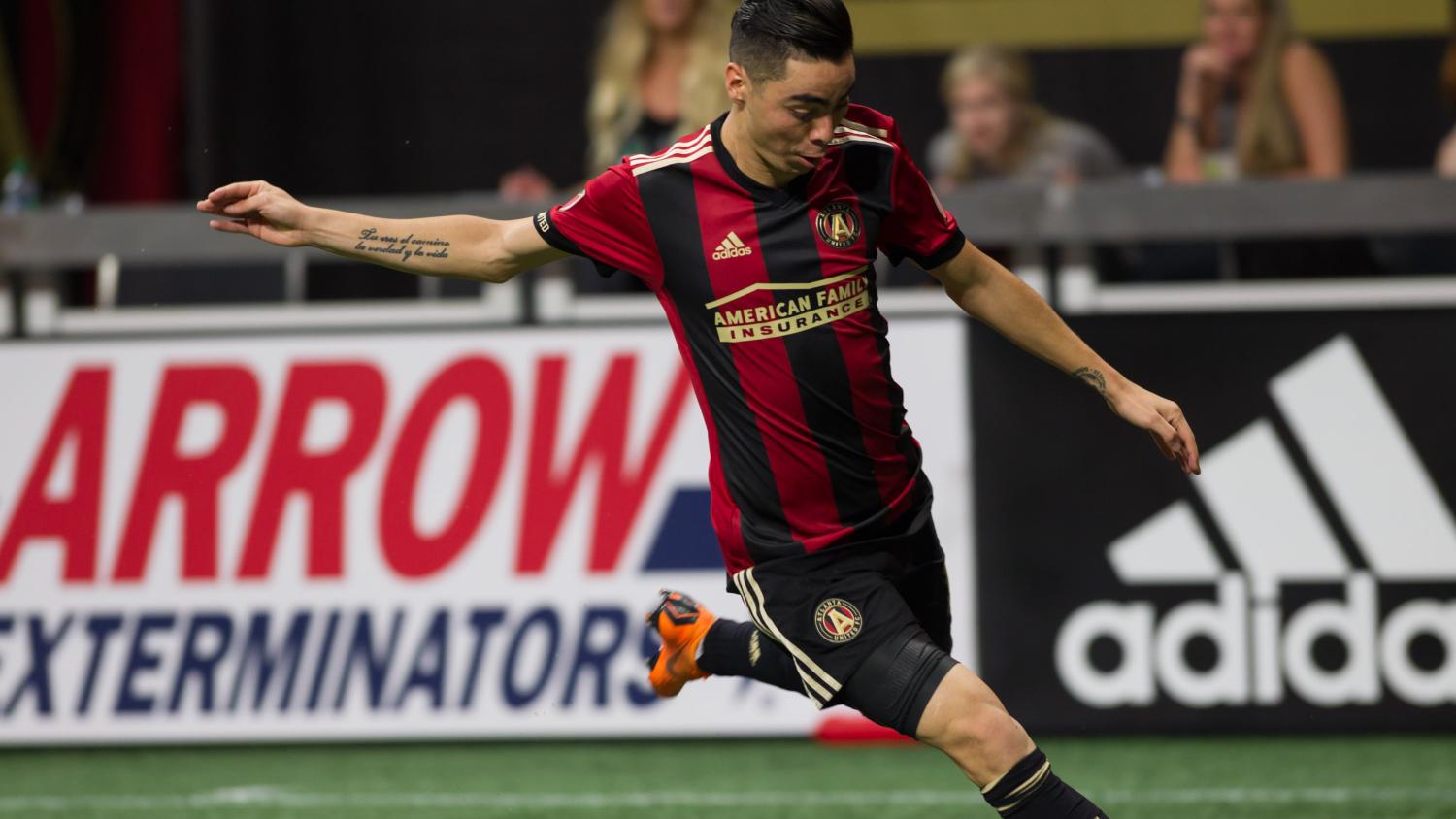 This is going to work, go ahead and @ me.
Shutterstock

According to The Atlanta Journal-Constitution, Sky Sports, Taylor Twellman and The Telegraph (so if Mike Ashley gets blackout drunk and firebombs the deal, don't blame me), Newcastle United and Atlanta United have finally agreed to terms on the transfer of Miguel Almiron to the Premier League. The fee is believed to be in the range of $27 million, smashing the previous MLS record transfer fee received, which was the $13M (potentially rising to $22M) that Bayern Munich shelled out for Alphonso Davies.

It’s no surprise that MLS is setting that bar ever higher these days, but it does come as a massive surprise that Newcastle has finally broken its own transfer record, one which had previously stood for 14 years. In an era flush with gobsmacking fees, Newcastle’s $21M outlay on Michael Owen back in 2005 had become symbolic of Ashley’s penny-pinching regime (he purchased Newcastle in 2007).

The 25-year-old Paraguayan was almost always deployed as an attacking midfielder, but he’s also capable of playing the false nine role or contributing from the left wing (he’s left-footed). He’s a lot of fun.

But can he make the grade at Newcastle? Yes. Full disclosure, I’m a Newcastle fan, and my favorite player is attacking midfielder Ayoze Pérez, so this pains me some deal, but it’s absolutely time that Ayoze was given some fierce competition for his place.

The 25-year-old Spaniard has a dash of quality that no one else at St James' Park possesses, and Rafa Benitez knows that he’s full of sacrifice and work rate, but his impact in the final third simply hasn’t improved enough since 2014, when he arrived from Tenerife and quickly endeared himself to the Toon with seven goals in his first season in England.

He was wildly inconsistent last campaign, and although a return of eight goals and four assists in 36 games paints a decent picture, he approached April with only two goals before going on a late tear.

That’s again been the case for Ayoze this year as he’s registered only three goals and one assist in 22 games.

In the battle for survival, Benitez knows that he can trust Ayoze to fight and scrap, but a total team return of 19 goals in 23 EPL matches paints a very damning picture — if Newcastle is to survive, it needs a bit more quality in the final third. We can’t just keep punting it at Salomón Rondón whilst thanking God he’s not Joselu. That’s not a tactic.

And maybe there’s room for both Ayoze and Almiron in the starting 11 — Newcastle’s left side has been home to both Kenedy and Christian Atsu this season, but GOOD LORD. It’s a broken home.

Those who think that Almiron will have trouble hacking it in the rough and tumble Premier League probably don’t know anything about MLS, or what it’s like growing up playing in Barrio Obrero, Asunción.

"They're all excited because they're bringing in a £20m player. They're got a 50,000 regular attendance at St James' Park but they won't have a clue who this player is!"

So get to know him.