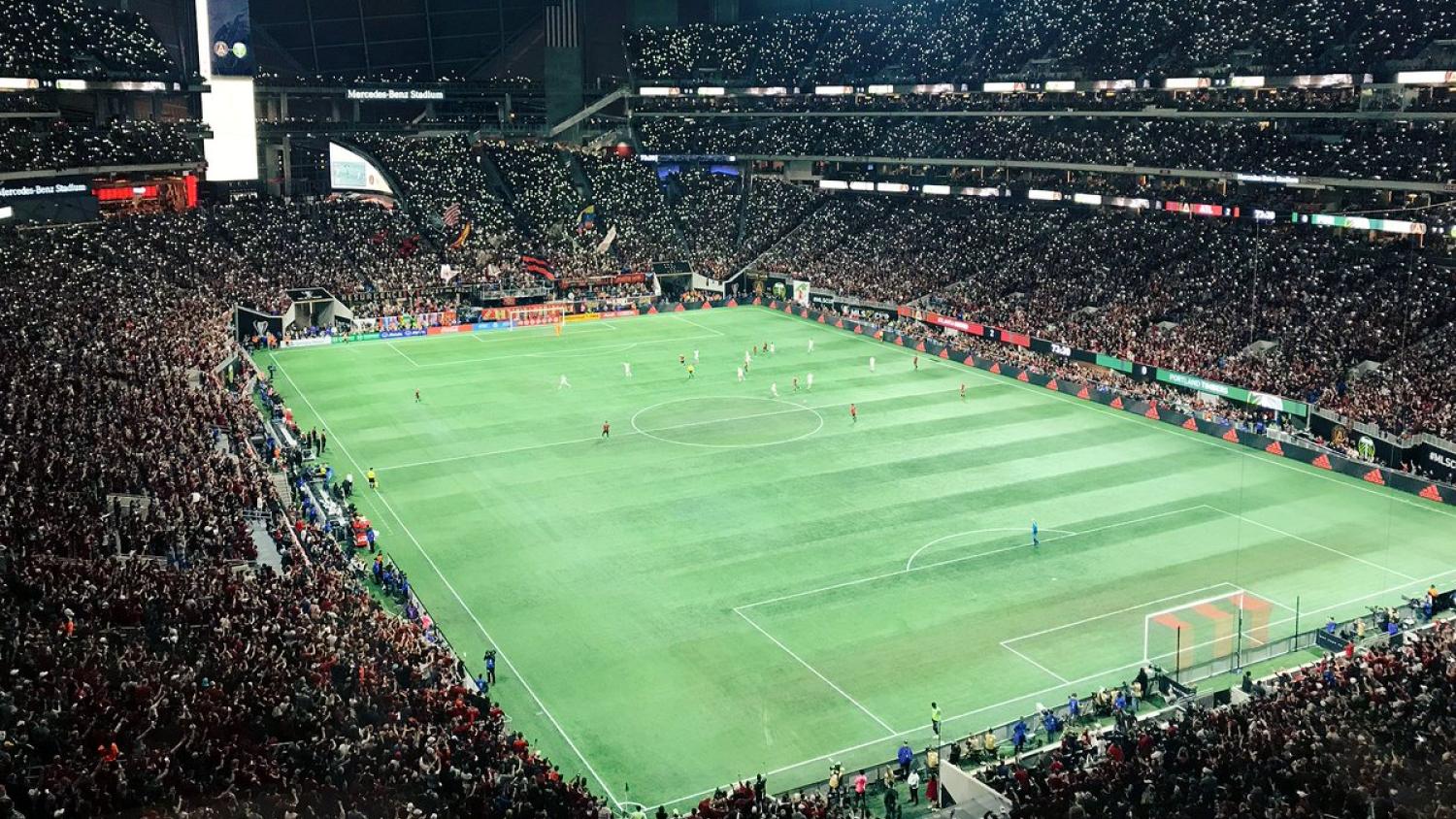 Take a bow, Atlanta. You earned this.

Atlanta United defeated the Portland Timbers 2-0 in the MLS Cup final on Saturday at Mercedes-Benz Stadium in Atlanta. As much as the Five Stripes earned their victory with thrilling offensive play and some heroic defending when needed, this MLS Cup championship is really all about the fans in Atlanta.

Atlanta set the league on fire last season when the city got its first MLS team. First the fans flocked to Bobby Dodd Stadium in impressive numbers, but the real fun began when Mercedes-Benz Stadium opened up, as 70,000-plus fans were a regular occurrence in a league where 25,000 fans is considered a strong crowd.

This season, Atlanta United set both the single-game and average regular-season attendance records. MBS saw 72,243 fans show up for a match against Seattle in July, part of an average attendance of 53,002. The city also set the attendance record for an All-Star game in August.

But 70,000 fans don’t mean much if they’re quiet. Fortunately, the fans in ATL have been every bit as exciting as the players on the pitch.

In addition to the regular stream of celebrities, the Five Stripes fans have put together some awesome tifos, our favorite being this one for outgoing manager Tata Martino, who will take over the Mexico national team now that the MLS season is over.

On Saturday night, Atlanta once again brought it with a freight train tifo.

Can't stop the freight train.
One more to conquer.#MLSCup pic.twitter.com/ngX1bCVqds

The tifo was unveiled after an unreal rendition of the national anthem by young Malea Emma Tjandrawidjaja (seriously, check it out here if you haven’t seen it yet).

The tifo was seen by the record 73,019 in attendance, an MLS and MLS Cup final record. It was the largest crowd for any standalone MLS match (as in, not part of a doubleheader). NASL actually had some higher attendances at Giants Stadium in the 70s.

And the crowd was into it from start to finish.

As great as the fan support as been, the product on the pitch has matched it every step of the way. With the likes of Josef Martinez, Miguel Almirón, Héctor Villalba, Ezequiel Barco, Darlington Nagbe, Jeff Larentowicz, Michael Parkhurst and Brad Guzan, Atlanta nearly set the MLS regular-season points record this season (it equaled Toronto’s previous record set last year but was two less than the New York Red Bulls this season).

On Saturday in the MLS Cup final, Atlanta proved it was the best team in the league with another strong playoff performance.

United had a first-half penalty shout denied by the officials (and the VAR) but the first great chance came from Almirón, who nearly put Atlanta up with this acrobatic effort, only to be denied by a more acrobatic save from Jeff Attinella.

But the first goal of the MLS Cup was always going to be scored by the one and only Josef Martinez.

After setting the league record for goals in a season with 31, Martinez took advantage of a bad giveaway in defense to open the scoring in the 39th minute.

Martinez, who, yes, was named MVP earlier this week, now has 35 goals this season, including the postseason.

And the ATL fans went nuts.

This is what it means

There was some debate as to whether Atlanta’s Michael Parkhurst played the ball and Martinez was offside, but it’s unclear Parkhurst even had the touch on the ball sending it back and Martinez was kept onside by a couple players on the far side of the pitch.

Atlanta United went into halftime leading 1-0, but only because Brad Guzan came up with the kind of save that reminds you that it might not be Manchester City bound Zack Steffen’s time as USMNT No. 1 just yet.

Martinez was in the middle of Atlanta’s second goal in the 54th minute. The Venezuelan flicked a set-piece to the back post where Franco Escobar gambled and won with a late run, finishing at the far post to make it 2-0.

Later on, Martinez was subbed off in the 76th minute to an impressive standing ovation for the league MVP.

Then Almirón, who is likely to leave for Europe over the offseason, was given a curtain call, replaced by Barco in the 90th minute.

Atlanta will be celebrating this victory for a long time to come.

Now if we can just get the rest of the league to be like this.