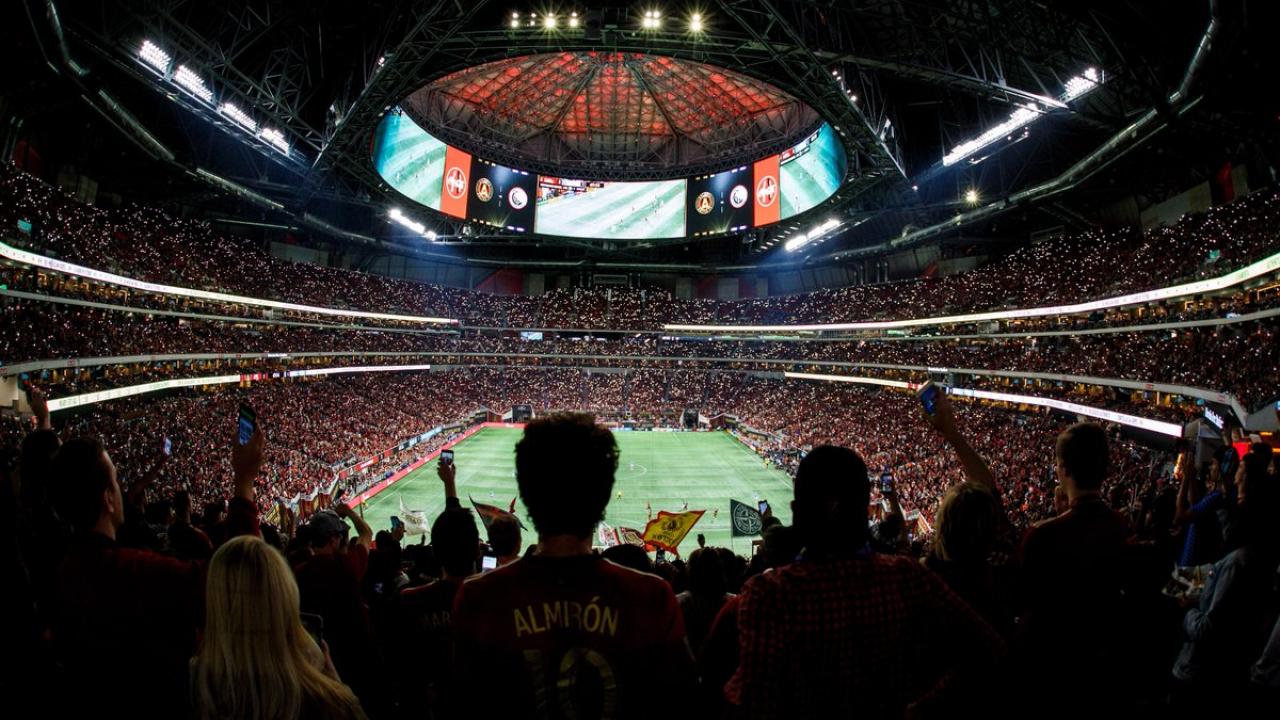 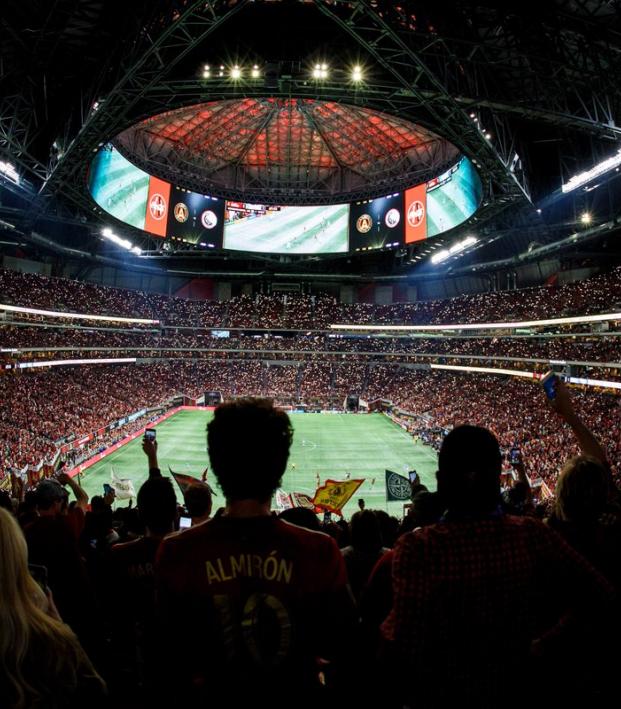 Personally, I think teams should walk out to an absolute din of noise — turn that sucker into a cauldron of seething guttural noises and that’s the way to upset the Timo Werner’s of the world. If you’re spending all your time pulling levers, climbing the masthead and being tucked away behind a sheet, the noise level will invariably drop. There’s too much cuteness and too much cleverness in an overly choreographed tifo.

Just gimme this and put it into my veins.

Having said that, yesterday’s tifo at Mercedes-Benz Stadium before Atlanta United defeated NYCFC 3-1 (4-1 on aggregate) to advance to the Eastern Conference Final was overly large, overly clever and one of the greatest things I’ve ever seen.

The 70,526 in attendance (damn, Atlanta!) got to feast their eyes on this image created for outgoing manager Gerardo “Tata” Martino, who’s rumored to be taking over the Mexico post.

"Not all heroes wear capes, but ours does."

The center of the tifo depicts a statue of Tata, and the humorous “Not all heroes wear capes…” quip is in reference to Tata’s dapper look.

It was a wonderful way to pay homage to the boss, and Tata’s own reaction was a tearjerker.

Here are all three Atlanta goals on the night, which were just as fun.

Miguel Almirón with the absolute screamer of a free kick! https://t.co/ltfJAYLdR9

If you don't know, now you know @Eric_Remedi and @JosefMartinez17 slam the door on this one. https://t.co/Va3OCTIkCs

Atlanta’s advancement sets up a showdown with the New York Red Bulls. Atlanta infamously lost the Supporters’ Shield — and the Eastern Conference No. 1 seed — to NYRB on the final day of the regular season.

This first match will take place in Atlanta on Nov. 25, and the second leg at Red Bull Arena will be played on Nov. 29. (Here comes the international break!)