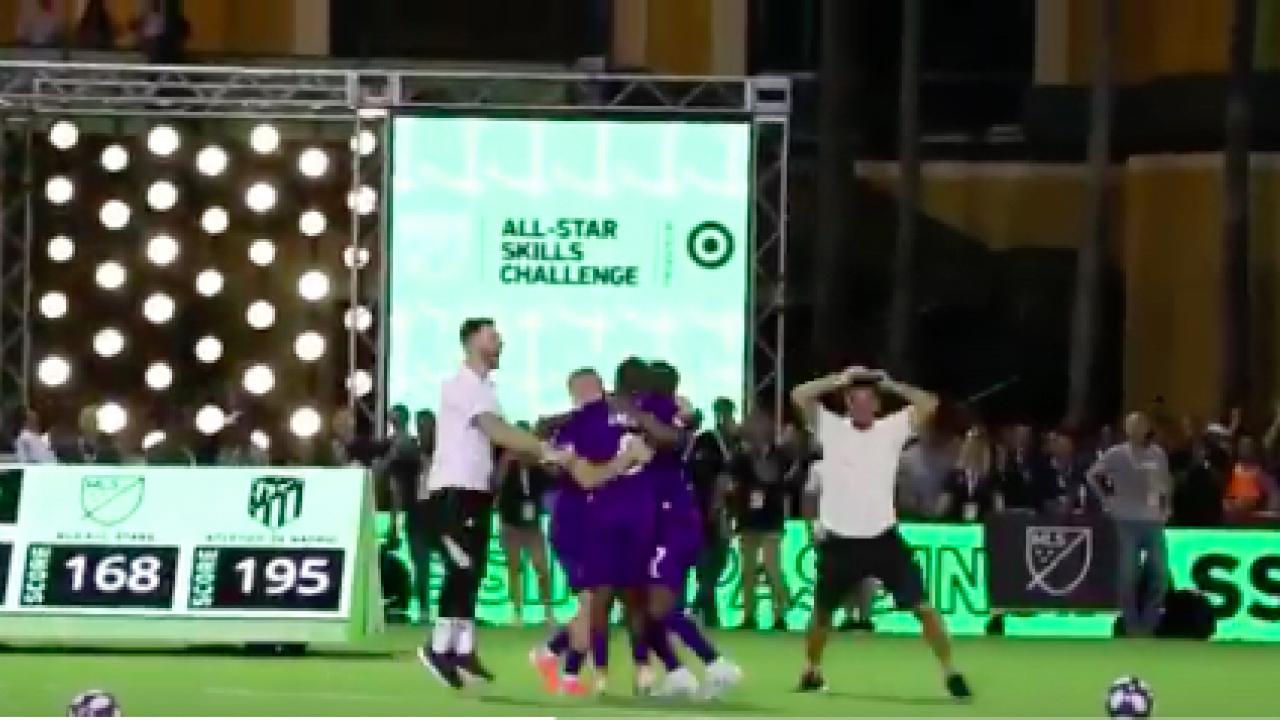 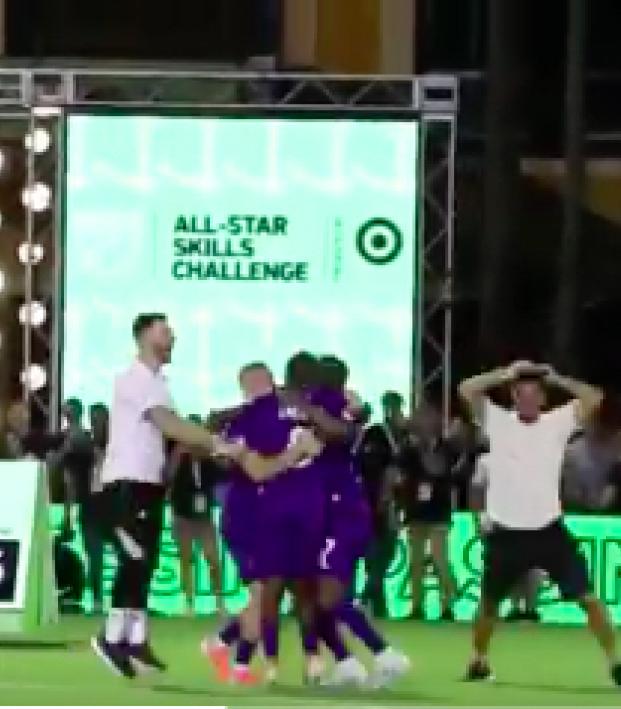 I’ll admit that my own excitement over last night’s MLS All-Star Skills Challenge led to disappointment for the better part of an hour. The Shooting Challenge round — kicks from the spot aimed at targets in goal — was turgid and tedious as all hell, and then I sank even lower after the Touch and Volley round, which I’d likened beforehand — in my own head — to be soccer’s equivalent of the NBA’s Slam Dunk Contest.

We watched 54 attempts during the Touch and Volley part of the contest, and only two left any sort of vague memories: Wayne Rooney smashing one.

And Chris Mueller with the only acrobatic effort of the round. (I thought everyone would be attempting chilenas all over the place, but I was very wrong.)

So we moved to the third and final round, the Passing Challenge.

I can only imagine the organizer's frustration when — after setting up this hugely intricate course consisting of targets that included point values of 3, 5, 10, 15 and a moving target strapped to a golf cart — every player ignored them all from start to finish and instead keyed in on the 25 points attached to hitting the distant crossbar.

So for six total minutes we watched some of the world’s best do the crossbar challenge.

But the thing is, the competition quickly went from *yawn* to “Holy shit! Did you see that?!”

19-year-old phenom João Félix looked insanely technically sound all night — not surprising given his new standing as the third-most expensive transfer of all time — and he looked to have given Atlético the victory when he found the crossbar with his team’s last kick of the round.

The Orlando City team had a lot of work to do to catch Atlético, and with the clock winding down on its turn, only a 25-point crossbar strike would be enough. With the final kick of the contest, 32-year-old Portuguese legend Nani did just that.

In the one-year history of the contest, we’ve never seen a more magical finish.

Here’s a collection of the night’s best shots.

The absolute best shts of the night.

We hope they bring this back next year with a few adjustments. It’d be fun to see soccer tennis or headis, goalie wars and something involving a giant trampoline. Those are my best ideas.