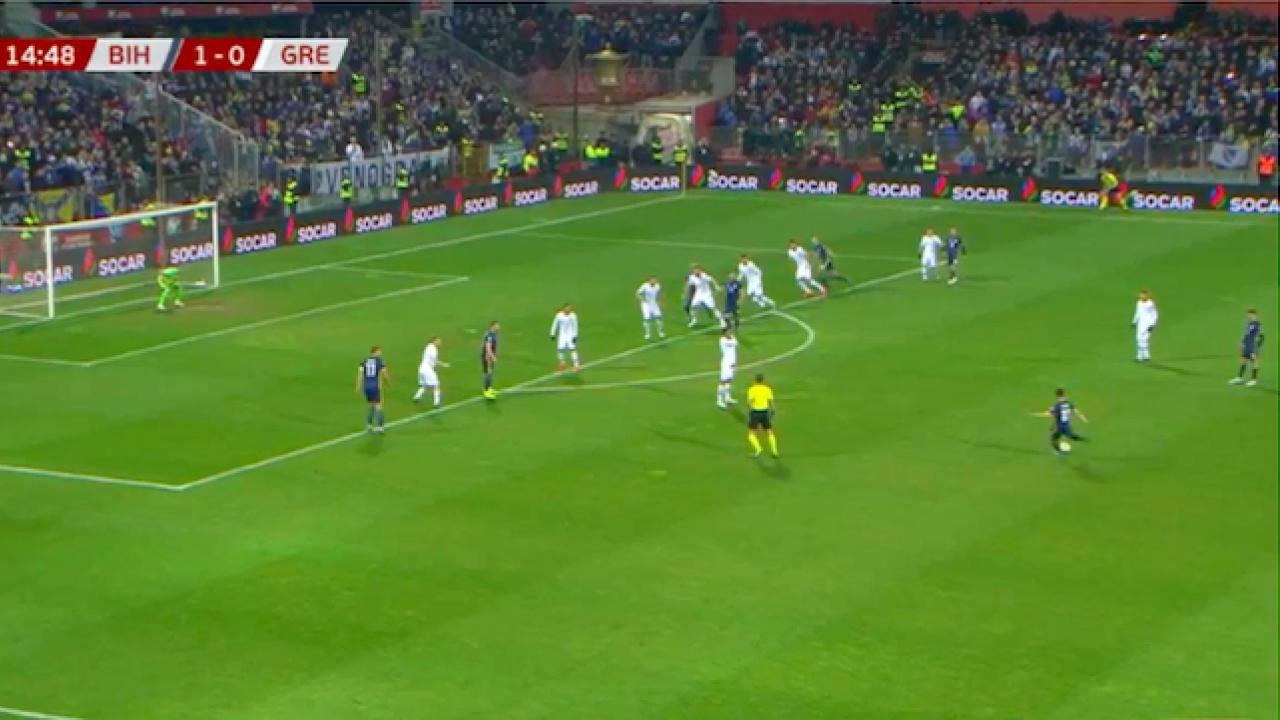 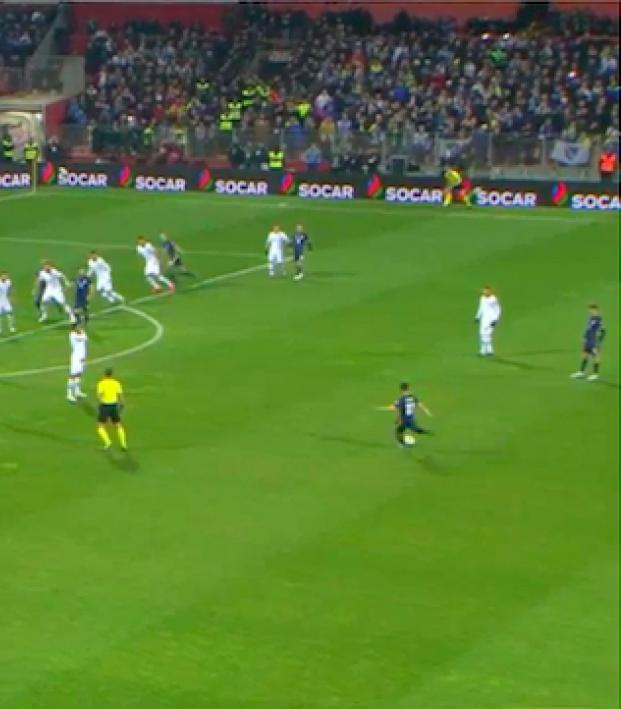 The arrival of Cristiano Ronaldo at Juventus has somewhat upset free kick duties. Before the Portuguese legend came, it was Paulo Dybala, Miralem Pjanic and Federico Bernardeschi who did the honors, and they did them well.

This season, Pjanic and friends have taken a back seat to Ronaldo. In fact, the only set piece Pjanic has converted this season was against Napoli back on Mar. 3 with Ronaldo hovering over the dead ball. Still, it’s a nice setup for what I’m about to show you.

What Pjanic did today is, I believe, what he would do to every non-professional goalkeeper on the planet, every time. He’d make them look utterly foolish.

So it’s unfortunate for Greece international Odisseas Vlachodimos that this is happening to him. Perhaps the 24-year-old Benfica shot-stopper could’ve used another body in the wall, but let’s take absolutely nothing away from Pjanic.

He makes it look easy, because for him, it is easy.

The goal would put Bosnia and Herzegovina up 2-0 in the 15th minute, but Pjanic would be sent off in the 65th minute and Greece would ultimately fight back for a 2-2 draw. That’s life.

BONUS CONTENT: Cristiano Ronaldo vs. a one-man wall at the 2014 World Cup