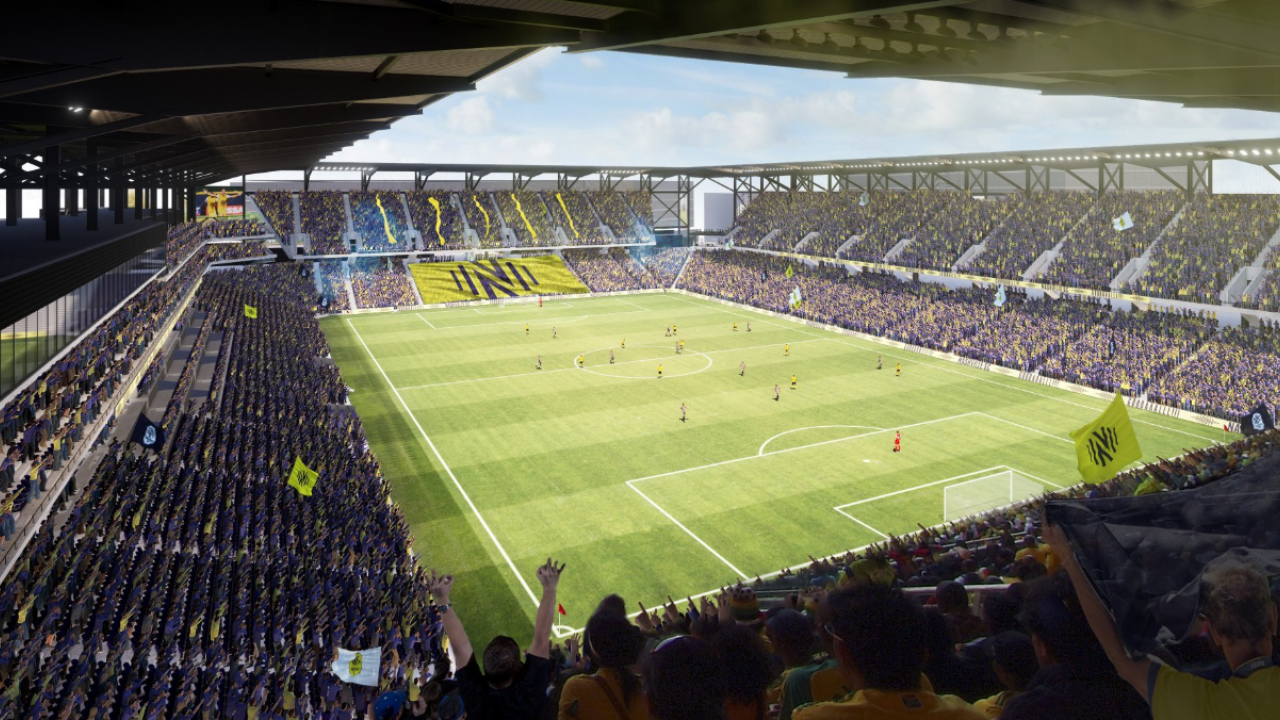 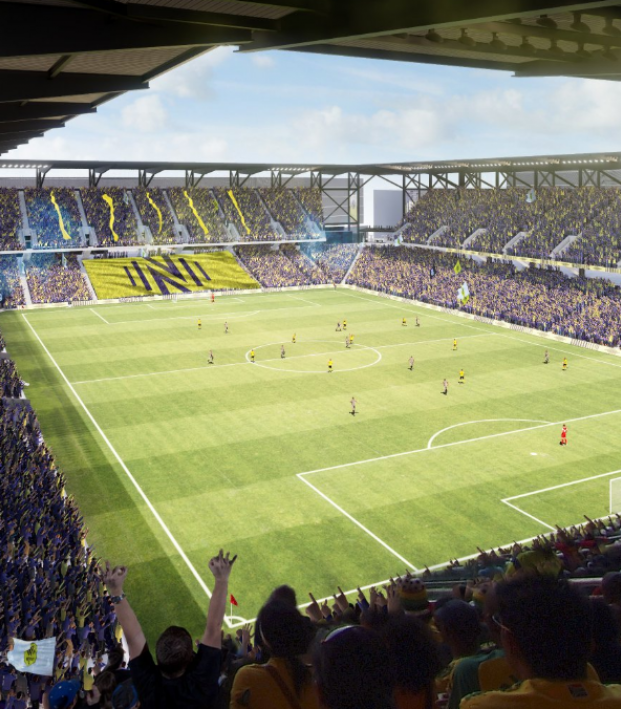 Nashville SC Released New Renderings For Its Soccer-Specific Stadium, But There's A Catch

Brad Homeyer March 27, 2019
Nashville will start its maiden MLS season in 2020, but just when its stadium got construction approval, the club was hit with another setback.

Nashville SC was recently awarded MLS status for the 2020 season. Expansion clubs in the recent past have quickly worked to build soccer-specific stadiums (Orlando SC, LAFC and Minnesota United). Nashville's currently playing in the USL Championship, and the club announced that it will be building the biggest soccer-specific stadium in the U.S. on the Nashville fairgrounds.

The initial renderings of the stadium looked pretty raw, but still interesting: full roofing and upper/lower decks and an assumed capacity of around 27,500. 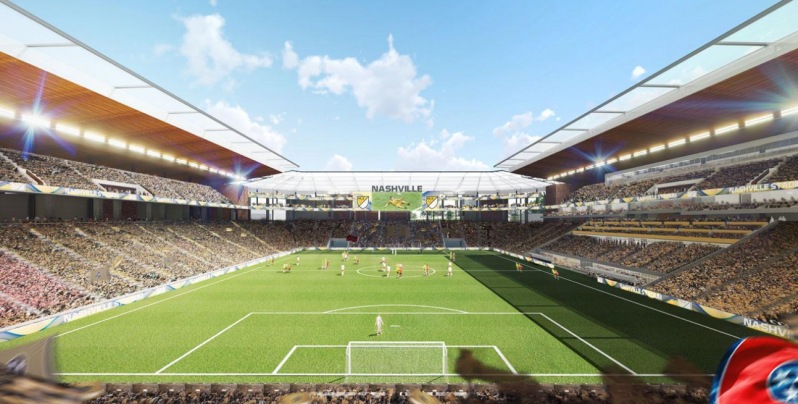 Just a few days ago, club CEO Ian Ayre released new, updated renderings of the stadium and they look awesome. With a distinctly MLS and American looking design, the stadium boasts upper decks in three of the stands, a full roof and luxury boxes. The new renderings now show a capacity increase to 30,000. The 30,000-seat stadium was proposed to open in Nashville’s second season in MLS (2021).

“Given the size, scope and challenges in building what will be the largest soccer-specific stadium in the U.S., we have adjusted our construction timeline such that we will begin play in our new stadium at the start of the 2022 MLS season,” said Ayre.

An update on Nashville SC from CEO Ian Ayre. #BandTogether

So, until 2022, Nashville will be playing home matches at Nissan Stadium, which is more or less disappointing.

The proposed stadium had its problems in the past too. Nashville Fairgrounds opponents believed that the stadium would harm the Flea Market and that other parts of the area would be irreparably harmed by the stadium's construction. An injunction meant to halt construction on the stadium was rejected by a Davidson County Judge.

Even though the construction was approved, the task at hand in building it must’ve been problem enough to push back the completion another year.

Regardless, it’s a good looking stadium. Hopefully for Nashville and MLS fans alike, it will be worth the wait.